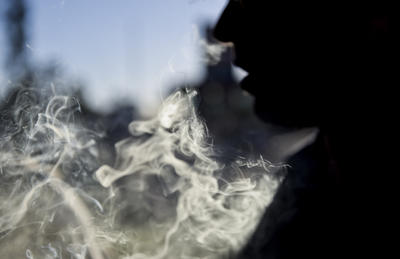 Australian youth are drinking and smoking less than before. AAP

Better parental attitudes about the dangers have been linked to the trend, identified by an analysis of more than 40,000 student surveys completed in Victoria, Queensland and Western Australia between 1999 and 2015.

But so, too, has the fact it’s become harder for kids to get their hands on harmful substances.

“Alcohol, tobacco and cannabis use all fell significantly from 1999 to 2015,” Australian researchers found, but noted higher levels of use in Victoria compared to the other two states.

It said the reductions appeared to go hand-in-hand with less tolerant parental attitudes towards drugs, and the fact students had greater difficulty accessing them.

Researchers say parents have heeded public health warnings about the dangers of even small amounts of alcohol during adolescence, and are now much less willing to give it to their kids.

The sale of alcohol to minors also has plunged from 12 per cent in 1999, to just one per cent.

“This is a game changer; we can see that parents are taking on the advice from our national health guidelines that even a small amount of alcohol is harmful to teenagers,” Prof Toumbourou said.

“And we believe this is what has seen Australia go from having one of the highest rates of alcohol use by high school students in the world, to one of the lowest.”

“All (are) critical in ensuring we protect our young people from drug and alcohol harm,” he said.

The study is the work of researchers at Deakin University, the Murdoch Children’s Research Institute, and the Alcohol and Drug Foundation, and has been published in the Drug and Alcohol Review journal.