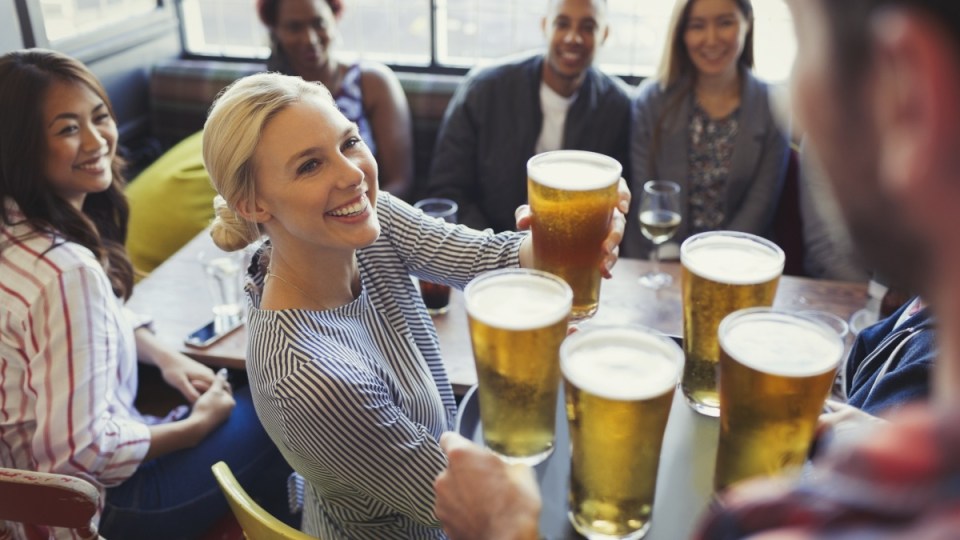 Can you cure a hangover? Photo: Getty

If your head feels like it has its own heartbeat and your stomach is so good at cartwheels it could join the circus, you may be looking for a hangover cure.

Hangovers are an all-too-familiar sensation for Australians, who drink a whopping 9.6 litres of pure alcohol a year, according to an Australian Bureau of Statistics survey.

So, to save you searching for the miracle cure in a head fog, we’ve asked the experts how to nurse a hangover.

What is a hangover?

It’s safe to say the majority of people are familiar with the symptoms of a hangover.

There’s the feeling that someone is poking your eye at the sight of the sun and a churning stomach that could have you running to the closest bucket or toilet bowl.

Sometimes the hands get a bit shaky, the heart palpitates and our brain is in a cloud, struggling to conduct basic tasks.

Geelong-based General Practitioner and Royal Australian College of General Practitioners Victorian faculty chair Cameron Loy said what’s “not clear” is what is actually happening to our bodies, with little research beyond our understanding of physical dehydration.

“We’ve never been clear about what is happening inside our bodies and research has been unable to isolate symptoms to a hormone or a compound,” Dr Loy said.

“The presumption is that a hangover is caused by the liver trying to process the alcohol, but what happens with the symptoms is where the story becomes unstuck.”

How much alcohol will cause a hangover?

Alcohol affects everyone differently and factors including gender, age and how much food and water was consumed before or during a night out will determine just how crummy we feel the next day.

“There’s not any clear measure where you can say, ‘if you drink this much you end up with a hangover,’” Michael Thorn, chief executive of the Foundation for Alcohol Research and Education, told The New Daily.

“It’s from an individual perspective and it certainly differs from person to person and for men and women,” Mr Thorn said.

A higher percentage of body fat in women is one such factor influencing just how ‘hung’ we feel when the sun comes up after a heavy night, according to Mr Thorn.

“A woman is more likely to get a hangover quicker than a similar sized man because there’s less non-fat [more muscle] to absorb the alcohol,” he said.

How do we reduce the likelihood of getting a hangover?

Dr Loy suggests the “revolutionary” idea of not overindulging in alcohol, drinking a non-alcoholic drink between drinks and spreading out drinks over the period of an evening.

“This is about overindulgence and we can fix that,” Dr Loy said.

To those wondering just how much is “overindulging” in our favourite wine, beer of cocktail, the GP said this was commonly defined as “binge drinking”.

Binge drinking is classified as about four drinks for a woman and five drinks for a ma, or a blood alcohol concentration of .08.

But Dr Loy said the reality was that Australians often consumed far more and on a “big night out” it was not uncommon to drink eight to 10 drinks.

Is there a cure for a hangover?

Sorry, everyone – not really.

Dr Loy said the only real cure to a hangover was time, stressing that marketed ‘miracle’ hangover cures were “complete crap”.

The GP said there were many people who had conjured “expensive ways” to deal with our overindulgence.

He said there were probably better ways to spend your money than commercial products promoted as cures, including IV drips with a blend of saline solution and electrolyte replacement fluid and vitamins.

The best way to soothe a hangover was drinking water and taking an analgesic or painkiller, Dr Loy said.

However, the GP said there was some more compelling research suggesting eating the flesh of the ‘Prickly Pear’ cacti could assist the symptoms of a hangover, such as nausea.

“But I’d like to see someone negotiate their way around a Prickly Pear while hungover,” Dr Loy quipped.

As for the old practice of the “hair of the dog” – drinking the next morning – the GP said another drink wasn’t going to make anyone any more functional.

Is there a genuine hangover cure? We have expert opinion on tap