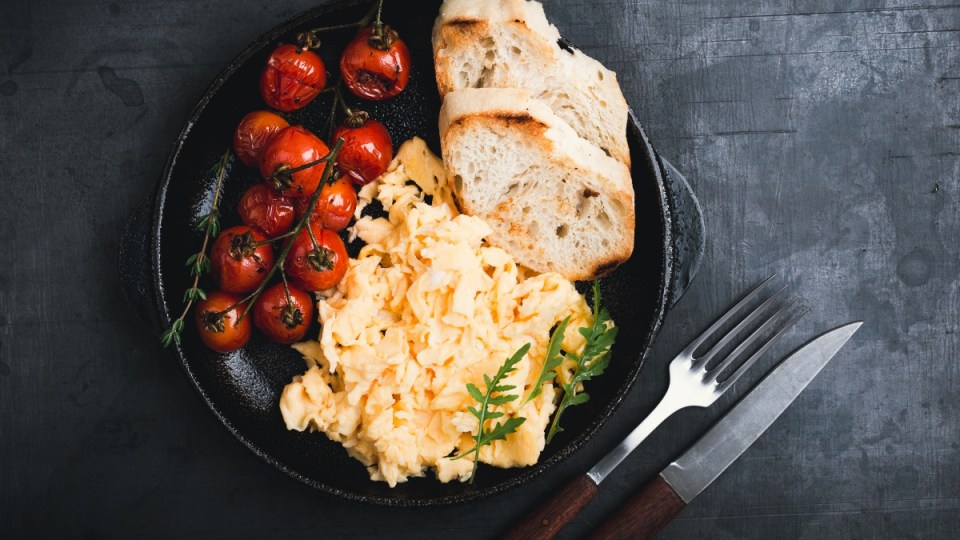 The CSIRO are recommending 25 grams of protein at breakfast, but you'll need to eat more than a couple of eggs. Photo: Getty

The CSIRO has released its latest weight-loss diet that promotes a whopping 25 grams of protein for each main meal – especially at breakfast time.

While most Australians get the majority of their protein at their evening meal, the CSIRO says more protein at breakfast is the secret for appetite control and staving off cravings.

But with the recommendation, also comes an advertised product being sold by the government-funded organisation at a price.

Melbourne-based dietitian Sarah Leung told The New Daily she agreed with the principle of incorporating protein into breakfast, with many cereals and toast leaving people feeling hungry and unsatisfied.

Ms Leung said two eggs wouldn’t achieve the 25-gram recommendation and food items such as fish, meat, tofu, lentils, legumes and dairy products would need to be consumed to reach the number.

She said the problem with ‘high protein diets’ was that people often singled out a nutrient, when it was also important to have good fats and fibre.

“Most people understand high protein means high meat intake, fresh meat and processed meat, but in Australia people are also quite low in fibre,” she said.

“This is not a green light for an eggs and bacon breakfast. Too much red meat isn’t good for you either.”

Simone Austin, an accredited practising dietitian said it was great to encourage more protein at breakfast, and it was particularly important for athletes for better absorption and muscle mass.

“We should be looking at the individual person and how much they need. The dietary guidelines suggest .84 grams of protein per kilo of bodyweight,  but I would say it’s set a bit too low and closer to 1 gram per kilo.”

She said studies showed 25 grams of protein per a meal was optimum and the timing of protein intake, particularly at breakfast, impacted appetite control through the day.

“The fact is Australians are only eating 11 to 15 grams of protein at breakfast, if they’re eating breakfast at all,” Prof Noakes said.

Prof Noakes said it required a “bit of planning” to reach the 25 gram protein intake at breakfast.

For example, eggs are 12 grams each and there are high protein yoghurts on the market to make up the balance, Prof Noakes said.

“It’s not a feeling of fullness, but feeling satisfied. Protein triggers hormones in our stomachs and gastrointestinal tracts that are appetite regulators.”