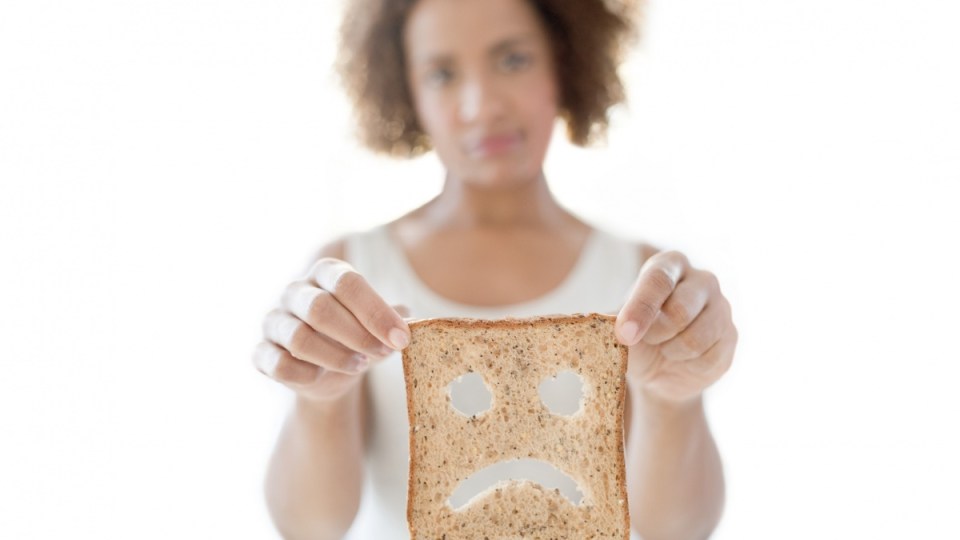 Experts say many people jumped the gun on the gluten-free issue. Photo: Getty

Emerging research is now backing up nutrition experts and food scientists on their long-held doubts about self-diagnosed gluten sensitivity.

In a video interview with The New Daily, University of Oslo researchers Gry Skodje and Knut Lundin say this study, inspired following a meeting with Monash University researchers, confirms suspicions that gluten is not the culprit.

“All of the participants had all the challenges, so they were their own controls. So we could compare gluten, fructan and placebo challenge within each participant,” Skodje says.

“There were no differences between the gluten and placebo challenge.

“But we saw that the fructan challenge significantly induced more symptoms than the gluten and placebo challenges.”

Dietitian Penny Dellsperger from Coeliac Australia says the study reconfirms one of the organisation’s main concerns regarding people who self-diagnose with a gluten intolerance.

“People often think they are reacting to gluten because when they avoid wheat they feel better. But it may be the starch component,” she says.

Charlene Grosse, an accredited practising dietitian and spokesperson for the Dietitians Association of Australia, is not surprised by the study findings and says that many people jumped the gun on the gluten-free issue.

“Foods are really complex and there is so much more than just the gluten or protein that’s in them,” she says.

“If we reduce gluten in our diet, and we improve, we’ve also modified a lot of other dietary factors as well.

“We know that in Australia one in 70 people have coeliac disease.

“But then there’ll be people who will have an upset stomach or gastrointestinal symptoms, they remove gluten and they feel better. And that’s where this concept of non-coeliac gluten sensitivity came from.”

Gluten is a protein composite found in wheat, rye, barley and oats. In people with coeliac disease, gluten causes an immune reaction that damages the small intestine.

But in people without coeliac disease, gluten may not actually be the source of their stomach woes.

The lesser-known fructan is a fermentable carbohydrate that is also found in some grains, such as wheat, barley and rye, but also in onions and garlic.

Fructans are poorly absorbed in the small intestine, which causes digestive symptoms in some people.

Fructans and the low FODMAP diet

The finding that fructan causes digestive issues is not entirely new.

Fructan is a type of Fermentable, Oligo-, Di-, Mono-saccharides and Polyols or FODMAP – an acronym coined by Monash University researchers to describe a group of carbohydrates that are poorly absorbed in the gut.

A decade ago, Professor Peter Gibson and his research team at the Department of Gastroenterology showed that a low FODMAP diet could help to alleviate the symptoms of irritable bowel syndrome (IBS), a condition which affects one in seven people worldwide.

In 2013, Gibson and dietitian Dr Jane Muir, the co-authors of the Oslo study, confirmed the main culprit was fructan after testing the various FODMAPs in foods in their lab.

“We found that wheat and other gluten-containing grains such as rye and barley also contained high levels of fructans,” Muir wrote in a Monash University article.

“It appears that fructans and gluten tend to co-exist in foods, and gluten-free grains tend to be low FODMAP.”

Unlike coeliac disease, there is no simple blood test for FODMAP intolerance.

“Unfortunately, there is no simple test you can do to find out if you have an issue with FODMAP foods. It is a process of elimination and challenge,” Dellsperger says.

She recommends seeing a GP and dietitian before unnecessarily avoiding certain foods.

Fructans are also known for their prebiotic effect, which help promote diversity in the gastrointestinal tract. So, eliminating fructans altogether could negatively impact our natural gut bacteria.

“Fermentation in our digestive tract is actually a very natural process and it’s actually what keeps our gut healthy,” Grosse says.

But the low FODMAP diet does not require an “all or nothing” response as it does with gluten in people with coeliac disease.

In most cases, individuals may continue with foods containing fructan but in smaller amounts.

“The fructan is not causing damage, it causes symptoms in some people. So, it doesn’t mean you can’t ever eat it,” Grosse says.

“We would do an elimination diet, the low FODMAP diet, but only for four to six weeks at maximum and then we would challenge correctly to work out which one of those fermentable sugars are that individuals’ triggers and to what degree.”

Dellsperger says if coeliac disease is ruled out then looking at fructan is a good next step.

“The bottom line is if you think food is causing symptoms or issues for you then it’s important to visit your doctor and rule out things like coeliac disease. Then you can look at things like irritable bowel syndrome or FODMAP foods.”

Gluten intolerance: Dietitians and scientists close in on the true culprit