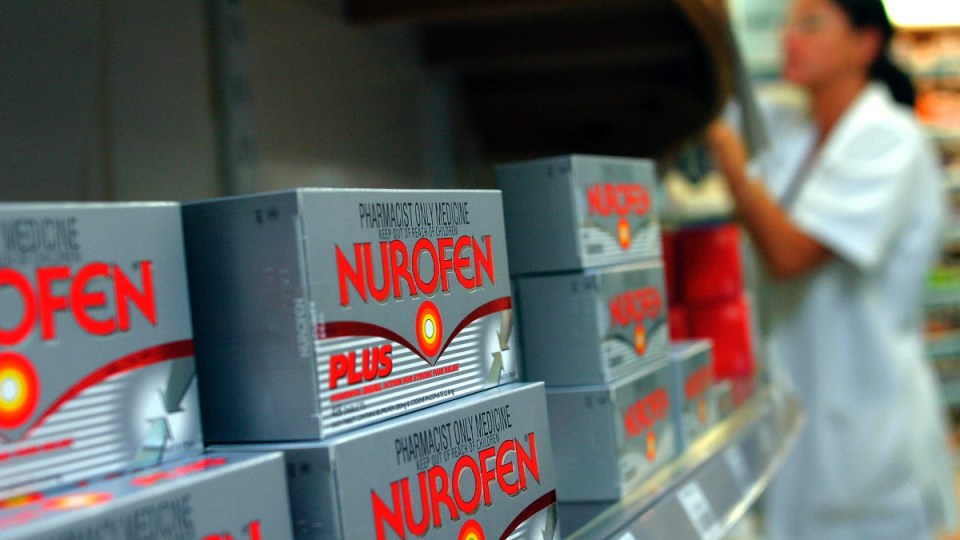 The US, Germany and Japan have all banned over-the-counter sales of codeine-combined medications. Photo: AAP

Health groups are warning the move to ban over-the-counter sales of codeine from February will expose scores of Australians who have become addicted to the drug.

NPS MedicineWise spokeswoman Aina Heaney says, “We think it will be a large bunch of people who have been using codeine frequently to manage their pain who will be exposed by the ban.

“We’re just not sure how many, but we think it will be large.”

George Tambassis, a Melbourne pharmacist and president of the Pharmacy Guild of Australia, labels the codeine ban “alarmist”, but says he is preparing for some customer backlash.

“You can imagine if you have a bad toothache and you come into my pharmacy and I try to recommend you move to a basic paracetamol, then you won’t be very happy,” he says.

“Pharmacists, as well as pharmacy assistants, are going to cop it.”

The war on opioid addiction

Codeine is an opioid medicine and is most commonly found in Nurofen Plus, Panadeine and some cold and flu medication.

NPS MedicineWise says codeine can provide effective pain relief but may lead to dependence and other side effects.

A 2017 report released by the National Drug and Alcohol Research Centre shows the rate of accidental deaths due to opioids had more than doubled among Australians aged 35 to 44 since 2007.

More than two-thirds of the deaths were due to pharmaceutical opioids.

The US, Germany and Japan have all banned over-the-counter sales of codeine-combined medications.

How will the changes affect you?

Over-the-counter medicines affected by the change on February 1 include:

In March, Panadeine manufacturer GSK confirmed that they are pulling their over-the-counter codeine products from the Australian market.

“Based on this we have taken the decision not to move our codeine-containing analgesics (Panafen Plus, Panadeine, Panadeine Rapid Soluble and Panadeine Extra) from S3 OTC to S4 prescription-only medicines,” the company says.

Heaney says consumers shouldn’t panic about the disappearance of over-the-counter codeine as alternative pain-relieving medications, such as paracetamol and ibuprofen, will remain available.

“We would recommend people seek advice as to what would best suit them,” she says.

Tambassis says some people would continue to require codeine prescriptions because “Paracetamol doesn’t have as strong a drug profile” and ibuprofen “can prompt allergic responses and cause problems for asthmatics”.

What should you do?

One thing the health bodies agree on is the need for people to take action now.

Heaney urges those who are currently using a codeine-based drug to speak to their doctor or pharmacist about their options from February 1.

Tambassis says the Pharmacy Guild of Australia, in conjunction with the Pharmaceutical Society of Australia, has started issuing guidelines and fact sheets to Australia’s 5700 pharmacies to help them advise customers of alternatives and, where necessary, refer them to a GP.

The executive director of the Australian Self-Medication Industry, Deon Schoombie, recommends seeing a GP to shape a plan of action.

“There won’t be a blanket substitute for what you’re using as everyone is different,” he says.

How to prepare for the ban on over-the-counter codeine