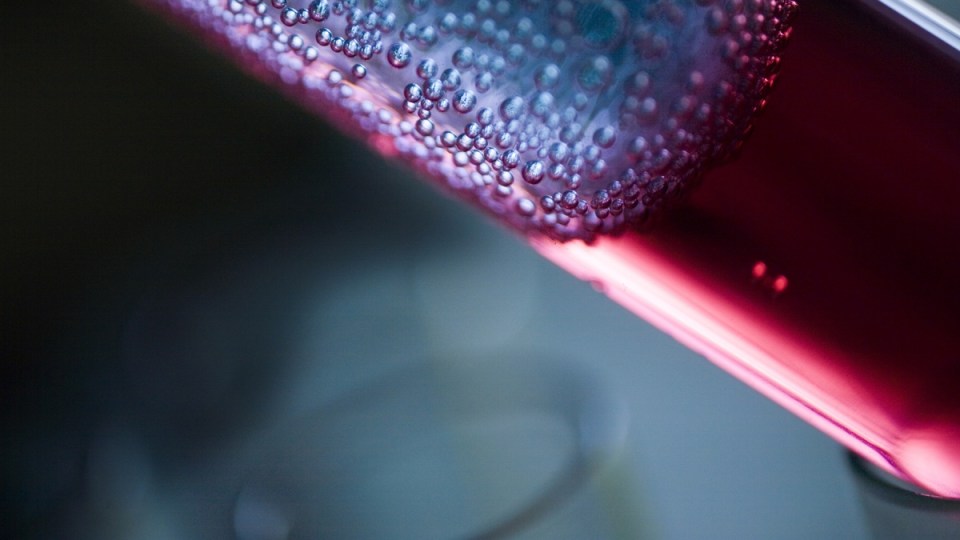 Some think a transfusion of youthful blood may halt or even reverse the ageing process. Photo: Getty

Forget goji berries and kale-puree enemas – young blood may be the next big thing in anti-ageing wellness.

Some of them hope it will combat Alzheimer’s disease, diabetes, heart disease and arthritis. Others, including a businessman aged 92, simply want to live longer and better. They are essentially looking for the fountain of youth.

Let’s call it the Dracula cure – in the spirit of the Transylvanian countess Elizabeth Bathory, who is said to have murdered 600 girls, and drank and bathed in their blood to retain her youth and beauty.

Startup business Ambrosia – named after the food of the immortal gods – was founded last year by Stanford-educated doctor Jesse Karmazin.

He claims the venture is a clinical trial that is showing “very dramatic improvement” in the test subjects.

He said the blood plasma – from donors aged 16 to 25 – is bought from US blood banks. Plasma is the liquid that transports blood cells throughout the body. Just about anyone aged 35 or more can sign on for treatment.

Critics say that Ambrosia is a cynical money-making exercise trading in a magic cure. They also say the clinical trial is poorly designed and the results will have no value.

However, over the past decade, a number of leading universities, including Stanford, have been experimenting with young blood and diseased bodies, using human and mouse subjects. The contemporary research is building on work started 150 years ago, with some promising results.

But even taking his sincerity at face value, Jesse Karmazin, 32 – and a competitive rower – is essentially a maverick whose research is routinely described by him as “treatment”.

The New Daily this week interviewed Dr Karmazin by telephone and follow-up emailed questions. He said the project was “going great, actually”.

“It’s gone well from when we first started. We’re about to wrap up the trial and publish the results,” he said.

He said that Ambrosia isn’t making a profit, and all money goes toward lab costs – where 150 biomarkers are measured in the subject’s blood before and after the transfusion – and otherwise keeping “the business” afloat.

Blood, which is classed as a drug in the USA, is increasingly expensive. The plasma pharmaceutical industry has tripled value to more than $US11 million ($14.7 million) in recent years. Dr Karmazin said the two litres of plasma per subject cost his company $US2000 ($2664) each.

Once the research paper has been peer-reviewed and published, Dr Karmazin expects, or at least hopes, the critics might eat their words. Maybe. The proof will come in the analysis of 150 biomarkers – measurements of processes such as protein levels in bodily fluids, patterns gene expression, and changes in electrical activity.

One of the main problems with the study is that it contained no control group as per the usual protocol in drug testing – where one group of subjects are unknowingly given a placebo and whose results are compared to that of subjects given the drug being tested.

Dr Karmazin claimed that there were in fact two groups – the subjects before the youth transfusion, and the subjects after. Because the biomarkers were measured before and after treatment.

“So to say there wasn’t a control group isn’t quite right.”

Still, if the results show a consistent dramatic lift in health, as Dr Karmazin claims, there’ll be another burst of publicity and Ambrosia will bloom.

One of his subjects is a 92-year-old man who runs his own business, travels regularly and has a younger wife.

“He is in really good health … but he wants to feel better and live longer,” he said.

Were his subjects driven at all by romantic vampire folklore? He said not.

“I think the vampire legends have worked against us … in terms of recruiting people for the trial.”

Dr Karmazin says he tried the treatment himself – and felt a lift in wellbeing.

Famously, in the mid-19th century, the vascular system of a young mouse was joined to that of an older mouse so their blood mingled, in a procedure called parabiosis. The older mouse became more youthful.

This was the experiment that has inspired current research at the University of California, San Francisco. Young plasma is being tested in patients with a degenerative disorder called progressive supranuclear palsy. Chinese scientists are trialling young plasma to alleviate the neurologic deficits induced by acute stroke.

Dr Wyss-Coray has been testing young plasma on 18 Alzheimer’s disease patients. There were some positive results but they’re statistically insignificant because of the small sample.

The only answer is to conduct more testing in a similar vein.