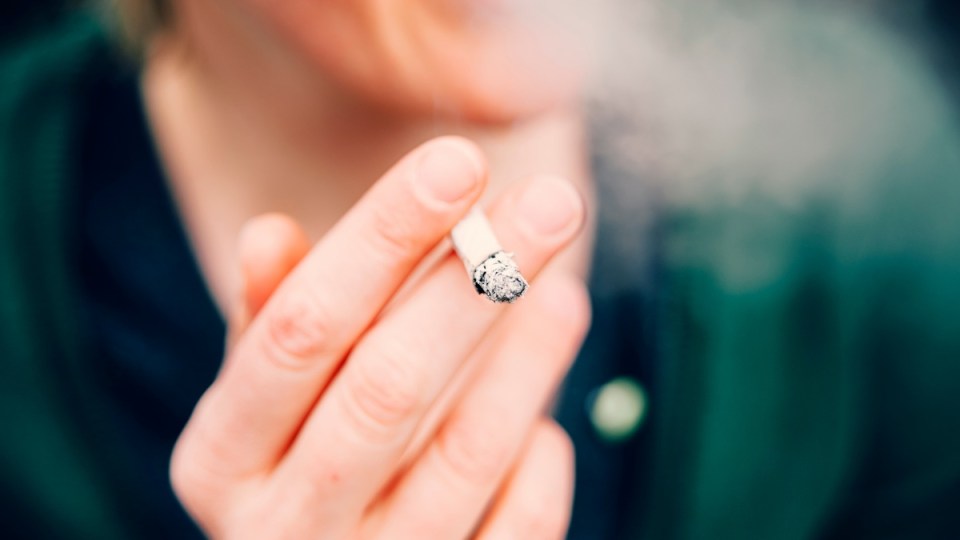 Addicted to cigarettes? New research says you can blame your brain. Photo: Getty

Brains of smokers may be made up in a way which makes them more likely to pick up the habit, according to new research.

The finding comes from a new study that helps explain why some behaviours are linked with particular areas of the mind.

Experts analysed molecules produced at connection points between nerve cells – called synapses – which are key to sending messages around the brain.

The team, based at the University of Edinburgh, found patterns varied between different areas and were able to categorise them into different functions.

This means a predisposition to smoking may come from a molecular composition of specific regions of the brain.

“We studied the molecular makeup of the brain and isolated thousands of proteins out of the brain, and then we asked what this could tell us about human behaviour,” University of Edinburgh neuroscientist and lead author Seth Grant told The Independent.

“What we found was that we could link behaviours to sets of proteins in different parts of the brain.”

Using their new map, the scientists were able to investigate where genes linked to smoking have their influence.

The findings pinpointed the same region that has previously been identified in brain imaging studies.

“Smoking was particularly interesting, because when smokers think about smoking they use a part of their frontal lobes, and what we found was that the proteins in this part of the brain are ones controlled by the genes that make people want to smoke,” Professor Grant said.

“This is an important step toward understanding the molecular basis of human thought.”

The work was based on post-mortem brain tissue samples from healthy people held in the Medical Research Council’s (MRC) Edinburgh Brain Bank.

Why smokers’ brains are different to everyone else