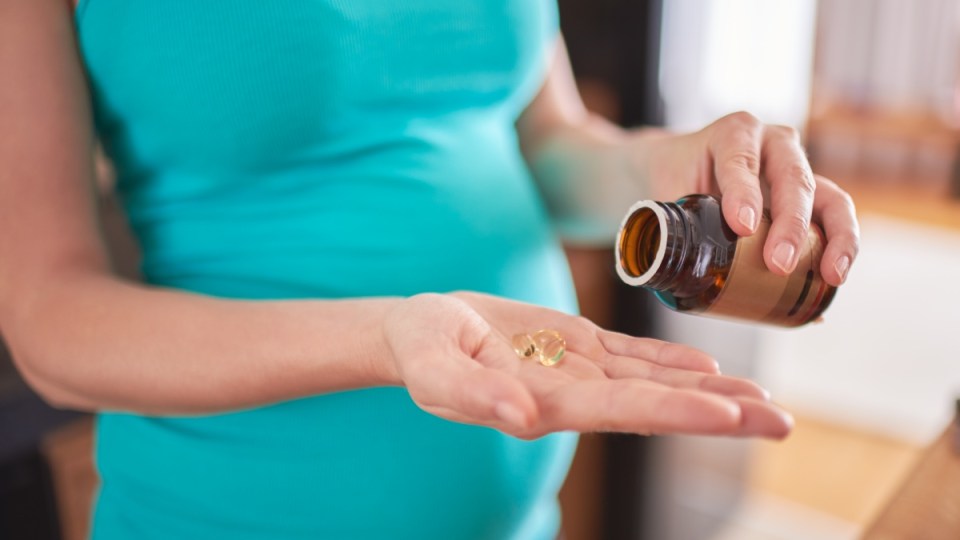 Jury’s out on vitamin D benefits during pregnancy. Photo: Getty

Australian health experts are standing firm on current guidelines for vitamin D supplementation during pregnancy, after a large review of the research found conflicting results.

On Thursday, Canadian researchers publishing in The BMJ concluded there was insufficient evidence to determine if vitamin D supplementation among pregnant women is beneficial. They called for more research to put the issue to rest.

The review of 43 randomised controlled trials involving more than 8000 women found that taking supplements during pregnancy increased vitamin D levels in both the mother’s bloodstream and in the umbilical cord.

However, the researchers did not consistently find that higher doses of vitamin D led to healthier women and newborns, despite varying guidelines on supplementation around the world.

Australian Medical Association national president Dr Michael Gannon, an obstetrician and gynaecologist, said there was no need to take supplements if vitamin D levels were normal.

“There is no case at all for routine vitamin D supplementation of pregnant women,” he told The New Daily.

However, women with a diagnosed vitamin D deficiency should be offered supplementation, Dr Gannon said.

Melanie McGrice, spokesperson for the Dietitians Association of Australia, agreed that not all pregnant women require vitamin D supplements.

“However, if people believe they are at greater risk of vitamin D deficiency they are advised to speak to their GP, dietitian or obstetrician about getting vitamin D levels checked,” she told The New Daily.

Dr Christoph Lees, Clinical Reader in Obstetrics at Imperial College London, went further. He said it was time to reconsider whether vitamin D supplementation had any proven value.

“We have been giving vitamin D almost routinely in antenatal clinics for several years without any good evidence,” he said.

“The only indication for which vitamin D might be useful – infant rickets – it showed no efficacy to prevent. It’s time to consider carefully what it is we are trying to prevent with its use.”

According to the research authors, infant rickets was not reported in any trials included in their review. They added that adverse events were infrequently reported, which may have resulted in unreliable data in some of the trials.

Low vitamin D levels can also lead to bone and joint pain, and together with low calcium levels, may lead to osteoporosis.

Most people do not show any symptoms of vitamin D deficiency, and a blood test is the easiest way to confirm diagnosis.

The AMA does not have a specific position on vitamin D supplementation and typically does not issue statements directly on clinical matters.

According to current Australian guidelines, as set by the department of health in the Nutrient Reference Values for Australia and New Zealand: “Pregnant women who receive regular exposure to sunlight do not require supplementation.”

The World Health Organisation (WHO) also advises against vitamin D supplementation during pregnancy, except in women with a documented deficiency.

The WHO recommended amount for women with vitamin D deficiency is 5 micrograms, or 200 international units (IU), of vitamin D supplements per day.

One microgram is equal to one millionth of a gram.

However, UK guidelines recommend double the WHO recommended amount (400 IU per day) for the general population, including pregnant women.

In the US, the recommendation is as high as 1000-2000 IU per day for pregnant women with an identified vitamin D deficiency, but stop short at routine pregnancies.

Back home, the Royal Australian and New Zealand College of Obstetricians and Gynaecologists (RANZCOG) 2008-2017 guidelines, which were scheduled for review in November this year, state that pregnant women with vitamin D deficiency should also supplement up to 1000-2000 IU per day.

Pregnant women without vitamin D deficiency are advised to take 400 IU of vitamin D daily as part of a pregnancy multivitamin, according to the RANZCOG guidelines.

Ms McGrice, a dietitian, said the main source of vitamin D is exposure to sunlight, with small amounts available through foods such as fatty fish.

The RANZCOG and the Royal Australian College of General Practitioners (RACGP) were approached for comment.

The women at increased risk of vitamin D deficiency: