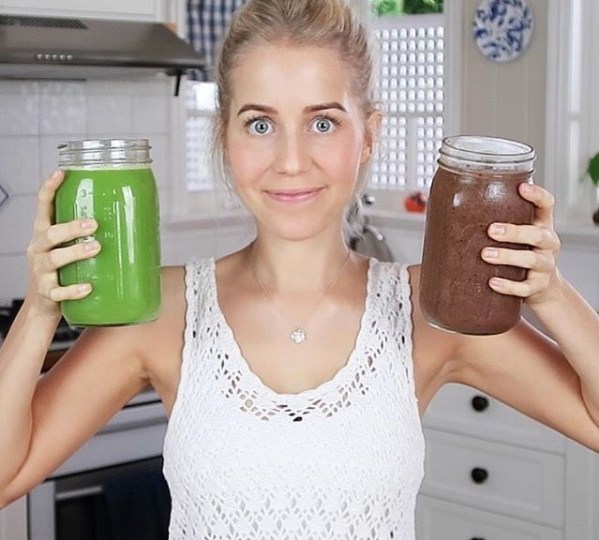 The Cancer Council of Australia has refuted a Brisbane fitness blogger's comments about cancer. Photo: Instagram

The Cancer Council of Australia has slammed medically unqualified fitness blogger Olivia Budgen for her “rubbish” claims that cancer is good for you.

Ms Budgen made international headlines this week after a controversial Instagram post, saying “cancer is your body trying to save you”.

The self-described raw food educator told her followers cancer is “not a horrible monster” we are led to believe, and that it is a “natural defence mechanism to prevent a much more serious situation from occurring”.

But according to Cancer Council of Australia CEO Sanchia Aranda, the idea cancer could be beneficial is “crazy”.

“In many respects it’s rubbish. It’s what happens when many of these individuals take kernels of a scientific idea and twist them to meet their own ends,” Professor Aranda told The New Daily.

“There is definitely a relationship between being healthy and the prevention of cancer … However, to say that it’s your body trying to tell you something is a little crazy.

“It’s really the fact that as our bodies age these kind of DNA faults occur more frequently, which is why cancer is predominately, but not exclusively, a disease of ageing.”

“In this modern day we are consumed by the medical industry’s information which leads us to believe that disease happens to us through genetic disposition,” Ms Budgen wrote.

“Allow me to possibly challenge your beliefs about cancer and other diseases. What if these conditions were not actually bad at all?”

Professor Aranda said Ms Budgen’s comments are dangerous – with only 10 per cent of cancers truly inherited through genetics.

“The danger is people think that they can reduce their cancer risk just by taking this kind of crazy advice, yet that is not true,” she said.

“The most important thing people can do is listen to the key prevention messages: don’t smoke, don’t spend too much time in the sun, maintain a healthy weight, have a decent amount of exercise and eat a healthy diet.

“The other real danger is that people begin to believe the false promises of many of these individuals can cure them.

“That’s the most heartbreaking thing for those of us who’ve worked in clinical practices with patients who forgo what is potentially a curative therapy to go after something that is a false promise.”

Ms Budgen did not return The New Daily‘s request for her qualifications.

According to her website, she enrolled at The Institute of Integrative Nutrition after years of “chronic constipation, flatulence [and] brain fog” among other ill-health symptoms.

It is not clear if she completed the one-year health and wellness course.

Ms Budgen, who has since deleted the post, apologised for her comments on Tuesday.

“In response to my most recent post, I would sincerely like to apologise to all of you who I offended,” she said in a YouTube video.

Ms Budgen said she drew her information from the book Cancer Is Not A Disease – It’s A Survival Mechanism by Andreas Moritz.

“Many of the statements made in this book by doctors I really resonated with and was inspired to share them. In no way was I trying to minimise the seriousness of cancer,” she added.

“In retrospect, I did not reference the author correctly I can see now that was an error in my judgement.

“I understand that talking about sensitive topics can be difficult, but I’d hoped by sharing alternative possibilities it would open the door for all of us to ask more questions, which ultimately leads towards better outcomes.”