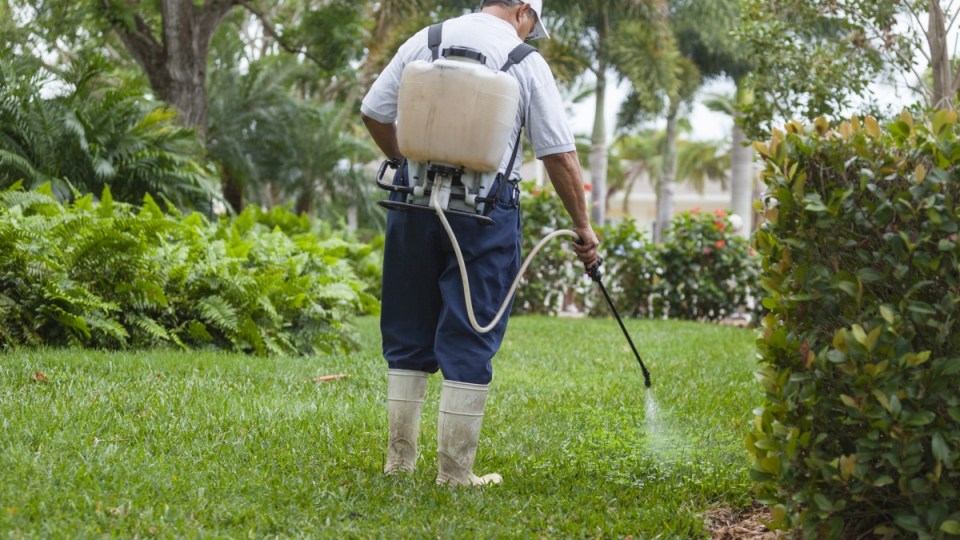 "There are no controls that prevent children and pets from being exposed." Photo: Getty

The active ingredients found in common household weed killers such as Roundup and Yates can cause bacteria to develop a resistance to antibiotics, scientists have warned.

In a new study published in the scientific journal Microbiology, researchers from the University of Canterbury in New Zealand found that three of the most commonly used herbicides – glyphosate (active ingredient in Roundup), dicamba (found in Yates), and 2,4-D – caused E.coli and salmonella to become less susceptible to antibiotics.

Jack Heinemann, a professor in molecular biology and genetics, and one of the authors of the study, said the findings show that “bacteria respond to exposure to the herbicides by changing how susceptible they are to antibiotics used in human and animal medicine”.

Antibiotic resistance is a phenomenon where bacteria become unresponsive to treatments that were once highly effective in killing them – making common infections and diseases harder to treat and, occasionally, lethal.

The research, which builds on a 2015 study conducted by the same group that first established the link between weed killers and antibiotic resistance (also known as antimicrobial resistance), found that both the active and inert ingredients in the chemicals can cause bacteria to adapt to the harsher environment and hence become more resistant against antibiotics.

“These products are sold in the local hardware store and may be used without training, and there are no controls that prevent children and pets from being exposed in home gardens or parks,” Professor Heinemann said.

“Despite their ubiquitous use, this University of Canterbury research is the first in the world to demonstrate that herbicides may be undermining the use of a fundamental medicine – antibiotics.”

Resistance to at least one major clinical antibiotic is now found in all human pathogens, with some even becoming resistant to most or even all antibiotic options.

The World Health Organisation predicts that by 2050, antibiotic resistance will cause an additional 10 million deaths globally per year, with an estimated cumulative cost to the world economy of $US100 trillion ($131 trillion).

Professor Mary-Louise McLaws, an expert in infectious diseases control from the University of New South Wales, said the study was a reminder “that we must be prudent with our use of all chemicals because we share our environment with bacteria that keep the environment habitable”.

“Bacteria have been on earth for billions of years because they survive by adapting,” Professor McLaws told The New Daily.

“The authors reported that regardless of the formulation of the herbicide, the bacteria elicited an adaptive response by increasing their level of resistance to multiple antibiotics.”

According to Professor McLaws, the fact that the relatively weak lab-cultivated E.coli strain was able to develop resistance to antibiotics raises questions about the speed at which stronger, wild strains found in the human gut and the environment can also develop resistance.

“If a lab strain can produce adaptive change, then the next step is to determine how fast human gut and environmental bacteria respond to exposure to herbicides,” she said.

Herbicides, which are a type of biocide, also have effects on either their target or non-target organisms at concentrations that do not kill – these are known as sub-lethal effects.

Professor Heinemann has argued the sub-lethal effects of herbicides and other industrially-manufactured chemicals “should be considered by regulators when deciding whether the products are safe for their intended use”.

“More emphasis needs to be placed on antibiotic stewardship compared to new antibiotic discovery,” he said. “Otherwise, new drugs will fail rapidly and be lost to humanity.”

Dr Shona Blair, institute manager at the University of Technology’s ithree Institute, told The New Daily it was unsurprising that these chemicals have knock-on effects that can alter bacterial response to antibiotics used in both humans and animals.

She echoed Professor Heinemann’s warning that herbicides, as well as other chemicals like fungicides, need to be look at when addressing the global problem of antibiotic resistance.

“That is certainly a component, but looking at that, how we use chemicals and antibiotics in agriculture and in the environment more broadly has to be part of addressing this issue.”