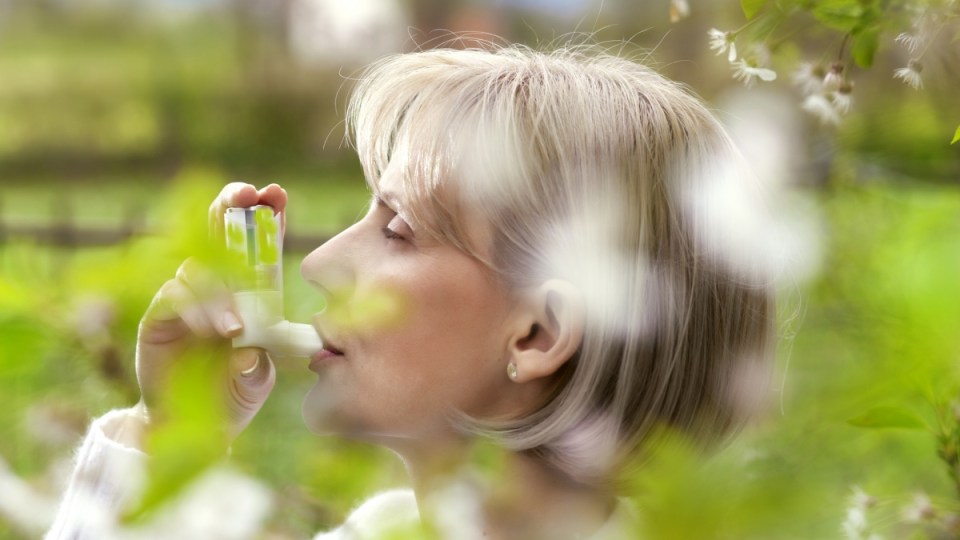 Experts say anyone who experiences hay fever in spring should ask their GP if they need an asthma management plan. Photo: Getty

It’s late spring, when the air is warm, pollen counts are high and storm clouds are building – do you have a thunderstorm asthma plan?

Experts say if you experience hay fever or have asthma, then you need one.

After 10 people died in the November 2016 thunderstorm asthma event, authorities have moved to prepare for what is now recognised as the peak risk time – October through to the end of December.

Mary-Kate Louis was one of about 8500 Victorians who called emergency services with respiratory symptoms on November 21 in 2016.

She was eight months’ pregnant and driving to her home in Melbourne’s south-east with her toddler when a dusty wind blew through her car’s open windows, and she felt her chest tighten.

“I made it back home but I remember being on my bed and coughing so hard I could barely draw a breath between coughs. My throat was tight and my mouth was full of fluid – I felt like I was going to die,” the 25-year-old says.

“I went to hospital in an ambulance and I was just lucky I was one of the first. By the time I was discharged, there was a queue so long it went outside the hospital.”

What is thunderstorm asthma?

Thunderstorm asthma can occur when a wet winter makes grasses such as rye flourish, and then a thunderstorm lifts and ruptures grass pollens into fragments small enough to enter the lungs.

Asthma Australia chief executive Michele Goldman says anyone who experiences hay fever in spring, particularly if it is also involves wheezing, should ask their GP if they need an asthma management plan. This would tell them when to take medication and when to call for emergency help.

“Forty per cent of those affected in last year’s event had never had asthma, so many of those people didn’t recognise the symptoms and they did not know asthma first-aid steps,” Ms Goldman says.

Asthma relievers are available without a prescription, but are a “Band-aid” measure, she says. “People at risk need to see a doctor about getting preventive medications, and they need to be diligent about using them regularly.”

Also, she says, check online pollen count monitors or emergency alerts for your area (see below) and try to stay inside during thunderstorms from October to December. Those living in Australia’s south-eastern states are particularly at risk.

“You wouldn’t go exercising outside on a high pollen day because that’s going to make your lungs and respiratory system work harder and you’ll breathe in more particles.

“You might choose to catch public transport rather than ride a bike. You should shut the windows at home and in the car and if you’re using air-conditioning, choose recirculated air if you can.”

Associate Professor Janet Davies, an allergy researcher from Queensland University of Technology, says Melbourne has suffered the most from thunderstorm asthma due to rye grass planting around the city and unfavourable winds, but NSW and South Australia are also on alert.

“These thunderstorm asthma events have also occurred in parts of NSW and Canberra, including Orange, Bathurst, Tamworth, Wagga Wagga and Dubbo,” she says.

Mary-Kate Louis says after her terrifying brush with thunderstorm asthma, she will not leave anything to chance and has an asthma action plan.

“It was just lucky I was one of the first last year, and I got to an emergency department quickly,” she says. “Next time I might not be so lucky.”

How to protect yourself from thunderstorm asthma this pollen season