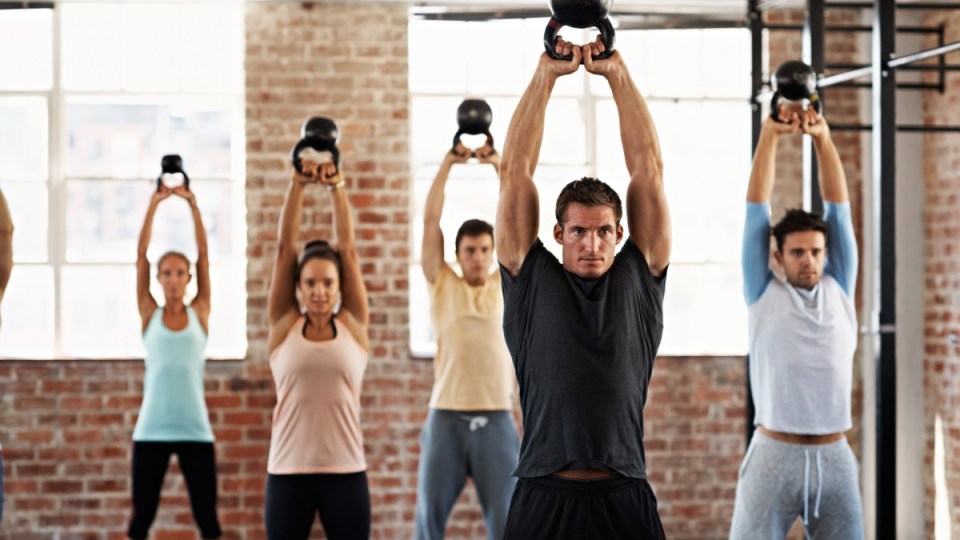 High-intensity interval training is the exercise shortcut that claims to lower body fat and increase cardiovascular fitness, but can it make you Rambo tough?

A new study from the UK, aimed at tackling this question, found that high-intensity interval training (HIIT) might increase a person’s tolerance to muscle pain and help you stay active for longer.

“An attractive theory is that repeated exposure to painful training or regularly approaching the limits of performance in training, such as that induced by high-intensity exercise, will improve pain tolerance,” the study authors wrote.

So, why test this theory?

“There’s literature showing that athletes are more tolerant of pain than non-athletes. So, is it exercise itself increasing tolerance or the other way around?”

For the 2017 study, published in the peer-reviewed European Journal of Applied Physiology, the team of researchers from Oxford Brookes University randomly entered 20 healthy adults, mostly men, into either a HIIT group or a moderate-intensity endurance group.

Over a six-week period, participants from both sides completed three cycling-based training sessions a week.

The HIIT group got down to business, sweating it out with six sets of five-minute high-intensity cycling. They were allowed only 60 seconds of rest between each repeat.

Given the probability of exercise plateau, participants eventually progressed to eight repeats or more during the study period.

Meanwhile, the moderate-intensity group were prescribed continuous cycling at below maximum heart rate over six weeks.

In a real-life scenario, you might find the first group going full throttle at their regular spin class while the latter may be more likely to ride a bike to work or cycle around the neighbourhood a few times a week.

The results showed HIIT resulted in higher muscle-pain tolerance, whereas the continuous moderate exercise had no effect.

The HIIT group also had higher levels of “time to exhaustion”, meaning they could endure the exercise for longer.

Dr Jones, who was not part of the UK study but has conducted his own research on exercise and pain tolerance, said he observed similar results.

In a joint UNSW and Neuroscience Research Australia study, involving 24 healthy Australian adults, Dr Jones and his team found that 30 minutes of moderate- to high-intensity cycling increased pain tolerance if performed over a continuous period – three times a week over several weeks.

Both studies have found that pain threshold is unaffected, suggesting that the participants found it equally painful before and after training, but they were able to train for longer.

One of the limitations is that it is unclear exactly why exercise increases pain tolerance.

And, perhaps unsurprisingly, this newfound Herculean strength is unlikely to help you in other painful situations. For example, could you lift a car without effort? Would you be invincible in a boxing ring? Well, probably not.

However, the studies do point to some important clinical uses.

Dr Jones said this type of research helps clinicians understand the effect of exercise on people with chronic conditions, such as osteoarthritis, fibromyalgia and lower-back pain.

“In pain-free adults, your toughness might go up after a 30-minute bike ride. Whereas in people with chronic pain, exercise training over weeks and months is likely to reduce pain, but a single bout of exercise will often make it worse.”

But research shows that when performed correctly, regular and consistent exercise does have a positive impact on chronic pain patients, he said.

Most importantly, not everyone will benefit from HIIT. People with chronic pain or anyone new to exercise is better off starting with light and slow activity.

“If a patient is quite anxious about high-intensity, then they’re not likely to engage in it again,” he said.

He recommended low to moderate activities such as walking, which has been shown to improve pain symptoms.

Above all, people with chronic pain should first chat to a health professional about safe exercises for them before progressing to HIIT or other intense activities.