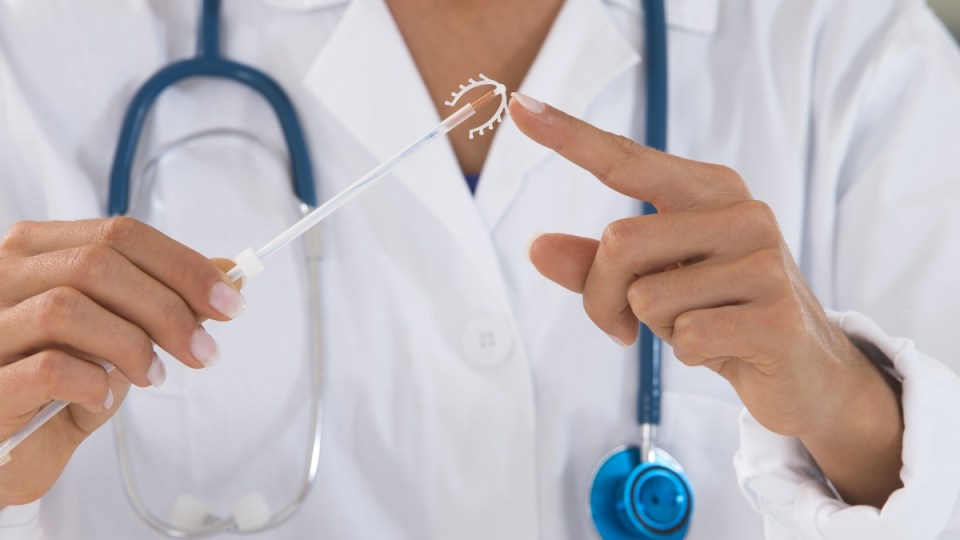 IUD contraception devices could have a double benefit. Photo: Getty

Women who use intrauterine devices (IUDs) for contraception purposes have been found to have a reduced risk of being diagnosed with cervical cancer, according to new research.

An IUD is a small contraceptive device that is placed inside the uterus, which has been used for more than 30 years to prevent pregnancy.

But research from Keck School of Medicine USC, published in the Obstetrics & Gynecology journal, has revealed it may have a double benefit.

Not only are IUDs considered a safe, reversible and 99.8 per cent effective means of contraception, it may also be quietly offering women protection against cervical cancer.

Incidence of cervical cancer in women with IUDs was one-third lower than in those without an IUD, according to the study of 12,000 women worldwide.

“The pattern we found was stunning. It was not subtle at all,” lead author Victoria Cortessis, an associate professor of clinical preventive medicine at Keck School, said in a statement.

“The possibility that a woman could experience some help with cancer control at the same time she is making contraception decisions could potentially be very, very impactful.”

Researchers were unable to confirm whether the IUD type or duration of use impacted the incidence of cervical cancer.

Dr Beverley Vollenhoven, deputy head of the Department of Obstetrics and Gynaecology at Monash University, said she was excited about the research findings.

She said it would add to the benefits of using an IUD and would be especially helpful for women who may not have access to HPV vaccines.

“The findings are interesting and don’t appear to be dependent on the type of IUD or the time it is being used,” Dr Vollenhoven said.

She said that even if the benefit is small, she believes it would be worthwhile for women to consider using an IUD.

“It does fit well into our understanding of the critical role of persistent HPV infection in causing cervical cancer,” she said.

“Stimulation of an immune response there, by an IUD or during its insertion or removal, could well also stimulate the immune system to detect and resolve an HPV infection.”

However, Dr Pradeep Tanwar, who investigates gynaecological cancers, said the study was limiting.

“There are definitely benefits of contraceptives against gynaecological cancers,” he told The New Daily.

“However, studies like these only providing associations (likelihood) and not cause or effects.

“[The study] is unlikely to change clinical practice and women’s opinions regarding IUD.”

“We would not want women to think [IUDs] replace the excellent protection provided by HPV vaccination and regular cervical screening,” she said.

“In settings where screening is not available, and where women’s reproductive choices are limited, it would be worth researching further as a potential strategy to improve women’s health.”

IUDs linked to a reduced risk of cervical cancer: study