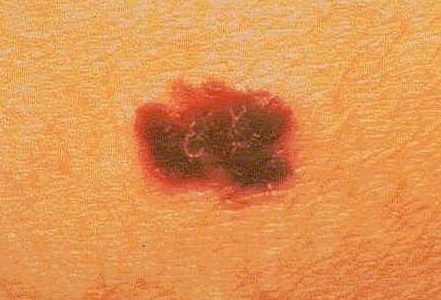 Australia has one of the highest incidences of melanoma in the world. Photo: AAP Photo: AAP

Australians are being slow to heed advice to slip, slop, slap, with the annual cost of treating melanoma ballooning nearly seven-fold to $200 million over the past 16 years.

The QIMR Berghofer Medical Research Institute on Tuesday said costs have risen from $30 million in 2001.

Despite the potentially deadly skin cancer being largely preventable, the number of Australians with the disease has risen from 8885 to 13,000 over the same period.

QIMR Berghofer health economist Louisa Gordon said the findings showed the need for sun safe messages, like the successful campaign featuring a sunsmart seagull that began in the early 1980s.

“Campaigns like ‘Slip, Slop, Slap!’ were a big part of the national psyche a generation ago,” the Associate Professor said in a statement.

“I think the messages have waned and people forget,” she told The New Daily.

“Any sort of investment in prevention campaigning or sunsmart strategies are going to have a really good return on investment.

“We have a potential to avoid a lot of costs.”

Prof Gordon said the national melanoma rate had begun to decline, but was increasing in older Australians as the population ages.

“By the time you get to secondary school, it’s not quite so cool to wear a hat,” Prof Olver said.

Prof Gordon said teenagers had long been a “difficult group” to educate on sun safety. But she said she was hopeful for the next generation coming through.

Melanoma claims the lives of about 1800 Australians a year.

Queensland has the highest rate of melanoma in the country, with the annual cost of treating patients in the state about $54.3 million.

The study found some cost savings could be made by improving how skin cancers are diagnosed.

Prof Olver said part of the reason costs had risen was because there were new, expensive treatments that helped save lives.

“Once it’s spread, it can now be treated with high-cost drugs, which wasn’t the case a decade ago – and that will have put the cost up a lot.”

Prof Gordon said there were areas where savings could be made, including how skin cancers were diagnosed.

At present, doctors treat or cut out any skin lesions that look suspicious.

“However, our study found that improving the diagnostic accuracy of skin lesions and avoiding unnecessary treatment could potentially reduce health system costs in Australia by around $49 million a year,” Prof Gordon said.

“One is, you’ve got to get the prevention message stronger. The second thing is, we’ve got to encourage people to present [to doctors] earlier,” he said.

“If you get there earlier, it might save your life.

“On the other hand, in terms of the cost of skin cancer in general, if you misdiagnose a melanoma and you nip it off when you didn’t need to, you’ve got an unnecessary cost as well.”