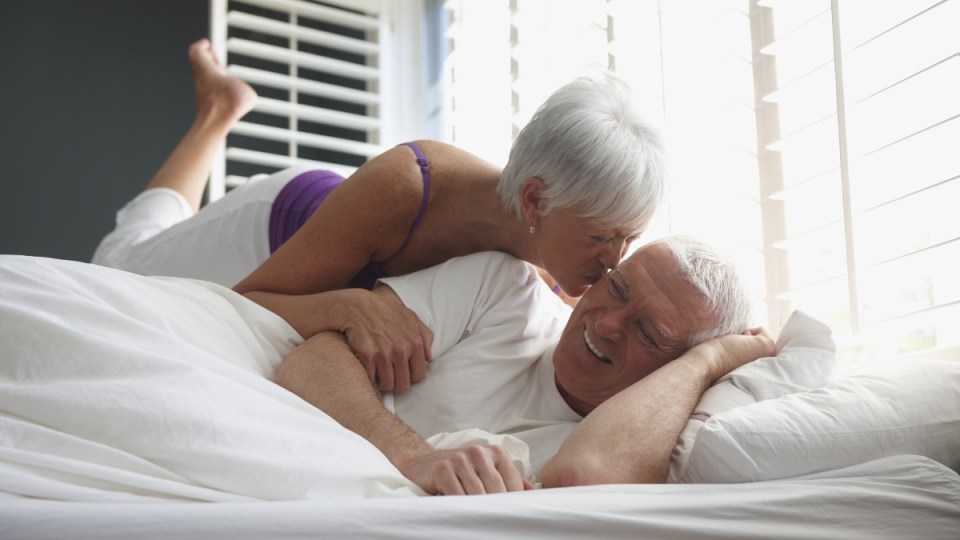 Older Australians haven't lost their lust for life, according to the survey. Photo: Getty

In a world of prolific online dating and an alarming rise in sexually transmissible infections, older Australians are at serious risk of contracting STIs, experts suggest.

An annual report released by the Kirby Institute into sexual health found the number of cases of gonorrhoea, syphilis and chlamydia in Australia and other developed countries has significantly increased in the past decade.

It’s not just old-school clap on the rise; syphilis cases have more than trebled, while the number of people diagnosed with chlamydia has soared by 43 per cent.

But while dating apps are often associated with young people, it is the more mature-aged demographic using these apps that are most at risk of contracting STIs.

A CSIRO survey into single, heterosexual men using internet dating in Australia found only 35 per cent used a condom at their last sexual encounter, with men over 50 using protection considerably less than younger men.

“We know that there is a change in the pattern of long-term relationships. People are meeting new partners later in life for a variety of reasons, including the internet facilitating that,” the study’s author and Family Planning NSW medical director Dr Deborah Bateson told The New Daily.

“We did a study of men using internet dating and we did find that the older men were less likely to use condoms than the younger men.

“Sometimes there is a perception that STIs are only for the young and that they only affect young people but that’s not the case at all.”

In a separate study with women using dating apps, Dr Bateson found older women were also less likely than younger women to use condoms with a new partner.

“We are finding this across a range of research studies that amongst the older generation there is less information or less knowledge and awareness to use condoms,” she said.

Dr Bateson said a number of factors have impacted the STI figures, including increased testing, social behaviour towards STIs, and the development of technology and online dating platforms in the past 10 years.

“I think no doubt there’s an increase in ability to meet new partners through the internet,” she said.

“Internet dating used to be something people used to hide, whereas now it’s absolutely mainstream to find new partners via the internet, for people of all ages.”

Dr Bateson said it’s no surprise that younger people are safer when it comes to sex, with the amount of education they’ve received compared with older generations.

“I think education plays a huge part and I think it is very heartening that we are seeing young people using condoms and that it’s mainstream,” she said.

“For instance, I think now we are pretty good at educating young people about chlamydia. Young people are very aware of chlamydia – they know that it often comes with no symptoms, whereas perhaps older people have missed out on that education and may not be aware.”

Lead author of Sex, Age & Me, a national study of sex and relationships among Australians aged 60-plus, Dr Bianca Fileborn echoed the statement.

“Our participants grew up in a time where comprehensive sexuality education was not broadly available, and they were often told very little about sex or were simply told not to have it before marriage,” Dr Fileborn told The New Daily.

“‘Safer sex’ also tended to refer to pregnancy prevention rather than STI prevention, so many of our participants felt that because of this, there wasn’t a strong ‘safer-sex’ culture in their generation.

“Many of the participants in our project felt that the lack of sexuality education when younger influenced their current sexual practices, and contributed towards their reluctance to use safer sex practices.”