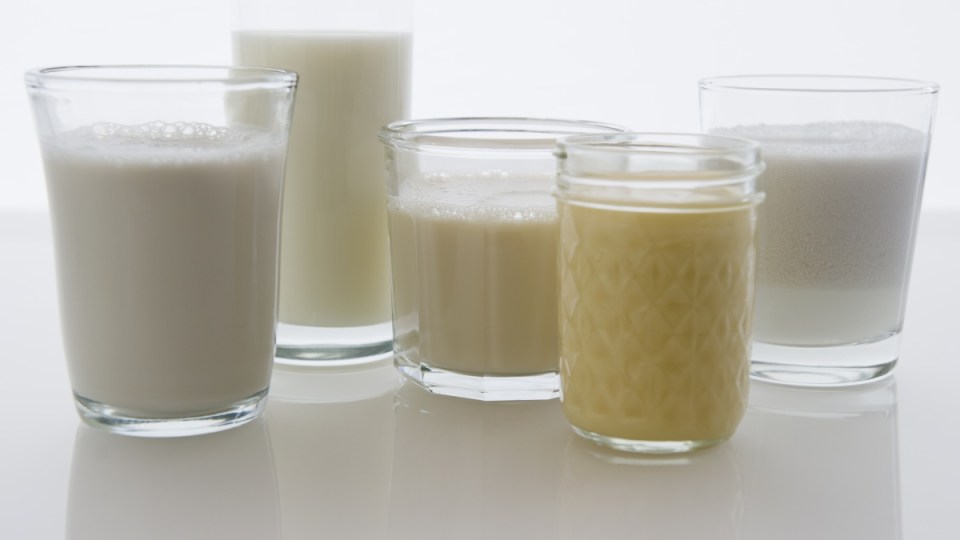 Australian dairy farmers – who have plenty to be upset about already – are taking a stand on the fact that soy beans, almonds and rice grains can’t be milked.

In other words, they want dairy alternatives – no matter how creamy – to stop calling themselves ‘milk’.

“Well it’s not milk, is it?’’ says dairy farmer Colin Clayton of Deniliquin. ”It doesn’t come out of a mammary gland. So by definition, it isn’t milk.’’

Brad Richardson, a farmer from Maitland, NSW, said the issue was raised by representatives of the Dairy Farmers during a recent meeting to discuss milk pricing.

”It’s a matter I feel strongly about,’’ he told The New Daily. ”They were saying how products like soy milk are crowding the market.’’

But is this true? Are the alternatives flooding the mainstream?

A 2016 report found that the alternative milk market was worth $150 million and growing. The net worth of the Australian dairy industry is about $4 billion.

Mr Richardson’s mother Stacy doesn’t believe that soy and other plant milks are making an impact on the dairy industry.

”But I don’t drink milk,’’ she says. ”I’m lactose intolerant. I don’t want to call what I put on my cereal soy juice. I want to call it soy milk.’’

Despite this, the word ‘milk’ remains at the centre of an international debate.

The ABC recently reported that Canada has banned plant-based products from being labelled as milk, legally enshrining the word ”milk’’ as meaning “the lacteal secretion obtained from the mammary gland of a cow”.

In their haste, the Canadians have forgotten about sheep and goats being a popular and commercial source of milk, cheese and yoghurt.

Plus, there’s the human variety to think of. What do they call breast milk in Toronto? Mum juice?

The fact is, as the farmers rightly point out, milk by definition comes from any animal with a teat.

The European Court of Justice has taken a broader view, ruling that ”purely plant-based products cannot, in principle, be marketed with designations such as milk, cream, butter, cheese or yoghurt’’.

In the US, where the government struggles to pass any piece of legislation, there is bipartisan support for the DAIRY PRIDE Act (Defending Against Imitations and Replacements of Yogurt, Milk, and Cheese To Promote Regular Intake of Dairy Everyday).

The idea is to have the Food and Drug Administration enforce a correct definition of milk in product labelling.

”I think the whole thing is a storm in a teacup. Soy and other like products are only with two to three percent of the market … I think the industry is clutching at straws,” he says.

“In my 28 years in dairy farming, this was the worst year by far. I think the industry leaders are feeling the hurt of the farmers and want to be seen to be doing something.”

Shaughn Morgan is the chief executive officer of Dairy Connect, which represents about a dozen NSW producers – and is leading the charge on plant-based milks.

He says that Mr Lattimore is correct, that the push is more about “restoring some pride to the battered industry” than commercial resentment.

And when it comes to publicity, they’ll be milking it for all it’s worth.

A ‘storm in a teacup’ over what can be called ‘milk’