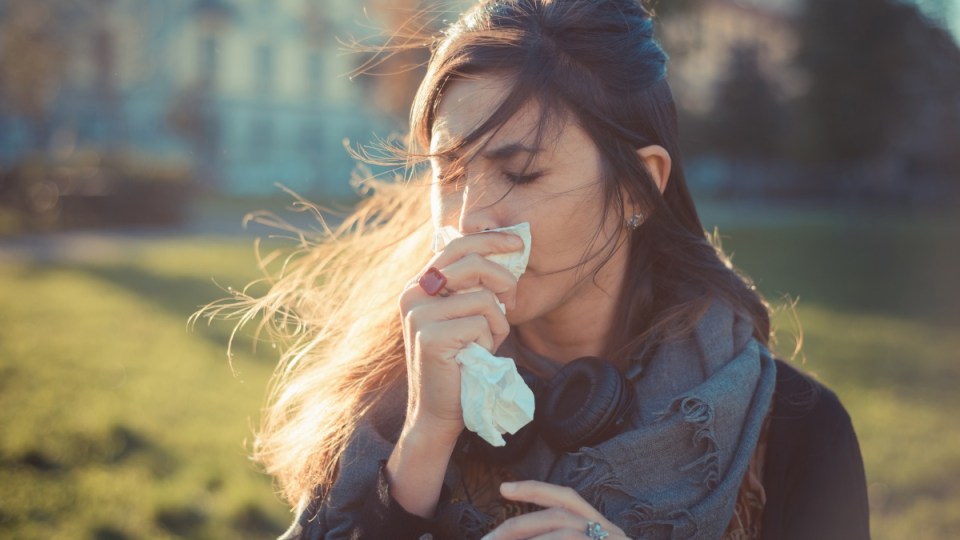 An early, record-breaking flu season could be the worst yet. Photo: Getty

The worst flu season in recent memory has arrived early in Australia after a record number of influenza cases were diagnosed across the country.

Half-year figures published in New South Wales, South Australia, Tasmania and Victoria show flu cases have risen to unprecedented levels, with up to a 70 per cent increase in sufferers this year compared to last.

However, according to health experts while an influenza spike in winter is “routine”, the worst could be still to come.

The number of confirmed influenza cases has skyrocketed in Victoria over the past 12 months, with figures 70 per cent higher than at the same time in 2016.

A total of 2490 cases of laboratory-confirmed influenza have been found in Victoria as of June 25, compared to 1468 in 2016, Victorian Department of Health and Human Services reported.

Meanwhile, figures from NSW Health have also increased dramatically, with 6474 influenza cases across the state so far this year – the highest number of cases since records began in 2001.

It reported 721 confirmed cases in the past week alone.

Positive tests for influenza A and B in Tasmania have also increased by 54 per cent, with 1222 tests for the flu conducted, compared to 794 during the same period of 2016, FluTAS statistics show.

South Australian statistics followed a similar trend with 2305 reported cases in 2017 – the most in five years. Only 890 cases were found this time last year.

Bond University medical expert professor Chris Del Mar told The New Daily the usual peak in influenza cases occurs in July-August, and that the flu could linger longer as a result of the early spike.

“It’s irregular timing … a spike in influenza doesn’t normally occur in June. From mid-July to August is most common,” Mr Del Mar said.

“A spike in winter is routine [but not as early as June].

“Expect a fair few more people to come down with the flu if that’s the case.”

According to professor Del Mar, pregnant women, young children and the elderly are most at risk of catching the flu.

However he said it is unknown why influenza cases spike at this time of year.

“There are theories but none of them have been a confirmed reason as to the rise in influenza,” Mr Del Mar said.

“The theories are that it may be related to antigens in the air and that cold weather causes the flu. But these have never been confirmed.”

He suggested the public regularly wash their hands as the best protection against the virus and to stop it spreading.

Meanwhile, the Department of Health states the flu vaccine as the most effective measure to be protected against influenza and covers all three strains in Australia.

“You should get the flu shot every year because the flu virus is constantly changing. Every year, the flu vaccine changes too, so it protects against the flu strains which are most likely to be around during that winter,” it said.

“There is now evidence that the effectiveness of the influenza vaccine wanes over time and it’s important to be protected when the flu is most common, around August. Ask your doctor for advice on the best time to receive your vaccination.”

Early flu outbreak could signal the worst season on record