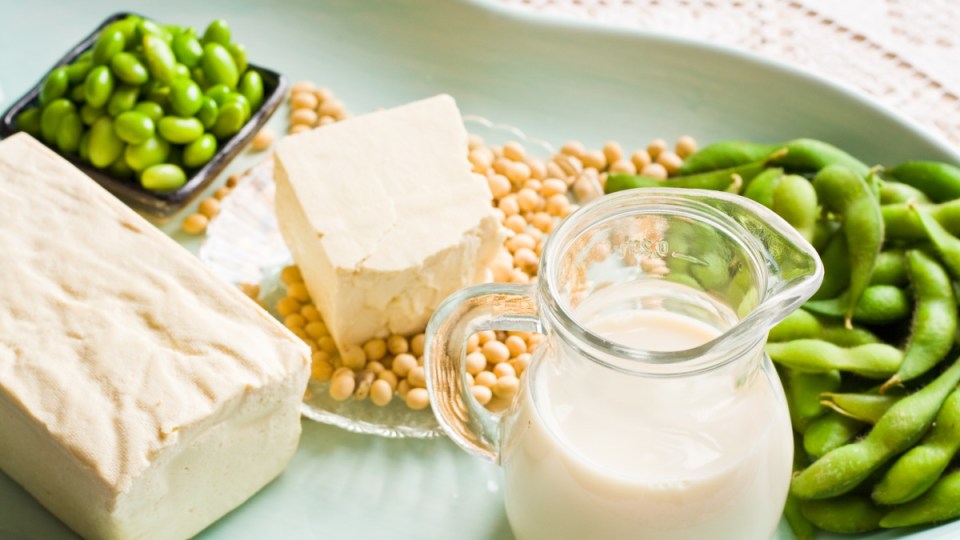 Consumption of soy products has been linked to improved survival for women with certain types of breast cancer, notably those suffering aggressive forms of the disease that don’t respond to endocrine therapies.

A US study following 6235 women with breast cancer found that post-diagnosis consumption of foods containing isoflavones — estrogen-like compounds primarily found in food containing soy, such as tofu and soy milk —was associated with a stunning 21 per cent decrease in all-cause mortality.

All-cause mortality means all deaths that occur in a population sample, regardless of the cause.

The issue of soy foods and breast cancer has long been a contentious one.

Laboratory studies and a previous large-scale study of East Asian women found that the isoflavones appeared to inhibit the development or recurrence of breast cancer.

However, there has been a theory that consuming soy-based foods interferes with the effectiveness of breast cancer drugs, mainly in women requiring hormonal therapy.

It was also thought that soy might promote the growth of tumours in certain cancers. So understandably, doctors have been uncertain about encouraging soy consumption in breast cancer patients.

In material published by Tufts University, Dr Zhang said: “Based on our results, we do not see a detrimental effect of soy intake among women who were treated with endocrine therapy, which has been hypothesised to be a concern.”

The research data was collected from breast cancer patients listed on the Breast Cancer Family Registry, a National Cancer Institute-funded program that has collected clinical and questionnaire data since 1995.

Women were sorted into four groups based on the amount of isoflavone they were estimated to have consumed, based on self-reported food frequency questionnaires. Mortality was examined after a median follow-up of 9.4 years.

“At the population level, we see an association between isoflavone consumption and reduced risk of death in certain groups of women with breast cancer,” Dr Zhang said.

“Our results suggest, in specific circumstances, there may be a potential benefit to eating more soy foods as part of an overall healthy diet and lifestyle.”

He said the researchers only examined naturally occurring dietary isoflavone, and so far do not know the effect of isoflavone from supplements.

“The balance of evidence based on this and previous epidemiological studies, suggests that a diet rich in soy-based foods is not harmful to women with breast cancer,” he said.

“It may even improve survival from breast cancer, although further research is required to clarify this.”