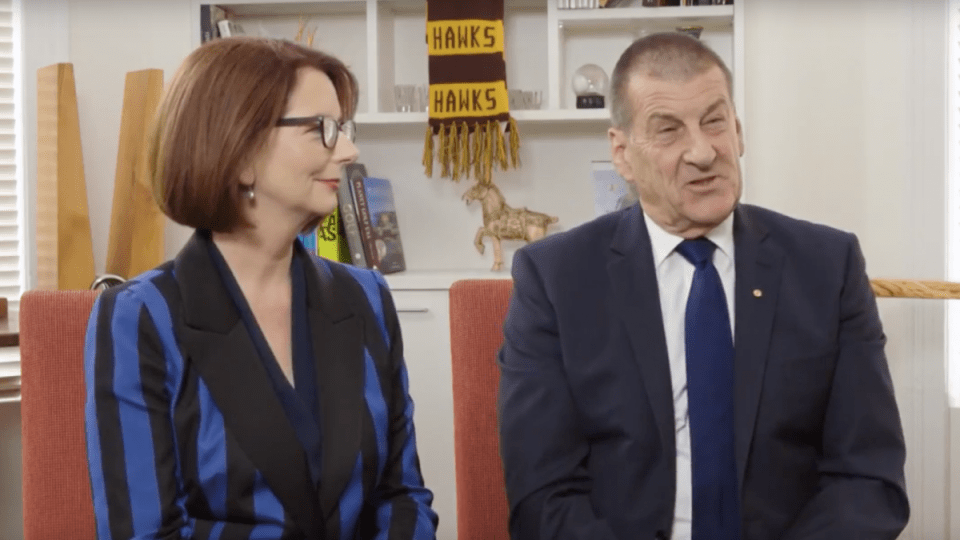 Mr Kennett has led beyondblue for 17 years, after co-founding the organisation in 2000.

Mr Kennett said Ms Gillard was the second only prime minister to join a community organisation after leaving office.

“Malcolm Fraser did it to Care Australia, and now Julia is the second who is using her past experiences to give something back to the community in such a demonstrable way,” Mr Kennett said.

“beyondblue’s work is motivated by something bigger than politics; it’s about bipartisan commitment to enhancing welfare of others and that is an extraordinarily powerful voice.

“Julia Gillard’s influence as a former leader of this country, her warmth and her commitment to the cause make her the ideal person to lead beyondblue when I step down.”

Ms Gillard says she has always been aware of the importance of mental health and credited her father, John, with her understanding of, and interest in, the field.

“My father was a psychiatric nurse so I grew up with an awareness of and commitment to mental health causes,” Ms Gillard said.

“I’m absolutely delighted that Jeff and the board have the confidence in me to takeover as chair of an organisation that has made such a difference in the lives of so many Australians.”

‘I’m not the new Jeff Kennett’

Ms Gillard had joked she was “not the new Jeff Kennett”.

“I don’t think I could be that if I tried. I will be a different sort of chairperson because there is only ever one founder.”

As a former prime minister, she expects she will be able to bring added attention to the organisation and advocate in different ways.

“I know that they’re big shoes to fill, and I don’t think I wear the same size as Jeff, so I’ll be doing the job a little bit differently,” she said on Tuesday.

“But beyondblue is such an important organisation to the Australian community that I do feel a special sense of delight at having been selected to lead it.”

Since retiring from politics in 2013, she has spent much of her time as an honorary visiting professor at the University of Adelaide and, in 2014, published a political memoir, My Story.

Ms Gillard was also appointed chair of the Global Partnership for Education in 2014.

Ms Gillard will take up the beyondblue role on July 1.

Delighted to take over the reins as @beyondblue Chair from @jeff_kennett – thank you Jeff & the board for your trust and support – JG pic.twitter.com/UJs83zArhC