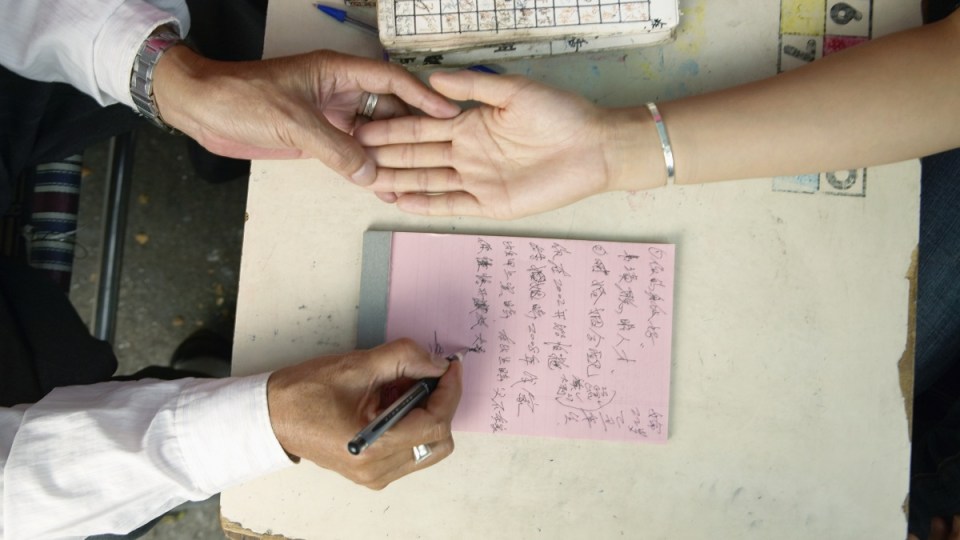 In my imagination, getting a palm reading involves a velvet tablecloth, bad lighting, dolphin stickers, a headscarf and cash-only facilities.

The experience of having my hands read by world-renowned palm reader Errol Symon couldn’t have been more different.

Sitting in the comfort of my own home, I found myself opposite the hip philosophy professor I never had the courage to start a conversation with.

One would never have guessed Errol was born on the floor of a Norwich gay bar owned by his grandparents during the 1960s and learned to walk under the tutelage of a dog that looked distinctly like Lassie.

Psychic ability was a “a family thing” for Errol, who grew up in a world reminiscent of The Addams Family. His entry into palmistry was absolutely to be expected. 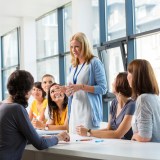 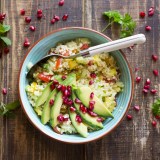 Going vegan: how giving up animal products changed my life

Yet Errol’s manner was relaxed and his interpretation of my palms was insightful, revealing a man not only connected to the earth, but to a phenomenally expansive reality.

Errol was introduced to palmistry by his grandmother, Rose, when he was eight. She demanded to see his hands and, upon inspecting them, declared: “You’ve got the gift there.”

This was followed by trips to the supermarket together and – standing at the check out, arms filled with shopping – Rose would refuse to move until she had observed the hands of every staff member.

I opened my palms for inspection and Errol began his search for meaning using a small, precise light, leading to very different conclusions. We could’ve been there for hours. Every line told a story.

The unusual fork-formation below the index and middle fingers exposed my diverse range of passions and interests. A few oddly placed freckles revealed philosophical tendencies and my strong need to “understand.”

Lines below my right pinkie finger showed how I can attract those who need rescuing, and similar lines on my left hand hinted that I would make a good psychiatrist but, alas, I’m incapable of doing anything that I’m not passionate about. True.

My incredibly long heart line suggested a compassionate and easily manipulated nature. Apparently I’m absolutely incapable of lying (damn) and somewhere ‘along the line’ Errol saw me giving birth to twins (they happen to run in the family).

I don’t need much money to be happy and I am going to live a long life, performing and writing well into my eighties.

The truth in Errol’s observations felt humbling. Even the futuristic visions he had struck cords in my heart, because they seemed like a logical progression from where I’m at in my life now.

During the session, time and space seemed to come to a standstill. The intimacy of the experience spurred my more philosophical side to question him about dealing with scepticism and the response surprised me.

“I’ve never met a sceptic,” he said simply. Never? “Nope. Never. And I have no judgement. My grandmother’s philosophy was ‘whatever’ in life. Whatever. If you want a reading, great. If you don’t, great. No one is forcing you,” he laughed. “Whatever.”

Grandma Rose would be so pleased. Her prediction of possessing a gifted grandson couldn’t be more true.

It’s all in the hands: Does palm reading work?