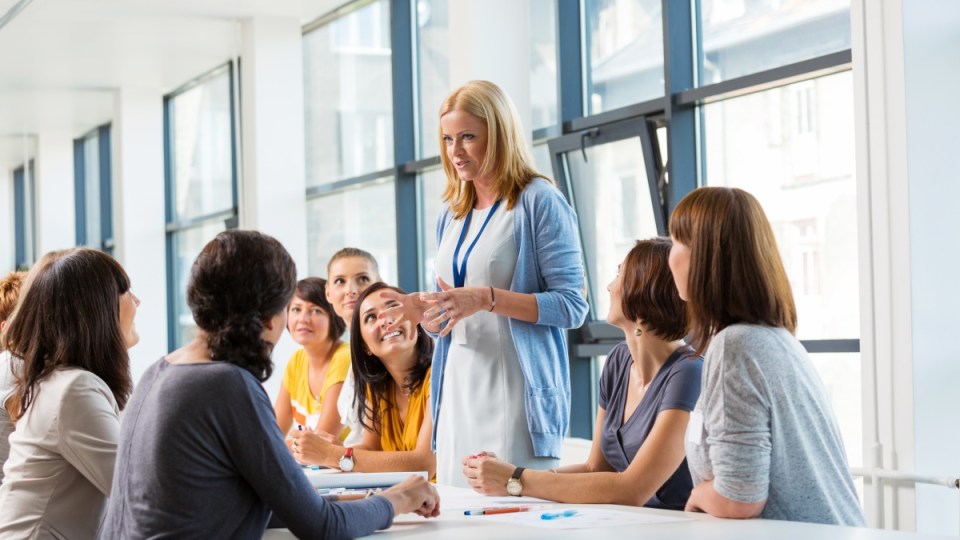 There are plenty of entrepreneurs offering life advice, but should you take it? Photo: Getty

Over the past few months the pages it has suggested may be of interest to me have been right on the money – pun intended.

Everyday I’m shown a slew of entrepreneurs keen to share their wisdom in the money-making-and-manifesting arts.

And if net worth really is a reflection of self worth – as Nancy Levin claims in her recently released book Boost Your Self-Worth to Grow Your Net Worth – this area of my life could definitely use some TLC.

But upon delving deeper, I quickly discovered that the agendas of these people can range from the distinct scent of Ponzi scheming to practical, heart-centred guidance.

It took over four hours of mind control techniques from one self-proclaimed six-figure businesswoman over the phone before she finally revealed the cost of her 12-week program.

The exchange felt like it was scripted by How to Win Friends and Influence People and featured on an episode of Curb Your Enthusiasm because, comedically and tragically, I fell for it. She had me ready to move past doubt, leave old patterns behind and finally claim my six-figure self.

Because, at the end of the day, where did I see myself in a year? Was I taking “smart action” toward my dreams? If not, why not? Where was my inner tigress?!

During the course of that phone call I found her. I named her Zola.

It was only when the entrepreneur in question began bullying me into putting down a $500 deposit right there on the phone that I awoke from my naval-gazing slumber and heard alarm bells.

I shared that I needed time to go to the toilet, make a cup of tea, chat to my partner and process the decision, because I wanted to make sure I wasn’t being forced or manipulated into anything.

In response, she feverishly began defending her tactics, questioning my level of commitment, sharing concerns she had about my suitability for her program anyway and – the piece de la resistance – highlighting the unhealthy dependency I clearly had on my boyfriend.

Not all entrepreneurs preaching a desire to help others prove to be doing the opposite, however.

Talking with Eryka Stanton – founder of Empowered Living – was an enlightening experience because she’s clearly someone doing everything within her power to live in a loving way and is encouraging others to do the same.

“Heart space is the centerpiece of what I teach,” she says. “Nothing can be born if it’s not anchored in the heart… The more soul-centered you are, the more that you can offer.”

Sitting in her Melbourne-based practice, I felt safe and supported in my colourful array of financial and spiritual idiosyncrasies. Plus, the price of her buffet of services is readily available online.

I don’t know what it was that I first “liked” or “reacted” to on Facebook which triggered the abundance of information I have received since, but from the comfort of what may be a dependent, doubtful, uncommitted disposition in the eyes of some – Zola is proud, because I am far richer for the knowledge.

Watch Eryka Stanton at work in a video from her Instagram: