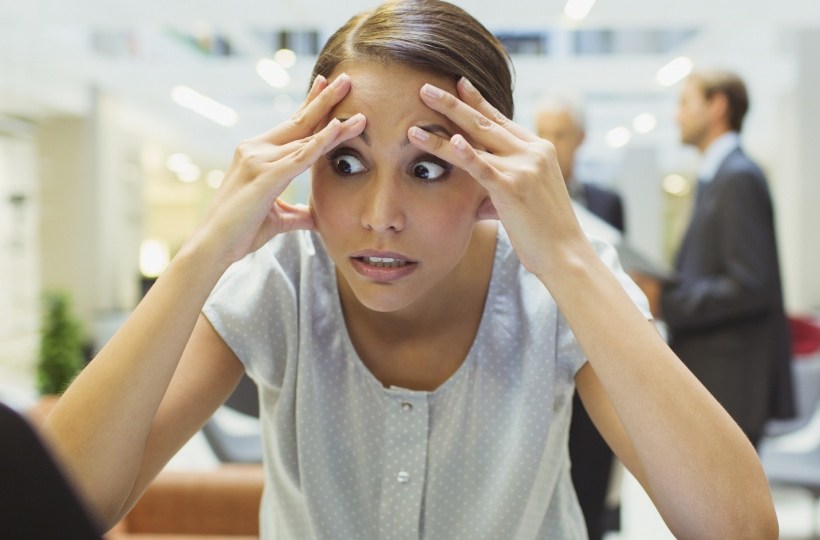 Just one hour of activity a day can offset the health risks of office work. Photo: Getty

People who sit for at least eight hours a day could increase their risk of premature death by up to 60 per cent, according to a world-first global study

The study which analysed the activity levels of one million people from Australia, the US and Western Europe, found just one hour of brisk walking a day could eliminate the harmful health effects of sitting all day, a world-first global study has found.

The study endeavoured to work out how many hours of daily physical activity is required to offset prolonged periods of sitting.

They classified the individuals, of an average age of 45, into four equal groups according to how active they were — less than five minutes a day for the least active, and up to 60-75 mins a day for the most active.

The authors of the report by the University of Sydney and published in The Lancet, say this suggests that physical activity is important, no matter how many hours a day are spent sitting.

In fact, the increased risk of premature death associated with sitting for eight hours a day was eliminated for people who did a minimum of one hour of physical activity per day.

Those at greatest risk of premature death were the people who sat for long periods of time and were inactive.

The study included data from 142 countries, taking in 93.2 per cent of the global population, and calculated the global cost of physical inactivity in 2013 at $A90 billion.

The cost burden of physical inactivity on the Australian economy in 2013 was $805 million, including $640 million in direct costs and $165 million in productivity losses.

The burden in developing countries was calculated differently, because the consequences of lifestyle diseases is often premature death.

“These are the diseases associated with physical inactivity,” Dr Ding said.

“It also includes the cost of productivity losses when people die prematurely because of physical inactivity.”

The WHO guidelines only recommend that adults do at least 150 mins of physical activity per week — which is much lower than the 60-75 minutes per day identified in this analysis.

Professor Ulf Ekelund from the Norwegian School of Sports Sciences says this research is good news for the thousands of people who commute to work and have office-based jobs — those who just can’t escape sitting for prolonged periods of time.

“We cannot stress enough the importance of getting exercise, whether it’s getting out for a walk at lunchtime, going for a run in the morning or cycling to work.”
Professor Ulf Ekelund

An hour of physical activity per day is recommended but if this is unmanageable, some exercise each day is still beneficial, Prof Ekelund said.

The study also found that more than three hours of this sedentary behaviour was associated with an increased risk of death from chronic disease in all activity groups, except the most active.

‘Disguised fitness’ integrated into the workplace

More recently workplaces have taken on the task of encouraging people to physically move around more, with changes to office design and layout, creating so-called activity-based workplaces.

Some of Australia’s biggest companies have adopted the model including Macquarie Bank, Microsoft and accounting firm KPMG.

Andrew May is a partner of the Performance Clinic at KPMG, a section of the firm designed to help organisations increase the productivity and performance of their staff.

He is pushing for staff to move as often as possible in a regime he calls “disguised fitness”.

“We try and get most people to get 10,000 steps a day, so disguised fitness is stuff like a walk-and-talk meeting, so rather than us sitting down and having a conversation, if it was a one-on-one we’d go for a walk down by the water or out around the park so you can do that in groups of three or four people,” he said.

“I think overall it’s about making wellbeing a part of your culture, so to the companies that still don’t look at that I’d say ‘wake up and smell the coffee beans’ — we’ve moved a long from thinking physical activity is for the jocks or the lucky few.”

The head of People, Performance & Culture at KPMG, Susan Ferrier, said when the employees are healthy, the company benefits.

“If we do this design we’ve got more to gain and we’re going to have people who are more enthusiastic, more engaged, more productive, more creative, more innovative,” she said.

Director of Health Economics at Cornell University, Professor John Cawley, said governments and businesses now needed to look at how to use these figures to prevent people from developing so-called lifestyle-related illnesses.

“I think absolutely we should be thinking about ways to incentivise people being physically active, not using sticks but using carrots,” Professor Cawley said.

“Making it in people’s interests to live a healthy lifestyle — probably paired with taxes on energy dense food, financial rewards for weight loss — so it should really be part of a package of policies,” he said.

How office work is slowly killing you