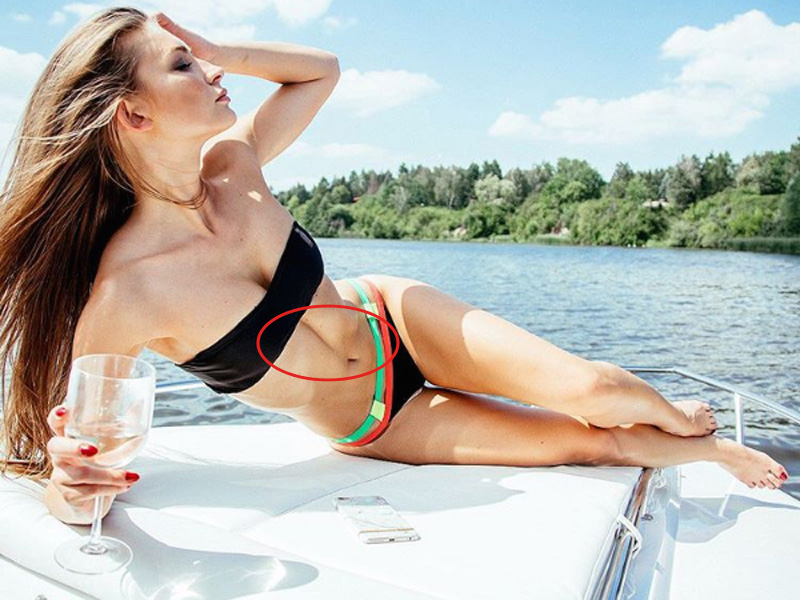 There is a new body image trend sweeping the internet and experts are warning people about its potentially hazardous side effects.

The “ab crack” (trending as #abcrack on social media) is sending the online fitness world into a frenzy.

Hundreds of participants have been sharing pictures of their progress and quests to gaining the perfect ab crack. The ab crack is a defined line down the centre of the abdomen.

But like the “thigh gap”, “A4 waist challenge” and “thigh brow” before it, experts have urged people to be wary of trying to attain the feature.

Have a look at the “ab crack” sported by American model and actress Emily Ratajkowski below:

‘Harmful’ trend with many dangers

University of Sydney body image expert Scott Griffiths told The New Daily that it was “problematic” for people to be driven by a body image goal, rather than only a healthy outcome.

“Well yes it is harmful,” Mr Griffiths said. “It is purely an aesthetic goal, driven by body image.

“And that is more likely to cause problems for someone than if it was driven by a need or desire to just be generally healthy.”

Mr Griffiths said people have been conditioned into thinking attractive and fit bodies were desirable and valuable social capital.

“People discriminate against people who are fit. Being fit and being able to communicate by having an ab crack is a status symbol,” he said.

He warned of the dangers associated with aiming for body image goals like the ab crack, rather than just being healthy or feeling good.

“The more invested you become [in these trends] the greater likelihood you could develop dangerous behaviours or body image disorders like muscle dysmorphia,” Mr Griffiths said.

“It is also linked with the dangerous likelihood of taking steroids which is growing quite a lot in western nations.”

While there has been an explosion in people sharing their ab crack pictures, there have been many taking to social media to denounce the practice.

“This is so sickening. Our society has gone from the #thighgap to the #bikinibridge and now to the #abcrack,” Jenna Line wrote on Twitter.

Meanwhile an Instagram page for Exercise and Sports Science Australia also attacked the trend. Its image said: “We say ab crack is whack. Exercise to improve your heath and add years to your life, not to gain a crack”.

Its caption wrote: “The new #abcrack phase is not only dangerous, it’s also totally unrealistic”.

The ab crack is more ‘harmful’ than helpful