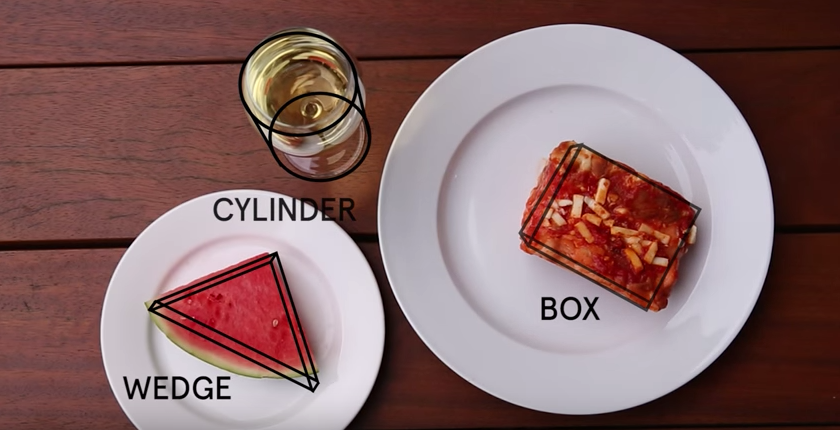 A Sydney researcher has discovered a particularly hands-on approach to weight loss.

University of Sydney PhD candidate and qualified dietician Alice Gibson says our fingers are the key to quelling over-eating at restaurants.

• Is soy milk actually good for you?
• These vegetables make amazing, healthy chips
• Healthy eating: how far is too far?
• ‘Drunkorexia’: warnings over frightening health trend

According to Ms Gibson, quickly measuring the volume of our food using fingers can give an adequate idea of what we’re consuming – and whether it’s too much.

Ms Gibson told the university her method measured food more accurately than common kitchen tools and suggested a corresponding app could make it even better.

See how to use the method below:

How to do it

A person eating out at a restaurant is unlikely to have a pair of scales in their bag, but they will have their fingers on hand.

To measure a meal – for example a serving of lasagne – a user measures the lasagne’s height, width and length in ‘finger widths’.

From there, volume is calculated by multiplying those three numbers together.

Ms Gibson said her study found the method was more accurate than household measures including spoons and measuring cups.

“I completed a food diary for a week and that’s when I realised how hard it would be for people to accurately estimate the true amount of food on their plates,” she said.

“I realised there was a gap in the market for people trying to eat sensibly when they’re out and about, when they don’t have access to a set of scales.”

Ms Gibson also tested the method using finger tips, thumbs and fists, but found finger widths to be most accurate.

Participants using their fingers got within 25 per cent accuracy 80 per cent of the time, compared with just 29 per cent of those using spoons and cups.

Ms Gibson said her technique still needed some “fine tuning”, but suggested an app was the next logical step.

“I think there’s real potential for this tool to be incorporated into electronic platforms such as smartphone applications so that the calculations are automated,” she said.

Ms Gibson suggested the method would allow dieticians like herself to more easily communicate how much their clients should be eating.

The tool has already gained acclaim, winning the Dietitians Association of Australia’s President’s Award for Innovation.

Ms Gibson’s method is not the first to use hands as a measuring tool.

Websites such as Precision Nutrition advocate a range of hand measurements to determine how much protein, carbohydrates and fats we should be eating.

A number of others, including the National Institute of Health in the US, suggest using our palm or a deck of cards to measure out a serving of meat or fish.

The idea behind these methods is that people with smaller hands require less fuel, although critics point out that hand size and energy requirements don’t always correlate.