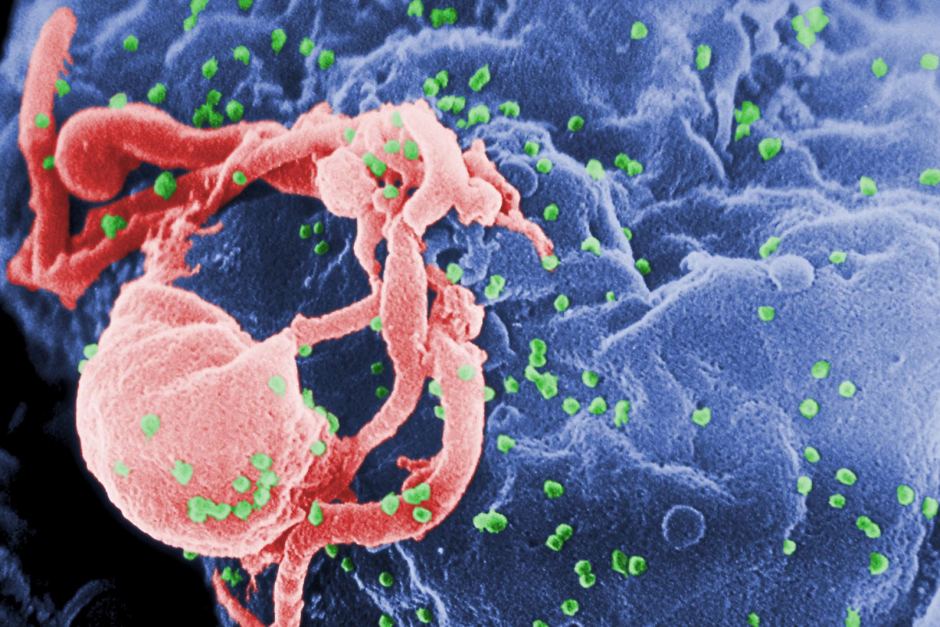 Centres for Disease Control and Prevention

The nation’s top scientists have declared “the end of AIDS” as a public health issue, as Australia joins the ranks of a select few countries which have successfully beaten the epidemic.

The number of Australians being diagnosed with AIDS each year is now so small, researchers from the Kirby and Peter Doherty institutes and the Australian Federation of AIDS Organisations have announced the age of the fatal syndrome over.

AIDS cases in Australia have plummeted since the advent of anti-retroviral medication in the mid-1990s, which stops HIV from progressing to AIDS – where the immune system is so badly damaged it cannot fight off infection.

• Healthy eating: just how far is too far?
• Here are some common travel scams to avoid
• This year’s most complained about ads

At its peak in the early 1990s, about 1000 Australians died from AIDS each year.

However, Professor Andrew Grulich, head of the HIV Epidemiology and Prevention Program at the Kirby Institute, said the number was now so low, it was not even recorded.

“These days we don’t even monitor it, it’s a transitory thing for most people; people have AIDS, then they go on treatment and they don’t have AIDS anymore,” he said.

While the fight against HIV is still ongoing, Professor Grulich said the change to the incidence of AIDS had been “nothing short of miraculous”.

“It’s pretty much dealt with as a public health issue,” he said.

“The only cases we see of AIDS these days are people undiagnosed with HIV and so they can’t be treated.”

‘I thought it was going to be a death sentence’

Lloyd Grosse, 51, who was given three years to live when he was diagnosed with HIV three decades ago, never imagined he would live to see the end of AIDS.

“I probably always thought it was going to be a death sentence,” Mr Grosse said.

“The wards were full of people dying, and there were problems with people even delivering food to them, they were pushing food into people’s rooms with the ends of broomsticks, it was a scary time.

At the time, Mr Grosse began working at the Bobby Goldsmith Foundation, Australia’s oldest HIV and AIDS charity, and was given a list of almost 300 clients who were financially destitute and socially isolated.

“There was one week where I had five friends and seven clients die in a week, so those sorts of things are really, really tough to handle,” he said.

Professor Sharon Lewin, director of the Peter Doherty Institute, said anti-retroviral medications had been game-changers, allowing someone with HIV to live a long and healthy life.

“I’ve actually seen a dramatic transformation of HIV from a universal death sentence to now a chronic, manageable disease.”

The end of AIDS is not the end of HIV

Despite the progress, researchers are still quick to point out the end of AIDS is not the end of HIV.

About 1000 new cases of HIV are reported in Australia each year, and those within the sector worry that young people, who did not witness the horrors of the AIDS epidemic during the 80s and 90s, have become complacent.

Professor Lewin said 10 per cent of new diagnoses of HIV in Australia were made of people with advanced HIV infection.

Advocates are also setting their sights on the rest of the world, particularly in countries in the Asia-Pacific region, where 180,000 cases of AIDS and 1.2 million cases of HIV are reported each year.

Don Baxter, an international officer at the Australian Federation of AIDS Organisations, said it was vital Australia continued to support other countries who had not yet beaten the AIDS epidemic.

“We are seeing very few countries actually reducing that rate of infection at this stage, and we don’t see the political will of those governments as we’ve had in Australia,” Mr Baxter said.

He said Australia had previously committed $200 million to the Global Fund, set up to distribute resources internationally to target HIV and AIDS, but more was required.

The sentiment was echoed by Professor Lewin.

“We’re hoping in September when the fund is replenished our Government will be even more generous than that,” she said.

AIDS no longer a public health issue in Australia