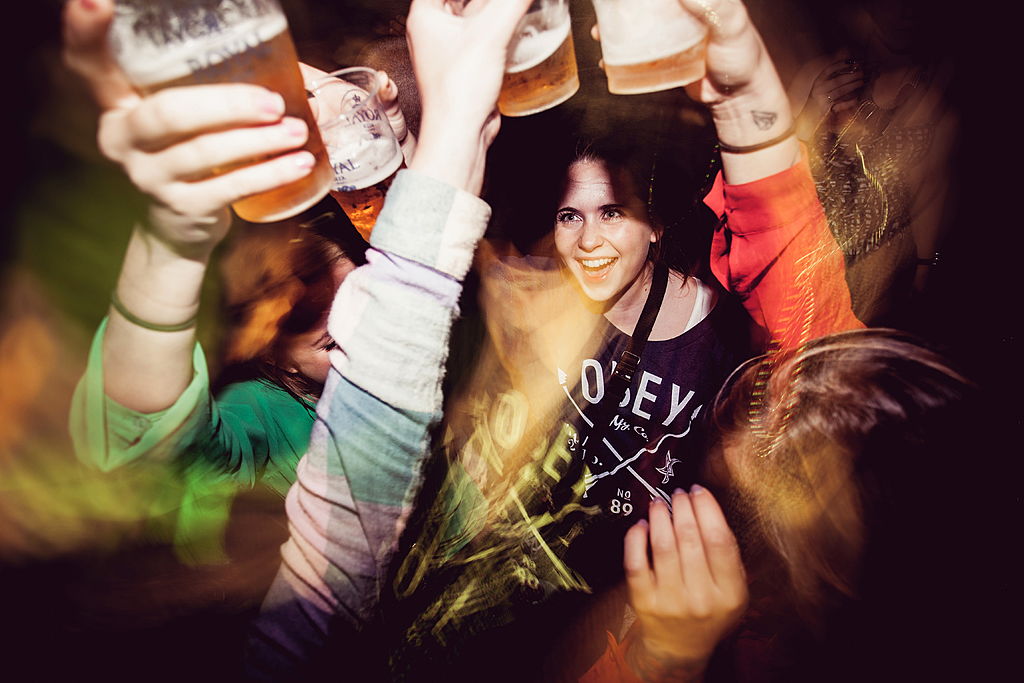 More than half of female university students in Australia are skipping meals before a big night out so they can save calories for alcohol, an Adelaide study has found.

The study, by PhD student and researcher Alissa Knight at the University of South Australia, looks into the social phenomena dubbed “drunkorexia”.

Ms Knight said drunkorexia was the combination of two social cultures in Australia involving binge-drinking and a desire to be thin.

“It’s a new phenomena and it sort of involves the use of distorted eating, such as starvation, dietary restriction, purging, vomiting, excessive exercise … for the sole purpose of saving calories for alcohol use,” she told the ABC.

“It seems to have evolved out of two quite prominent socio-cultural norms, operating in Australia for young female adults.

“So one — you have the social norm of drinking, so in Australia it is quite a dominant cultural identity where you’re almost seen as quite un-Australian if you don’t have a drink in your hand at a barbecue or a club or bar — and number two is the social norm of thinness.

“The problem with these two social norms is that they’re actually quite conflicting because alcohol is also quite fattening with a lot of calories, so every time one goes to binge drink, they are ingesting a lot of unwanted extra calories on top of what they normally consume.”

Ms Knight said women taking part in the study admitted to skipping meals on a Friday night in preparation for a big night of drinking on a Saturday.

“So the pay off for that seems to have been the evolution of this drunkorexia behaviour, where they can literally starve themselves for an entire day,” she said.

The obvious concern of drunkorexia behaviour was the impact the practice was having on women’s physical and mental wellbeing.

Ms Knight said drinking on an empty stomach can make alcohol up to 10 times more potent.

“For a lot of these young adults, most of them are at university or they’re trying to obtain something similar so they can also be at risk of developing cognitive function deficits, which can obviously lead to and impact upon their learning capabilities things and so forth.”

She said traditional eating disorders are driven by a desire to be thin, but research showed drunkorexia predominantly appeared to be motivated by the need to drink.

However, she said the additional danger of drunkorexia was the possibility the eating disorder pattern could become more prominent.

She said results from the Australian research showed a higher incidence of drunkorexia than research conducted in America.

‘Drunkorexia’: the new trend to be drunk and thin