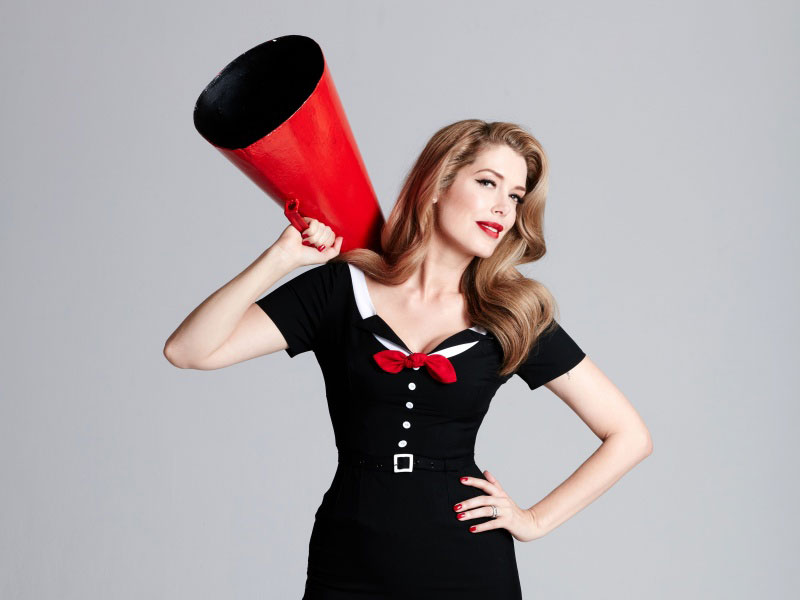 Some silences are deafening. Studies suggest that fewer than one in four voices we hear from in the mainstream media are women.

Considering they account for roughly half the population, author and feminist Tara Moss, who has long been a champion for equality, finds figures like this disturbing, particularly given the wealth of knowledge and experience that’s clearly missing from public discourse as a result.

Her new book, Speaking Out: A 21st Century Handbook for Women and Girls, aims to encourage women and young girls to insist upon making their voices heard, offering practical solutions to very real everyday problems.

One of the biggest challenges facing women and young girls is the phenomenon of gaslighting, a form of mental abuse whereby someone is manipulated into doubting their own memory, perception and sanity.

“Gaslighting is just one of the forms of silencing employed against women and others at times, particularly children,” Moss explains.

“It can be a dangerous one, particularly in the context of domestic or family violence, where the victim is often intentionally isolated and told that the abuse they are experiencing is not abuse, that they can’t trust their memories and that they shouldn’t speak out or report a crime.”

Signs you could be a victim

• You are told you are being emotional, hysterical or crazy, and that you don’t know what you are talking about.

• You find yourself frequently apologising.

• You are told you ‘deserved’ or ‘asked for’ something bad to happen to you, including assault, abuse or harassment.

• Your self-esteem or trust in your own judgement is low.

• You can’t understand why you are not happy, with so many apparently ‘good things’ in your life.

Gaslighting in the workplace

Gaslighting also manifests in office situations, with domineering bosses or colleagues undermining a female colleague, and in public debate with men shutting down a woman’s argument, dismissing her out of hand without addressing her points.

A prime example would be attorney general George Brandis asserting that Labor Senate leader Penny Wong was “becoming hysterical” in a heated debate and that she should, “just calm yourself”.

With gaslighting this brazen in public discourse, it suggests an even greater problem behind the scenes.

“This dismissive silencing technique, used against women with power and expertise, is shockingly common even when the cameras are rolling, so it’s concerning to think of how often women in regular day life are experiencing it in the workplace and in their homes when the world isn’t watching,” Moss says.

How to put an end to it

While constructive criticism can be incredibly helpful in our daily lives, gaslighting never is and can be incredibly damaging. Moss hopes Speaking Out can offer practical tips to spot when its in play and how best to respond.

“Take a moment to consider what’s being said and determine whether it addresses your argument at all,” she advises. “If it doesn’t, for example if someone is insulting your skin colour, gender or appearance, it’s not criticism, it’s an insult. These forms of insult are not ‘debate’.

“If it’s happening online, you may be able to block and ignore, or even report if needed, and though it isn’t always so easy, hopefully you won’t have to deal with that person again.

“In the physical world it may be less easy to avoid an individual, but suggested responses may include, ‘Why don’t we stick to the point here?’ or ‘Perhaps you could focus on my argument,’ or, in the case of gaslighting, something like ‘I am well aware of what happened, because I was there. Let’s discuss what we should do about this issue.’”

Gaslighting: what is it and are you a victim?