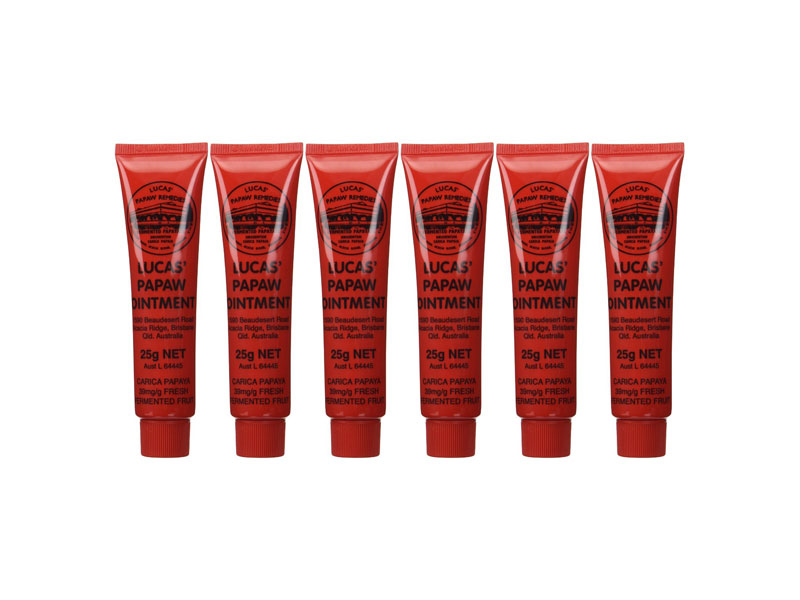 The company behind Lucas’ Papaw Ointment has struggled to deal with the sudden Chinese interest in its hugely successful product.

Developed in a Queensland shed over 100 years ago, the ointment is made from petroleum jelly and a papaw concentrate that takes a month to ferment.

A rising interest in the recognisable red tubes recently prompted some Australian chemists limit sales to two tubes per customer, puzzling manager Lynette Swinglehurst who had also noticed a spike in wholesale orders.

After some investigation, Ms Swinglehurst discovered large quantities of the product were bypassing chemist shelves and being packaged up for keen Chinese buyers.

Ms Swinglehurst told The New Daily it didn’t take long to deduce that their products were bypassing Australian shoppers.

“Month after month it was these crazy, crazy amounts [the wholesalers] wanted. Then we started hearing they were selling out in chemists.”

She told The New Daily a Chinese-owned chemist in Melbourne was ordering huge amounts of the product, only to take most of it out the back of the shop to be packaged up for the Chinese market.

“They’ve got rooms out the back with people making packages with Papaw Ointment, baby formula and Nu-Lax [an Australian-made laxative],” she said.

Since 2008, when six Chinese babies died of melamine poisoning from contaminated baby formula, demand for Australian formula has skyrocketed, triggering limits on how many tins each customer can buy.

Similarly to Papaw Ointment, Nu-Lax has a lengthy production process and the sudden Chinese interest in its product has also sparked issues for the local company.

A Nu-Lax employee acknowledged the growing Chinese interest had been a problem but declined to speak further.

She believed the product was then hitting Chinese shelves for resale.

To give an idea of the huge demand, Ms Swinglehurst said Lucas’ Brisbane factory produces about 60,000 tubes of Papaw Ointment per day, but still couldn’t keep up.

She said while the company has looked into entering the Chinese market, it would involve clinical testing and hoop-jumping they’re simply not interested in.

“We’re very happy being a domestic company,” she said, adding that orders had calmed in recent months.

How much papaw is in there?

The brand has come under scrutiny in the past for the relatively small amount of fermented papaw contained in each tube or tub.

Lucas won’t reveal its ingredient list (they say this is to keep the formula a secret), but does publicise that each 25gram tube contains just under one gram of fermented pawpaw – or less than four per cent.

In a post titled “Setting the story straight” in 2015, the brand claimed its fermented papaw solution was too potent to be applied directly to the skin and needed to be diluted with petroleum jelly for safety.

Chemists crack down on sales of Papaw Ointment