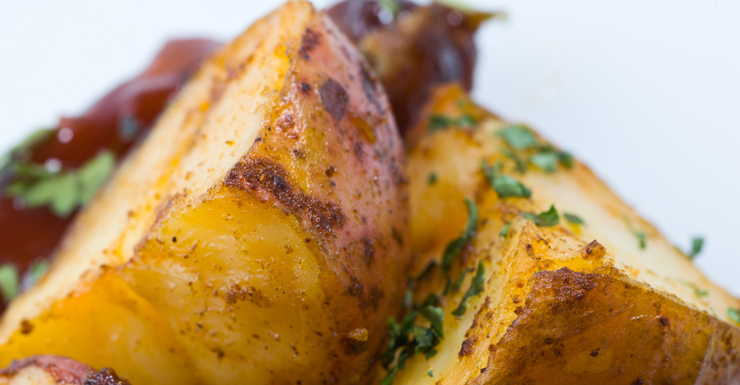 Just don’t fall into the trap of ‘demonising’ the humble spud.

In a study published last week in the British Medical Journal, US researchers found that people who ate four or more servings a week of potato – whether fried, baked, mashed or boiled – had a higher risk of developing hypertension (high blood pressure).

“We found independent prospective associations of higher intake of baked, boiled, or mashed potatoes and French fries with an increased risk of hypertension,” the authors concluded.

“These findings have potentially important public health ramifications, as they do not support a potential benefit from the inclusion of potatoes as vegetables in government food programs but instead support a harmful effect that is consistent with adverse effects of high carbohydrate intakes seen in controlled feeding studies.”

The researchers examined data from over 187,000 men and women in three large US medical studies, which assessed the participants’ dietary intake, including frequency of potato consumption, and tracked whether they had been diagnosed with hypertension.

Their findings suggest that only women, not men, were at risk of developing hypertension as a result of eating four or more servings a week of potatoes, compared with less than one serving a month, whereas high consumption of French fries or hot chips was associated with an increased risk of high blood pressure in both sexes.

They also found that swapping one serving a day of potatoes with a non-starchy vegetable, such as broccoli, cauliflower, asparagus or mushrooms, was associated with a decreased risk of developing hypertension.

This could be because potatoes have a high glycaemic index compared with other vegetables, which means the starch is broken down faster and results in sharper spikes in blood sugar concentrations that can put additional stress on the blood vessels.

The verdict: potatoes not an everyday food

In an editorial published in the same issue of the medical journal, two Australian academics – UNSW’s Professor Mark Harris and Deakin University’s Dr Rachel Laws – argued that studies focussing on just one food can be “problematic” for research and “confusing” for consumers.

Dr Rebecca Reynolds, a nutritionist at the University of New South Wales, echoed these concerns and said a focus on specific foods or nutrients often resulted in them being “demonised”.

“I totally agree with them that a lot of the time in science and the media, certain foods and nutrients are demonised and things are taken out of context when actually it’s a whole dietary pattern that matters,” Dr Reynolds told The New Daily.

Instead of dropping potatoes from our diets, Dr Reynolds recommended making potato dishes healthier by altering the cooking method or by adding protein, fibre or healthy oils.

“I wouldn’t be surprised if the types of [cooking] potatoes that people were reporting in this study are the less healthy ways of eating potatoes.”

For example, adding cream, butter or salt would greatly alter the nutritional value of the potato dish and affect the risk of developing hypertension.

“I would recommend potato salad where you cook and then cool the potato, when you do that the structure of the carbohydrate changes so that it becomes resistant to digestion and therefore have a lower GI.”

Another nutritionist, Dr Joanna McMillan, recommended that potatoes not be removed altogether, as they are a good source of vitamin C, dietary fibre and protein. But she advised that consumers instead watch their portions and frequency.

“From a dietary diversity point of view, you don’t want to be having potatoes more than once a day, but if you’re having potatoes every day that probably means you’re missing out on some other carb-containing food,” Dr McMillan said.

“So if you have potatoes one day, have some brown rice the next day, have some quinoa another day, have some wholegrain bread in another meal so that you really mix up the different sources of plant foods that you’re getting.”

The verdict on whether potatoes really are bad for us