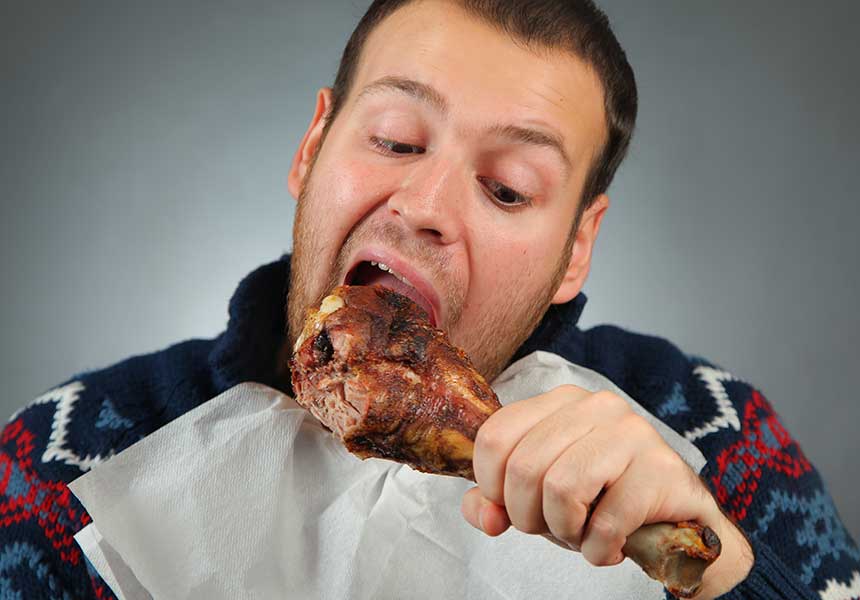 The popular diet, known as the Paleo diet, is more effective for weight loss than following the recommended Australian dietary guidelines, research has found.But the long-term health effects of eating a Paleo diet remain unclear.

Experts from Edith Cowan University (ECU) put 39 healthy women on either a standard Australian diet or a Paleo diet for four weeks.

The Paleo diet encourages consumption of fruits, vegetables, lean meats, nuts and eggs. But grains, legumes and dairy are banned.

Lead researcher Angela Genoni said women on the Paleo diet lost an average of two kilograms more over the period than the standard diet group.

“While both groups lost weight over the period, the Paleo group lost an average of 4.3 per cent of their body weight over the testing period, compared to 1.6 per cent for the recommended dietary guidelines group,” she said.

Those on the standard diet were asked to increase vegetable and fruit intake and whole grain products, reduce fat intake, and consume low fat dairy products.

“Advice was also given to reduce intake of discretionary food items, such as cakes, biscuits, sugary drinks and candy,” the research noted.

Scientists from ECU’s School of Medical and Health Science also compared the impact of the diets on cardiovascular health and found no significant difference between the two diets.

But researchers said despite the weight loss on a Paleo diet, they were cautious about advocating any diet that cuts out whole food groups.

“Significantly, the Paleo diet markedly reduces the calcium intake relative to the [standard healthy guidelines] diet because it excludes all dairy products, which could have a negative impact on bone strength, particularly in older people,” Ms Genoni said.

“Our results showed loss of weight was significantly associated with the reduction in energy intake, and percentage of daily energy from protein,” Ms Genoni said.

But they conceded a higher intake of protein could cause health problems in the long term.

“There is much more to health than simply weight, so dietary patterns that exclude entire food groups are likely to impact overall health due to a reduction in food variety, therefore further research is required in healthy subjects to assess the long term health impacts,” she said.

The study found cutting out food groups in the Paleo dieters led to significant reductions in vitamins such as thiamin, riboflavin and calcium.

“Larger studies are recommended to assess the impact of the diets over a longer term,” the research said.

Future studies are planned to focus on the impact of the Paleo diet on gut health.