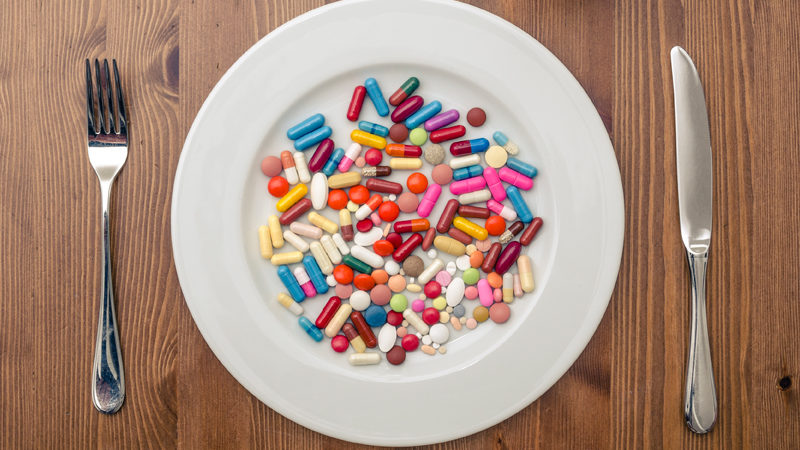 Troubling questions have been raised about the quality and safety of vitamins and dietary supplements, in a joint investigation by the New York Times and the PBS Frontline program.

The report asked leading clinicians and researchers for their assessment of whether products actually did consumers any good.

It found that in the multi-billion-dollar industry, some supplements and vitamins could actually be harmful.

“We love the notion of a magic pill. It’s something that makes it all better. It’s just too seductive,” paediatrician Paul Offit, from the Children’s Hospital of Philadelphia, said.

He questioned why people were taking supplements and vitamins in the first place.

“You need vitamins to live. The question is, do you get enough in food? And I think the answer to that question is yes,” Dr Offit said.

“Then you look on the back [of product bottles] and you find that a number of these vitamins are contained in amounts that are much greater than the recommended daily allowance.

“Now there are studies done showing if you take a mega vitamin, you actually can hurt yourself.

Fish oil has been widely taken as a supplement in the belief it could prevent heart attacks and cardiovascular disease.

But after compiling the best studies on fish oil from the world’s most prestigious scientific journals, epidemiologist Andrew Grey, from the University of Auckland, argued differently.

“I think for cardiovascular disease, one has to say there is no compelling evidence that taking fish oil protects against the first heart attack, or a second heart attack,” Dr Grey said.

“People who are advised to do that, or are doing it, are wasting their time and their money.”

Dr Herbert Bonkovsky is an investigator with a liver injury network funded by the US National Institutes of Health. He said he was concerned about the harm some supplements caused.

“This has been sort of the fastest-growing kind of liver injury that we’re observing in the drug-induced liver injury network,” he said.

“The frequency with which we see this has roughly tripled in the past 10 years.”

In Hawaii in 2013, there was an outbreak of liver problems which health officials later linked to a diet and workout supplement called OxyElite Pro, which used a compound called aegeline.

“Aegeline is a normal component of the Bael tree, and it’s been used as a natural product by naturopathic healers for centuries, usually fairly safely,” Dr Bonkovsky said.

“But they didn’t use Bael tree extract. They bought aegeline from a Chinese drug company that made aegeline, at least, the company claimed it was aegeline, and within a few months, they began to observe patients with liver failure, mostly in Hawaii but not entirely.”

In 2013, a mother of seven died when she suffered liver failure after taking OxyElite Pro.

The US regulator, the Food and Drug Administration (FDA), has since linked OxyElite to more than 70 cases of liver damage. The company has denied any responsibility.

Concerns about supplements and liver damage have also been raised in Australia, with a West Australian man speaking to the ABC after losing his liver – most likely as a result of taking a protein powder with green tea extract and a supplement containing garcinia cambogia.

Data has since shown herbal supplements have been linked to at least six Australian organ transplants since 2011.

Buyer beware: products not what they claim

He bought dozens of brands of the herb and started testing the DNA.

“Thirty per cent had no black cohosh. And in the samples that we found, we could identify the other plants as well, and they were from ornamental plants from China,” Dr Baker said.

Dr Baker and his colleagues published the result in an academic journal, but it did not get much attention, so they kept testing, with similar disturbing results.

“What I see in this is that there are those who take the easy way out, the fraudulent way, and want to put something in the bottle that’s cheap and readily available. And buyer beware.”