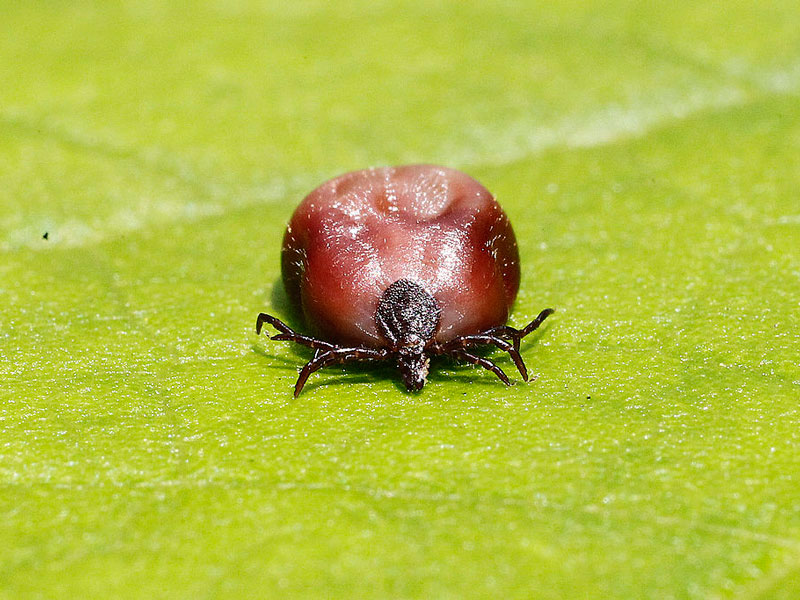 The discovery of how the proteins in a tick’s saliva stop a human’s immune system from running amok could be the answer to treating life-threatening blood disorders, researchers say.

When a tick attaches to a human, it injects a substance that blocks immune rescinders, which allows it to remain there without being rejected for up to 10 days, as it feeds on blood.

Associate Professor Hans Elmlund, from Monash University and co-author of the joint study with Oxford University, said the ticks had found a way to evade the human immune system.

• Dying cancer patients are better off at home
• The bloodsucking critters causing havoc in your bedroom
• What is ‘imposter syndrome’ and do you have it?

“They need to do that to be able to bite and feed on their targets for prolonged periods of time,” Associate Professor Elmlund said.

“These proteins that the ticks evolved, they can be used to inhibit a system called complement and this system can run amok in a number of diseased conditions including some life threatening blood disorders and some rare genetic kidney disorders.”

Professor James Whisstock, the director of the ARC Centre of Excellence in Advanced Molecular Imaging, said the discovery means researchers now have a greater understanding of certain blood disorders.

Among those is one known as Paroxysmal Nocturnal Hemoglobinuria (PNH), which is life threatening and causes the immune system to attack and destroy blood cells.

“One of the really cool things of the discovery is how a therapeutic antibody, which is used in a clinic to treat a disease called PNH, also functions to target the same part of the immune system,” Professor Whisstock said.

PNH is treated using a medication called Soliris, which can cost $500,000 a year, per patient.

But scientists hope this new understanding about proteins will help to bring that cost down, as new treatments are developed.

“I think that where this is going is to develop new and actually less expensive therapeutics to target a whole range of important immune-driven diseases,” Professor Whisstock said.

Associate Professor Elmlund said he hoped new treatments, developed as a result of the discovery, will be cheaper and more effective.

“People that become resistant toward treatment with Soliris can potentially be treated with these new inhibitors,” he said.

“Administration would be more effective as well because these are small molecules… so it would be very easy to administer; it would penetrate much more readily.”

The findings are also expected to help scientists to discover more about other blood, inflammatory and immune disorders, and how to treat them.

The joint study will appear in the latest edition of Nature Structural and Molecular Biology journal.

Matildas will be keen to forget 7-0 drubbing by Spain
Upcoming stats will reveal where and how hard rates are hitting economy
Victorian MPs pocket a tidy 2.75 per cent pay raise
Reserve Bank review isn’t a ‘get the governor’ exercise: Jim Chalmers
‘Violence for weeks’ feared after landmark US abortion ruling
Aussie Hannah Green within striking distance of Women’s PGA Championship lead
Dying cancer patients are better off at home
Today's Stories