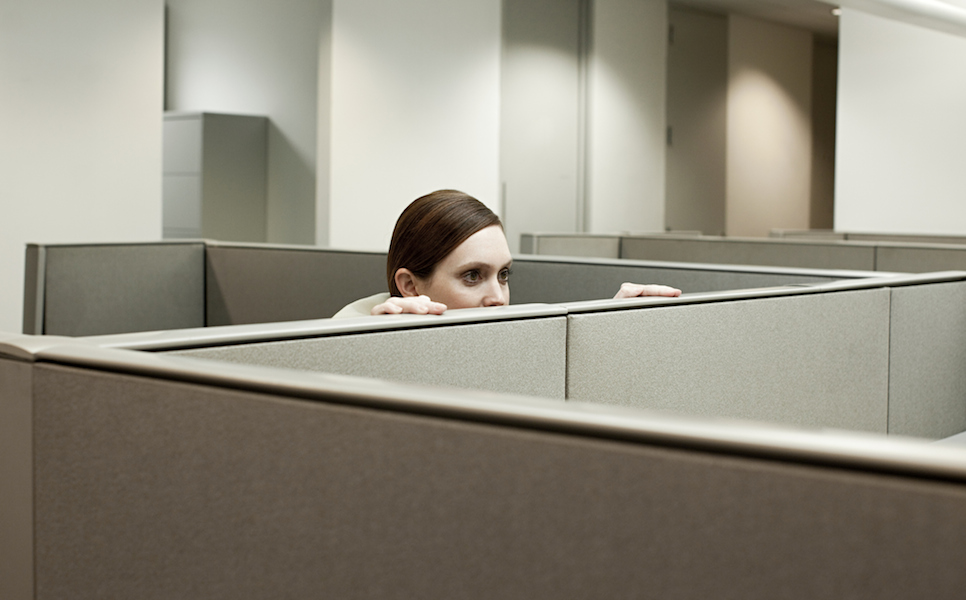 You’ve finally achieved a career goal you’ve been lusting over for years. But instead of basking in the glow of your success, you feel like a fraud. Negative self-talk starts to creep in and you think, “I don’t belong here”, “I was lucky” or “They couldn’t find anyone else”.

This is ‘imposter syndrome’ – a nagging feeling that even though you’re seen as successful, you’ve fooled everyone into thinking you’re up to the task when in fact your success is due to luck or a mistake. You’re convinced you’ll be unmasked at any moment and revealed as a fraud.

The term ‘imposter syndrome’ was coined by American researchers Pauline Rose Clance and Suzanne Imes in the 1970s. Although their research focused on high-achieving women, subsequent research estimates that a whopping 70 per cent of us – male and female – will experience at least one episode of imposter syndrome in our lifetime.

It’s not recognised as a formal psychological impairment but research shows imposter syndrome plagues everyone from students to academics, marketing managers and physicians.

Hugh Kearns, a lecturer and researcher at Flinders University and director of Thinkwell, says imposter syndrome is especially prevalent in education and sport settings, among creative professionals and when we’re required to speak in public.

“You’re much more likely to find it in places where people are going to be evaluated or measured in some way,” he says.

Celebrities are not immune, with some of our most well-known stars – including Tina Fey, Chris Martin and Michelle Pfeiffer – admitting they feel like frauds despite international success and adoration.

Even Harry Potter star and UN Goodwill Ambassador Emma Watson revealed to Rookie magazine: “It’s almost like the better I do, the more my feeling of inadequacy actually increases, because I’m just going, ‘Any moment, someone’s going to find out I’m a total fraud, and that I don’t deserve any of what I’ve achieved’”.

Business coach Suzanne Mercier, CEO of Imposterhood and Purpose to Profit, says the causes of imposter syndrome are complex but perfectionism and family dynamics are believed to play a significant role.

“If we’ve been raised by people who are perfectionists, instead of looking at what we’ve achieved, we look at how far we’ve got to go until we’re perfect rather than the achievements, which reinforces that feeling of not being good enough,” she says.

“Plus, we might be given labels if we’re in a family with more than one child: she’s the clever one, she’s the pretty one, he’s the sporty one. The labels they define us: ‘I must be this because the people closest to me see this, so I have to live up to it’. It confines us.”

The irony is that imposter syndrome is correlated with success and people who don’t suffer from it are more likely to be the real frauds.

Why? Because of a cognitive bias known as the ‘Dunning-Kruger effect’ where people with poor skills mistakenly rate their ability as above average.

The theory posits that the skills that create competence are often the very same skills necessary to evaluate competence.

“The less people know about a subject the more confident they tend to be,” says Kearns. “The more you know the less confident you tend to be. As you know more you realise it’s complicated.”

So does that mean imposter syndrome is a help rather than a hindrance because it aids success? Not really. Every time you achieve success you don’t believe you earned it so you set the bar even higher, which doesn’t bode well for your wellbeing.

“The real downside of the imposter syndrome is it stops people achieving their potential,” says Kearns. “They aren’t enjoying their achievements, even if they’re successful.”

What is ‘imposter syndrome’ and do you have it?