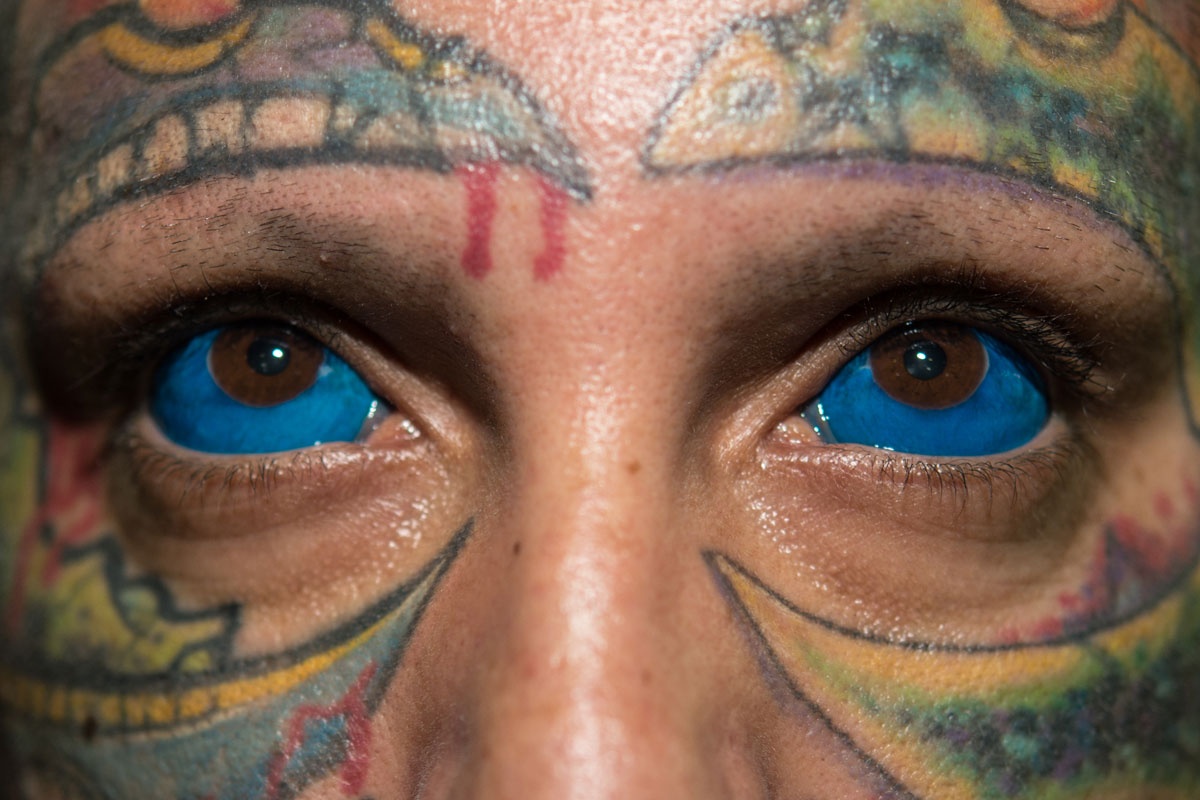 The New South Wales government may be forced to backtrack on its decision to approve the process of ‘eyeball tattooing’.

Eyeball, or sclera, tattooing is performed by injecting ink into the white of the eye and was pioneered by a Melbourne-based tattoo artist known as Luna Cobra.

At least 20 Australians are believed to have endured an eyeball tattoo, with most having travelled overseas for the pleasure.

In a raft of amendments made in NSW parliament on Friday, eyeball tattooing was included in a list of “skin penetration procedures”, including tongue piercing and tongue tattooing, effectively legalising the controversial procedure.

The government’s move has drawn the ire of optometrists, concerned that unnecessary cosmetic procedures on such a delicate organ could lead to blindness.

Luke Arundel, an optometrist for 18 years, said the list of possible side effects was concerning.

“There’s much more at stake. If a conventional tattoo goes wrong, it’s going to look ugly but you could have it removed with a laser … eyeball tattooing is permanent and we’re talking about a much more delicate organ.

“We’re potentially risking one of our senses, our vision.

“We’re simply concerned about the health risks from this particular procedure.”

As well as the potential loss of sight, Mr Arundel said the short-term side effects from the procedure were unpleasant.

“What we’re talking about short-term are chronic headaches, ulcerations, haemorrhaging,” he said.

“A lot of the websites talk about a 10 per cent risk that the ink can actually leak to the surrounding tissues and this gives the person a permanently black eye.

“But cosmetics aside, we’re more concerned about irreversible blindness.

“The fact that there’s multiple injection sites, that’s a source of infection and infection in something as delicate as the eye can lead to blindness.

“And we’re talking about non-medically trained individuals doing these injections around a very sensitive organ.

“There’s significant risk that the needle and the ink could puncture the eyeball itself and that’s very dangerous, and could lead to them losing the eye.”

‘We don’t have gay marriage, why is this legal?’

Perth-based tattoo artist and piercer Kylie Garth said she had her eyeballs tattooed three years ago in Melbourne by one of the few known artists, Luna Cobra.

“We don’t even have gay marriage, but you’re legalising an eyeball tattoo, why is this even happening?” Ms Garth told the ABC.

“The health department has been ‘yeah this is cool’, it means any piercer can do it.

Ms Garth, who had worked alongside Mr Cobra when clients underwent the procedure, said it was a specialised technique which posed many risks.

“I haven’t heard of anyone going blind like the mod community [but] I’m sure backyard people have done it and maybe caused too much pressure or gone into the wrong part,” she said.

“There [are] so many risks … what about someone using a dirty needle, or the wrong kind of stuff?”

Garth said she liked the aesthetics and there was “never a risk factor” with Cobra.

But she said the experience was scary, like undergoing a medical procedure or extreme sports.

“I liken it to skydiving – I knew it was safe, but it’s always scary,” she said.

“But it wasn’t very painful, it felt like a bit of pressure then slight irritation. It’s less painful than plucking your eyebrows.”

NSW Health Minister Jillian Skinner said a ban on the procedure was likely.

“I’ve sought advice as to whether there are any legitimate medical reasons for eyeball tattooing and if there are not then I will consider measures to ban the practice,” she said.

But Mr Cobra has hit back at critics, calling the process safer than smoking or drinking.

“Any reports of a link between cancer and eyeball tattoos is only speculation and this has never been reported since I started this in 2007,” he told AAP on Tuesday.

“The demand is very low, less than 10 people across Australia … about one eye per year.”

Mr Cobra, however, does say on his website that “people are now blind from eyeball tattooing”, although none he has worked on.

“There are still risks involved, of course, but in the eight years I have been performing this procedure, all my clients are all still ok.” Why eyeball tattoos could leave you feeling blue