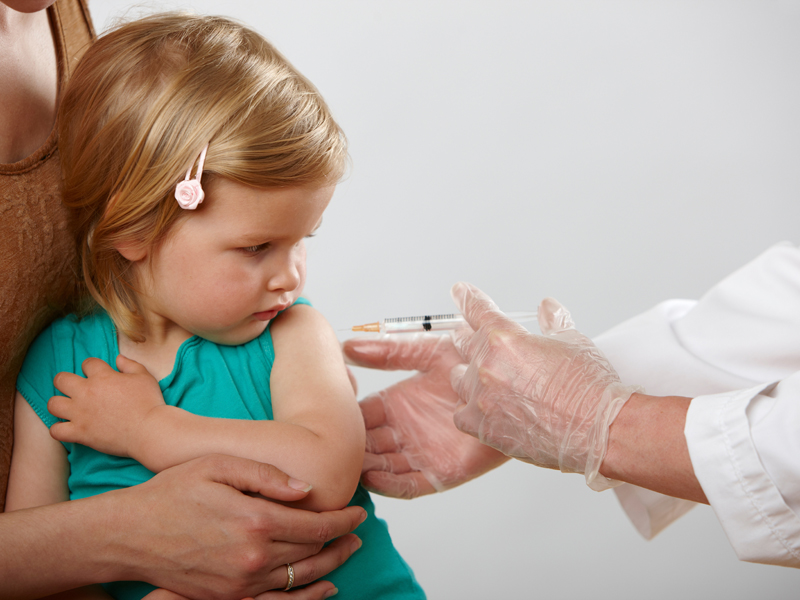 More than 1200 Australian suburbs have not reached national vaccination targets needed to protect communities from the spread of ­serious illness and diseases, new data reveals.

National vaccination data published by independent health agency, National Health Performance Authority (NHPA), on Thursday revealed more than 1200 postcodes had rates below the national immunisation target of 95 per cent, and more than 100 had rates below 85 per cent.

But a paediatrics immunisation specialist told The New Daily anti-vaxxers needed support rather than criticism.

Despite ongoing campaigns spruiking the importance of immunisation by health services and recent policy changes by federal and state governments, the NHPA data revealed the total number of non-immunised children fell from nearly 30,000 in 2013-14 to 26,671 in 2014-15.

Dr Margie Danchin, an immunisation paediatrician at Melbourne’s Royal Children’s Hospital (RCH) and a senior research fellow at the Murdoch Children’s Research Institute, told The New Daily she didn’t think many postcodes would have rated over 95 per cent in the data.

“They are setting the bar high, but it’s a good aspiration and we know it’s a level of coverage we require in the community for immunity, especially for diseases like measles,” she said.

“I think it is the right aspiration but I think a lot of work will need to go into that to get there.”

The federal government’s “no jab, no play” legislation introduced on January 1, 2016, was one initiative to tackle the growing anti-immunisation numbers.

The policy withholds family payments up to $15,000 per year from parents who fail to vaccinate their kids and restricts their access to childcare and kinder.

Thursday’s NHPA data showed both ends of the socio-econimic spectrum were “culprits” of high rates of under-vaccinating, for example inner-city Melbourne and its south-eastern suburb of Brighton, and Sydney’s Parramatta.

“Disadvantaged families like refugees, immigrants, or those isolated or disengaged with the health system – these are the families that need to get support to vaccinate –  but instead they have their welfare payments cut further which just disadvantages them even more,” Dr Danchin said.

“The wealthy families are not being penalised and for them, they don’t really need the extra money or could hire a nanny instead of going to day care.

“So now, we really need to find out why the data is high in the wealthier areas for under-vaccinations , whether it’s complacency or they just can’t be bothered?”

She said the legislation would not be impacting those families who were at the far end of the spectrum in hesitating or delaying towards vaccinations, and those who refused them all together.

However, Dr Danchin said there were positive aspects of the government’s policy beginning to show through families seeking vaccination ‘catch-ups’.

She said GPs and the RCH were starting to experience an influx of families who had decided not to vaccinate their children in the past, but who now wanted to learn more about how they could go about it going forward.

The good, the bad and the ugly

NHPA CEO Dr Diane Watson said although there were recorded improvements in the percentages of children fully immunised in some local areas in 2014–15, there were a number of areas where rates remained potentially too low to prevent the spread of diseases.

The data was divided into categories for five-year-old children, two-year-olds, and one-year-olds.

The NSW north-coast region, including suburbs Brunswick Heads, Ocean Shores, South Golden Beach and Burringbar, was the worst area in Australia for vaccinated one-year-olds at 73.3 per cent.

Other regions that rated poorly were the Nepean Blue Mountains (NSW) including Katoomba, Leura and Medlow Bath at 76.8 per cent, north-west Melbourne at 80.4 per cent, and Perth South which encompasses Maddington and Orange Grove at 82.1 per cent.

The best region for one-year-olds was Tasmania, including Kingston and Kingston Beach with an immunisation rate of 98.2, Adelaide including Fairview Park, Surrey Downs and Yatala Vale at 98.1 per cent, and the Australian Capital Territory encompassing Fadden, Gowrie, Macarthur and Monash at 98 per cent.

Meanwhile, some of the worst suburbs for five-year-olds were on the NSW north-coast region taking in Byron Bay, Broken Head and Myocum with a vaccination rate of just 61.1 per cent.

Dr Danchin called on the government to implement a measuring tool to work out what was actually driving specific areas in the community not to vaccinate their children.

“Firstly we need to understand the reason for under vaccination, and then there needs to be more support for those who are not” she said.

“We need to support people to discuss their concerns and to engage with health care providers because we know the most powerful reason a parent will decide to vaccinate is after a health care provider makes a clear recommendation and if they trust their provider,” she said.

“So the more we empower our primary health care providers, nurses and doctors, and the more they are having constructive conversations with parents then the more we are going to be addressing hesitancy on a broader scale.”

The government’s “no jab, no pay” legislation passed in the Senate in November 2015, and became law from January 1, 2016 with the support of the Coalition, Labor and the Greens.

The laws withhold family payments up to $15,000 per year from parents who failed to have their children vaccinated.

The changes mean parents who conscientiously object to vaccination for philosophical or religious reasons will not be able to collect the payments.

Only families who are unable to vaccinate their children for medical reasons will be exempt.

“We are getting tough on this issue because it’s important that we start addressing things like a significant increase in whooping cough.

“We know the spread of things like measles is becoming more virulent.” These are the worst immunised suburbs