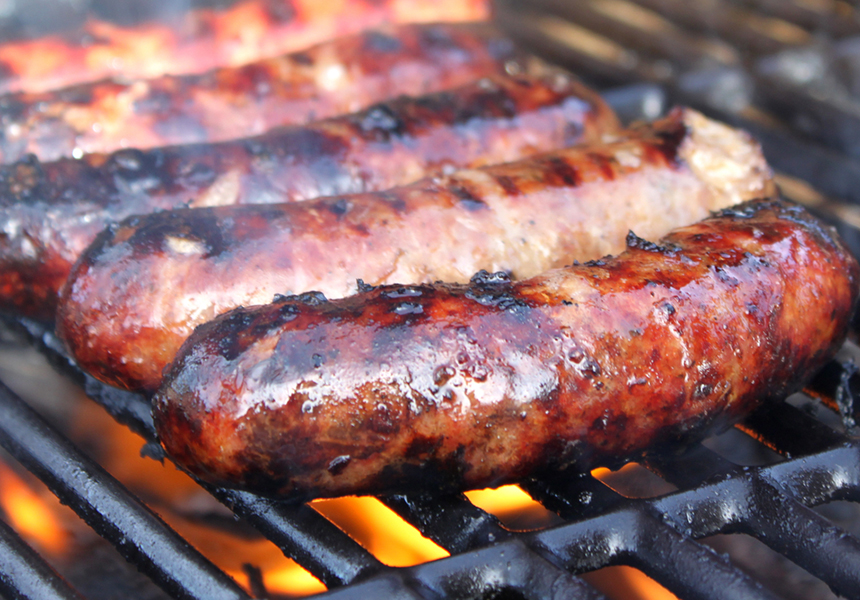 It’s been a terrible twelve months for those who enjoy nothing better than gnawing on a juicy steak.

Study after scientific study, many of them broad-reaching meta-analyses of dozens of pieces of previous research, hammered more nails into the coffin of the humble carnivore.

• This is the ‘most dangerous’ drug on the market
• Consumers warned over ‘useless’ pills and potions
• Forget fat: these three food ingredients are worse
• Dr Karl takes aim at Generation Gullible

There was some good news. Few if any of the studies seemed to imply that we must totally abstain from steaks, bacon, burgers and other delicious meat treats. Many of the benefits seemed achievable by simply eating less of them.

After a year of watching diet studies, it was the basics, as always, that stood out: drink more water, do more exercise, and eat more fruits and vegetables.

But if you’re looking for the biggest health lesson from last year, it could be to avoid the butcher shop whenever you can. Here’s why.

Arguably the most compelling study of the year, this meta-analysis compared multiple diet studies to conclude that vegetarians lose weight faster, at least in the short term.

The average diet it examined lasted for 18 weeks. On average, vegetarians in those studies lost two kilos more than those who ate animal products. Vegans lost slightly more again: an average of 2.5 kilos.

The study, published in the Journal of General Internal Medicine, was reportedly the first to ever conduct such an overview of the possible benefits of not eating meat. Thus, it was arguably the most persuasive of the vegetarian studies of 2015.

Vegetarians may burn more energy when resting, research from July suggested, which could help explain why non-meat eaters seem to lose weight faster.

The study published in Nutrients compared 26 vegetarians to 26 non-vegetarians.

It found that the non-meat eaters, especially those with the highest amounts of vegetables fats in their diet, had the most active metabolisms of the two groups.

If true, it means that even when not exercising vegetarians could be burning more calories, helping to keep them slimmer.

The International Agency for Research on Cancer (IARC) conducted a meta-analysis of 800 studies and, based on that research, established a link between meat and colorectal (colon and rectum) cancer.

The IARC classified processed meats including bacon as a “definite” cause and unprocessed red meat as a “probable” cause.

What many media outlets did not report was that the comparable risk of eating meat, which was far, far lower than many other known cancer causers, such as alcohol, smoking and asbestos.

But red meat could still be responsible for 50,000 global cancer deaths a year, the IARC estimated.

Those who eat lots of fruits, vegetables, legumes and nuts and little processed meat may be diagnosed less often with depression, according to a study from September.

The research published in BMC Medicine had an impressively large sample size of 15,093 Spanish university graduates.

All participants were reportedly free of depression when the study began. After 10 years, the group with the poorest healthy eating rating (which took processed meat into account) were more likely to have been diagnosed with depression or to have taken antidepressants.

The good news was that there was little difference between the moderate, high and very high healthy eaters, which suggests small improvements in diet, such as eating less processed meat, could make a big difference.

5. Better for the environment

In February, a US healthy body responsible for recommending changes to national dietary guidelines concluded that veganism was the diet that caused the least harm to the environment, and that beef was the food type that caused the most damage.

Their report clashed with a study released much later in the year, which implied that swapping meat for more fruits, vegetables, dairy and seafood would increase the US population’s use of energy resources and water and emit more greenhouse gas.

The US committee is arguably more persuasive because it reviewed multiple studies. Another flaw of the single study was that it calculated the per-calorie environmental impact of meat to vegetables. This is despite the fact that most people probably need to eat less calories, not swap meat for the same caloric amount of vegetables.

All the potential good news for weight-conscious vegetarians was made even better by a groundbreaking study from September, which purported to narrow down which fruits and vegetables are the best for cutting fat.

The Harvard University research published in PLOS Medicine was based on an impressive 24 years’ worth of survey responses from 133,000 people.

It concluded that the following fibre-rich fruits and non-starchy vegetables were linked to the most weight loss:

So if you’re wanting to maximise your shift away from meat, probably don’t just stock up on vegetarian pizza and meat-free chips and gravy.

Do it right. And maybe the environment and your waistline will benefit.

‘What a hit’: Albanese on attack after dire wages data
Inquiry into mother’s convictions over deaths of four children
Viagogo loses appeal over $7 million penalty
Sydney home sprayed with bullets in gang violence
‘Admit what the hell is going on’: Biden wants US to face White Supremacy problem
Device detonated, man arrested in Brisbane sieges
Price of Panadol to double after subsidy cut
Today's Stories