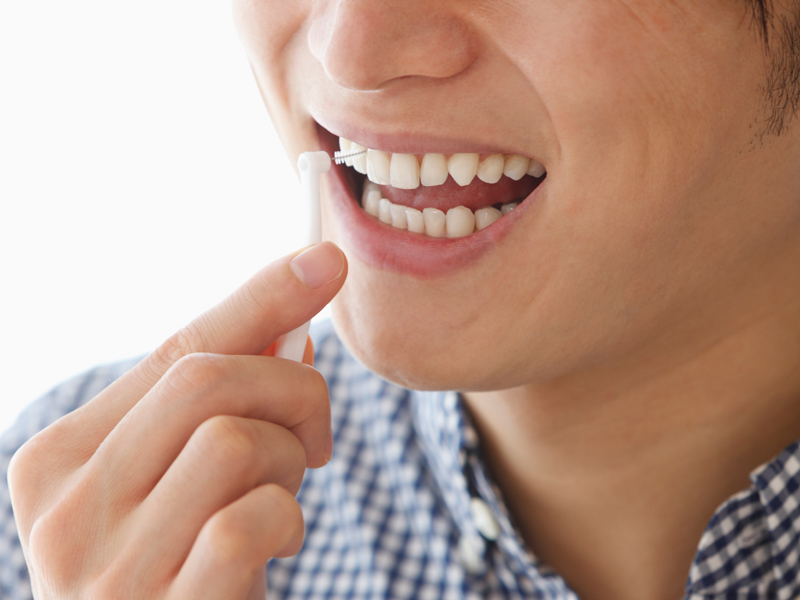 Consumers have been advised to consider using a hugely popular Swedish tooth cleaner that is little-known here in Australia.

The interdental brush has spread across Scandinavia and western Europe after being popularised by Swedish company TePe in the 1990s, but is yet to take off Down Under.

The wire brushes, pushed in and out between tooth gaps, are the main competitor to dental floss, and are seen as superior in some ways by experts.

A spokesman for the Australian Dental Association (ADA) said the brushes are recommended by a “significant number” of dentists, particularly for people with braces, large tooth gaps, advanced gum disease or hard-to-reach back teeth.

The dental expert said he recommended the products to all his patients.

“They’re easier to use, so a well-used brush is more than likely going to be better than a poorly-used bit of dental floss,” Dr Sachs said.

Dental supply company TrollDental, the Australian importer of TePe brushes, has only recently chosen to sell the products directly to the public via pharmacies and their website, reportedly at the request of the dental industry.

“Initially we were only selling to dental professionals, but the wish from them was that we supply to pharmacies and the public as well so that everyone could have more ready access,” TrollDental general manager Rachael Rose told The New Daily.

“There is a growing awareness of interdental brushes in Australia, but there’s still quite a low market awareness compared to Europe and Scandinavia.”

How the brushes compare to flossing

The topic has not been widely studied, but there is some, albeit low quality, scientific evidence that interdental brushing is superior to flossing.

A literature review in 2013 of seven studies found evidence that interdental brushing was better at preventing gingivitis (gum inflammation), but only after one month of comparison.

It may be that the two are similar in effectiveness, but that consumers prefer brushing, making it the superior product. The idea that interdental brushing might be easier, and thus more popular, was supported by studies conducted in 1996 and 1998.

The spokeswoman for TrollDental, which also imports floss, said the possibility that consumers prefer brushes was their chief benefit: “Because it’s easier, people are more likely to do it more often.”

Some users may prefer the brushes to dental floss because they:

• are easier to use discreetly in public;
• don’t flick gunk out of the mouth;
• are reusable for about the same length of time as a toothbrush;
• may hurt less than flossing;
• clean all sides of the tooth gap at once, rather than just one side, to better prevent gum disease and cavities; and
• can more easily reach the back teeth, if you use the angled variety.

The main disadvantage is that people with very small gaps between their teeth will find even the finest of brushes (colour-coded as pink in the TePe range) impossible to use.

A price comparison is difficult. A six-pack of reusable TePe brushes sells for approximately $9, whereas non-reusable dental floss is roughly $5 or less per pack.

How to use the brushes safely

Because interdental brushes are metal wire covered in bristles, there is a risk of poking the wire into the user’s gums, so be gentle and don’t force them between the teeth.

The ADA’s spokesman rated the risk of injury as “minimal”, saying he had never heard of irreversible damage being done in all his years of recommending the products to his patients.

“You will get the occasional brush that will break off at the tip of the handle, but they’re usually easily retrieved with a pair of tweezers,” Dr Sachs said.

The local supplier, TrollDental, acknowledged the risk, but said that flossing can also cause bleeding by occasionally forcing plaque down into the gums.

“There’s risks with both,” Ms Rose said. “The key is to just to go slowly and carefully and not be poking things in your mouth with abandon.”

How to buy the brushes

TePe brushes, the most popular brand globally, can be bought from pharmacies and dental clinics.

They are also available to buy online from these Australian websites:

There’s now a ‘better’ way to clean your teeth