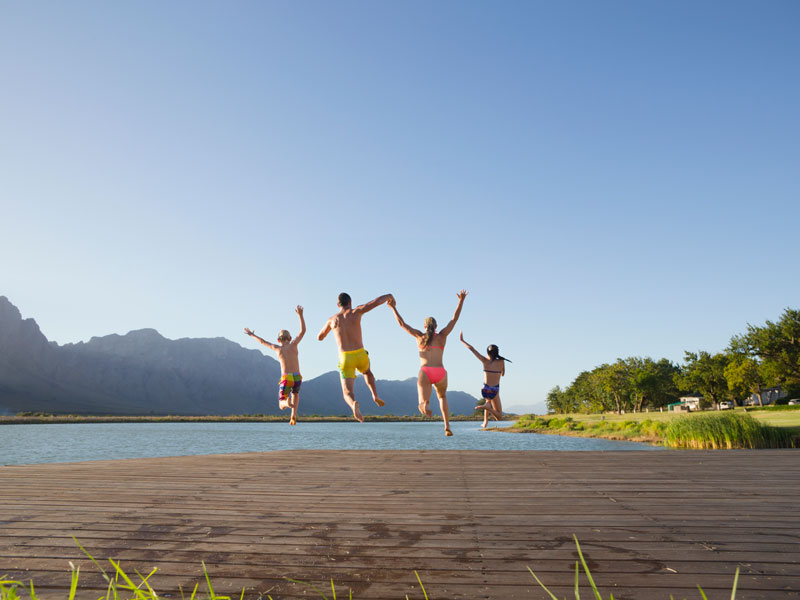 How happy is this family to be on holiday? Thank the ipad, sugar, bribes and medication perhaps? Photo: Getty

Being sick on holiday can be a real headache, but there are ways to make your body immune to ‘leisure sickness’.

The time leading up to holidays is often much more stressful than the usual working week.

Suddenly there is a stack of work to do before you embark on two weeks of relaxation, but this stress can actually see you ending up in bed, rather than the beach.

“The thing is people can get sick at any time of the year, and we all go on holidays at some time so some people are going to get sick on their holidays,” Royal Australian College of General Practitioners’ Dr Ronald McCoy told The New Daily.

“The average adult gets between two and four colds a year, which is quite a lot … [they might have] a cold for a couple of weeks, so there is a good chance you are going to be sick.”

Very little research has been done on the phenomenon, although anecdotal evidence would seem to indicate it hits at exactly the moment you should be hiking or sailing into the sunset.

A 2002 study found leisure sickness was a “relatively common condition”, influenced by high workloads, certain personal characteristics, a high need for achievement and a high sense of responsibility for work.

“People are often working right up to the time they go on holidays and a lot of people get themselves into a rush … so if they get a bit sick they are probably a bit more tired,” Dr McCoy said.

But there are ways to beef up your body’s immune system before you go.

It can be difficult to keep the stress levels down leading into time off, but according to Dr McCoy, this is one of the most important things to do.

“Getting ready to go travelling can make people more anxious,” he said.

“People find it harder to sleep, and one of the things we do know is you are more likely to cope with a cold if you are relaxed and sleeping well.”

One way to prevent this last minute rush, he said, was packing your bags a week early.

“Then you can just come home, have a shower and hop off to the airport,” he said.

Chowing down on a Maccas hamburger for breakfast, lunch and tea amidst the last-minute rush is probably not the best idea if you want to avoid getting sick.

According to Dr McCoy, eating well, exercising and refraining from a few too many alcoholic drinks in the lead-up to a holiday, is key.

“If you are over tired, you haven’t been eating properly and are lacking in sleep, it will be a bit harder to bounce back if you do get sick,” he said.

Particularly when in airports and on planes, good personal hygiene can help to stave off illness, much more so than blaming the air circulated through the plane.

“That is a myth, the air is possibly cleaner in most airplanes than outside, so it is probably more likely being close to people [that gets people sick],” Dr McCoy said.

Washing hands before eating or drinking or, if you were really concerned, using hand sanitiser, is by far the best way to prevent the spread of germs.

This is particularly true for tray tables – they are some of the dirtiest parts of a plane with more than 12 times the bacteria of a household toilet seat.

Plan for jet lag in advance

One of the more unavoidable impacts of travelling internationally is jet lag, but with a little bit of planning, you can minimise the impact.

“We say more than four hours is a long haul flight, it usually takes a day per hour timezone difference to adjust,” Dr McCoy said.

So if there is a five hour difference, you should allow for four or five days to adjust.

“Try to establish a normal routine, going for walks in the sunshine – sunshine sets a clock – and trying to eat at the normal times can help,” he said. Why do you always get sick on holidays?