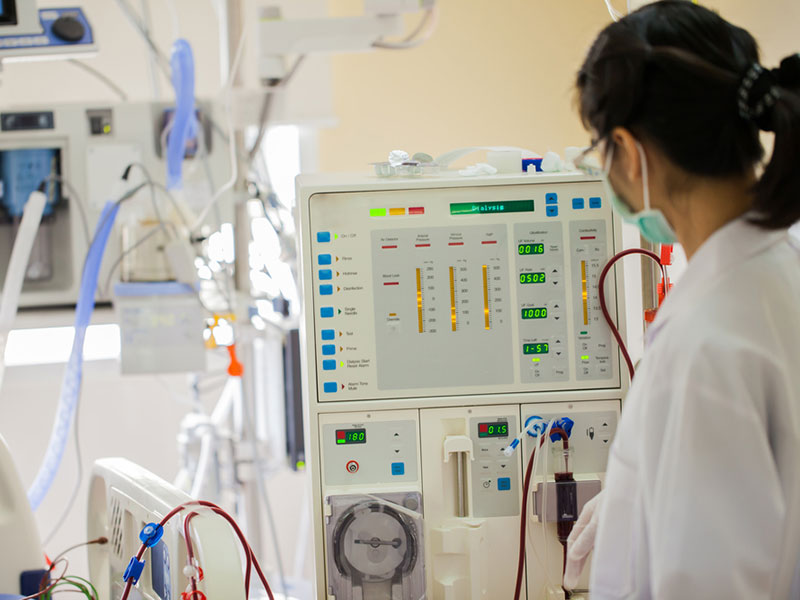 A Victorian man’s altruistic kidney donation has started a chain of events that resulted in seven lives being saved on one day.

The record-breaking operation was made possible because of the generosity of Paul Bannan, 54.

• Parkinson’s disease stem cell therapy trial set for Australia
• Smoking, drinking down but obesity still rising
• How to get healthy, glowing skin in a week

Mr Bannan was originally going to donate his kidney to a friend, but once that was not necessary, he decided to donate it to strangers who needed it.

The humble maintenance fitter from regional Victoria said he wanted to help others.

“So somewhere along the line I’ve helped a mate.

Usually a kidney donation occurs between two people who know each other.

But in the case of a paired kidney exchange, patients with willing donors who are incompatible swap donor kidneys.

Renal transplant surgeon Tim Furlong from the Royal Melbourne Hospital said the surgery was standard but the number of operations made it special.

“It is a big deal. It’s one of the most [important things] that I can do in my job because there are so many people involved and because these patients in need are so difficult to transplant,” he said.

People with kidney failure rely on a dialysis machine for life-saving treatment, but it does not provide a cure.

On average patients need treatment three times a week for the rest of their lives, restricting where they can work and travel.

“It’s really, really good to be able to get them transplanted and off dialysis,” Mr Furlong said.

‘It was a pretty easy decision’

Mr Bannan’s decision to donate began in 2011 when his friend Rob Cairns discovered his kidneys were failing.

“Originally it was just going to be a one-on-one donation, so Rob and I were compatible,” Mr Bannan said.

But before Mr Bannan was ready to donate, Mr Cairns received a kidney from a deceased donor. Doctors told Mr Bannan he could walk away from the program because his friend no longer needed help.

Before he was allowed to donate, Mr Bannan had to undergo a complete lifestyle transformation.

He lost 15 kilograms, gave up his pack-a-day smoking habit and started to exercise.

“My GP wanted me to cut down the smoking, watch my cholesterol, drop the sugar out of my diet,” Mr Bannan said.

“And as he said, if he had have known that it would take me to lose a kidney, he would have cut it out years ago.”

“Paul is unique, he is a fantastic hero really,” he said.

“With the paired kidney exchange we often facilitate two transplants, or perhaps three transplants but seven is the biggest transplant chain we’ve managed to date in Australia.”