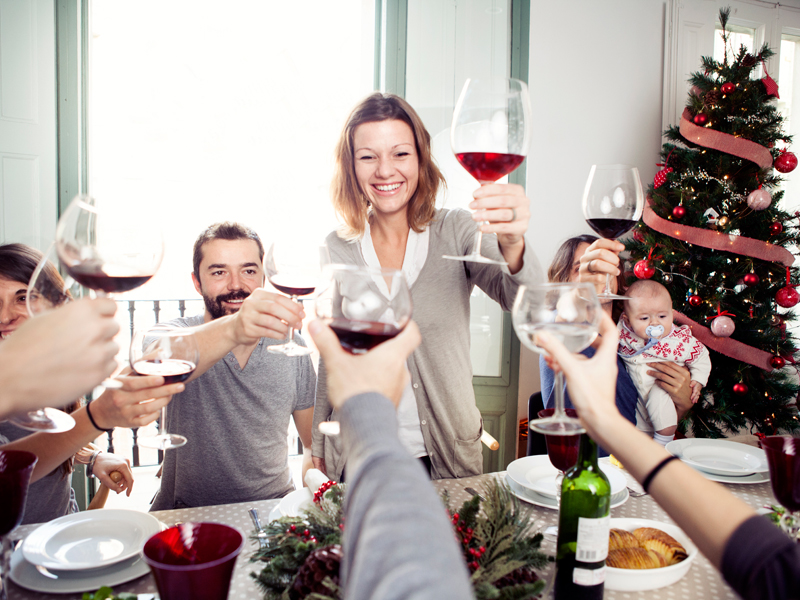 Experts have warned Australians enjoying the Christmas period that it will be far easier to eat and drink less over the festive season than trying to work it off in the New Year.

Cancer Council Victoria and VicHealth have launched a campaign aimed at sugary drinks, a popular indulgence over the festive period, while also warning that many other treats are just as impossible to overcome with exercise.

In a funny new video, the health body illustrates just how hard it is to work off a 600ml bottle of full-sugar soft drink.

Burning up the roughly 1000 kilojoules in the beverage would take the average person 3km of running, according to health experts for the campaign.

Soft drinks were the focus of the video, but the message applies to all the snack foods we so frequently overeat over Christmas, a diet expert told The New Daily.

Dietitian Alison Ginn, a spokeswoman for LiveLighter, which sponsored the video, said it was theoretically possible to work off the energy accumulated from the “endless snacking” of the festive season, but highly unlikely.

“You may have a meal with friends or with family and then out roll the chocolates, shortbread and cakes and you can end up snacking on them all afternoon,” Ms Ginn said.

“One thing touched on in the video is that you could potentially be doing exercise and using up that energy, but I think most of us would know that if you’ve spent a whole afternoon snacking on unhealthy foods, the chances of moving off the couch are pretty slim.”

Another nutrition expert confirmed this idea that prevention is far better than cure when it comes to holiday splurges.

“Danger zone times” of overeating, such as Christmas and New Year, often result in small fat gains, which account for the majority of our weight gains year after year, according to Deakin University Associate Professor Tim Crowe, who cited recent research.

“Plain old overeating” is the cause of these fat gains, with exercise unlikely to counteract the problem, Assoc Prof Crowe said.

“Faced with the abundance of food to eat over the holiday period, only the truly dedicated activity buffs would likely see a benefit on their weight.”

But perhaps the focus is wrong?

The core of this Christmas message is energy balance – the idea that counting calories and trying to meticulously align input with output is beneficial.

Another nutrition expert had a contrary view. Charles Sturt University’s Dr Marissa Samuels agreed that eating less at this time of year would be a good outcome, but thought that focussing on it, especially negatively or pedantically, could be counterproductive.

Instead, Dr Samuels advocated “mindful eating”, a concept that involves putting as much importance on how you think about eating as the food itself. At its heart is the idea of savouring, rather than scoffing, food.

“The thinking around mindful eating is that you slow down, pause and think about your eating without any judgement, rather than really focussing on that idea of energy balance – that we must either burn it off or eat less,” she said.

• Slow down the pace of your eating;

• Eat with less distractions; and

If you use these strategies over Christmas, eating less could come naturally, without worry, Dr Samuels said.

“If you do that, we’re more likely to enjoy our food and maybe not overeat.” You can’t outrun Christmas, but you can out-think it