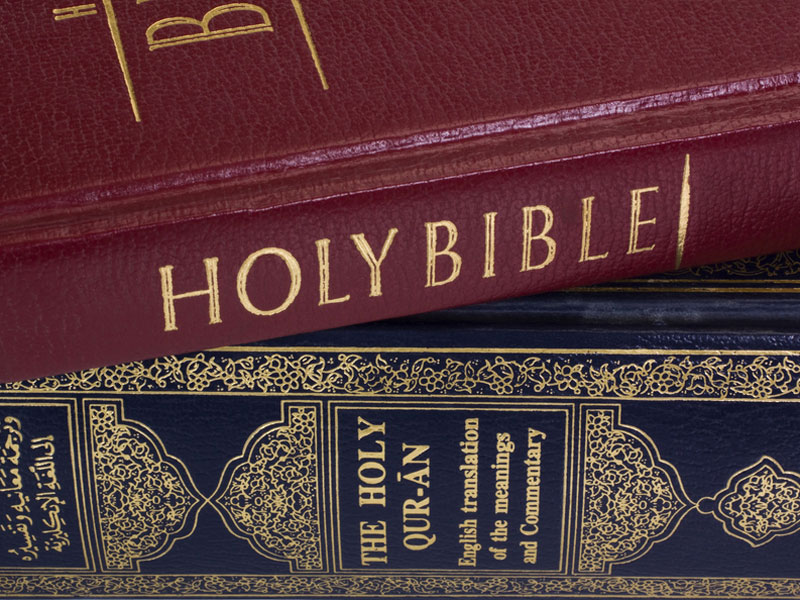 Australia’s two most vocal faiths struggle to coexist, according to experts, but there is hope for harmony.

The nation remains majority Christian, with 67 per cent claiming to be adherents in the 2010 census.

But the Christian faith will lose its status as the majority religion by 2050, the Pew Research Centre predicted earlier this year.

As Christianity shrinks, Islam is forecast to grow worldwide, closing the numbers gap between the two.

This waning influence on one side, contrasted with groups of violent, misguided men practising a perverted form of the other faith, is sure to exaggerate the resentment that supposedly already exists between the two faiths.

“The media tend to trivialise the faith and only associate it with the strange, weird or serious issues of abuse.”

“Christianity feels to be on the back foot – falling away from formal religion – and Islam is viewed as a successful faith that is good at expressing themselves freely,” Professor Haire said.

“This is sometimes seen as unfair and creates a sense of discomfort.

“Muslims are very articulate people and not afraid to talk about their faith. This can create divide.”

An expert in Islamic studies agreed there was a “gap” between the two faiths, which he said was the fault of both.

“They feed off one another in a bid to strengthen their own agendas.

“Both are interested in their rights to salvation and have a non-acceptance of certain people and unfortunately more people are being drawn into this way of thinking.”

The professor also blamed the media for fuelling the conflict.

“I took my colleagues to a major newspaper to try and establish a relationship and understand why the media published such negative stories about the Muslim people,” he said.

“I was told by the managing editor that three things sell newspapers: David Beckham, the war in Iraq and Muslim terrorism. This is the mindset we have to try and combat.”

Whatever its cause, the anti-Islamic mindset is prevalent. National survey data published this week revealed widespread opposition to Muslim immigration.

Nearly half of the respondents cited “Islam” as a factor that reduced the likelihood that these new Australians would fully integrate into the community, the Australian Institute for Progress reported.

Can the two faiths bridge the gap?

Charles Sturt University’s Assoc Prof Ozalp said the Christian churches needed to recognise the problem of Islamaphobia and encourage their members to be more respectful.

“[Bridging] the gap is possible through creating national events that open the channels for dialogue. These should include music and performance – things that yield a greater commonality and allow for deeper discussions yielding religious respect among theologians, intellectuals and the wider communities.”

The Australian Centre for Christianity and Culture’s Professor Haire was optimistic that peaceful coexistence could be achieved so long as both sides cooperated.

“Both the religions have to be flexible in working towards overcoming institutional issues,” he said.

“Of course the two religions can survive together. People demand meaning in their lives. Meaning is crucial to human happiness. People will do anything for meaning and therefore religion will always have a place in this country.” Christians ‘to become a minority’ in Australia