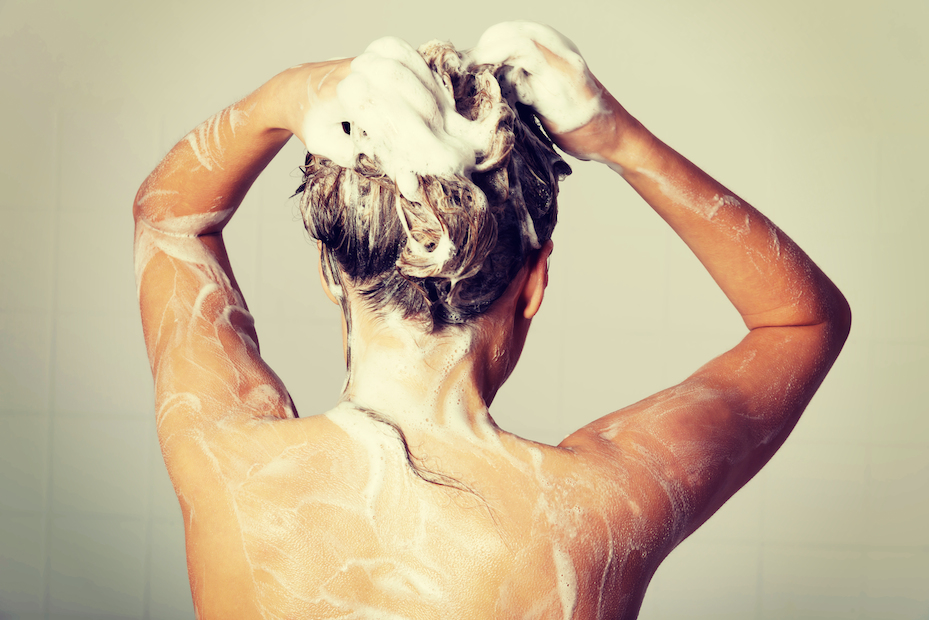 Ever heard of the ‘no-poo’ movement?

No, it doesn’t have anything to do with avoiding fibre – it’s actually a movement of people who are swapping shampoo for more natural products, or simply not washing their hair at all.

• The best footwear for every type of exercise
• Are you getting enough exercise? Probably not

Some no-pooers believe the chemicals in shampoo and other beauty products are carcinogenic and damaging to your hair.*

They argue shampoo strips the oil from healthy hair and by giving it up you allow your hair to “balance out”.

Other no-poo followers do it for financial reasons – cutting out the cost of buying expensive or cheap shampoos for cheaper alternatives like baking soda and apple cider vinegar.

With devotees including actress Gwyneth Paltrow and singer Adele it’s no surprise there are a number of people looking to join the movement.

So, here’s the $5 billion question (which is what a leading shampoo company makes worldwide each year): should we be trading in our trusty lather-and-rinse for a product that gets smells out of the fridge?

David Salinger – Trichologist and Director of the International Association of Trichologists – and dermatologist Dr Rodney Sinclair break it down for us.

How often should I wash my hair?

A whopping seventy per cent of the Australian population wash their hair daily – but are they on the right track?

According to Mr Salinger, while some people can last up to three days without washing their hair, others might have irritation on the scalp and will need to wash sooner.

This irritation is caused by yeast and other bacterial nasties growing on the scalp.

“If you’re exercising and working up a sweat then you should definitely wash your hair every day,” Mr Salinger adds.

Meanwhile, Dr Sinclair, spokesperson for the Australasian College of Dermatologists, believes a bit of personal preference should come into play.

“I think people are pretty good at determining how often they should wash their hair,” Dr Sinclair says.

He believes people with dandruff could find it gets worse if they’re not using their medicated shampoo regularly to treat the condition (which can include Sebhorrhoeic dermatitis).

“Thirty per cent of the population is susceptible to dandruff.”

What type of shampoo should I use?

Mr Salinger recommends people use a shampoo with a PH level of 5.5 – that’s because it’s the same PH level as your skin.

“It matches the PH on the skin and keeps yeast and micro-organisms in check,” Mr Salinger says.

Some shampoo bottles will include their PH level on the label. If in doubt, ask your hairdresser.

Dr Sinclair says the shampoo you choose depends on the your hair type.

What happens if I don’t wash my hair with shampoo?

“If you just wash with water you don’t get rid of anything on the scalp,” Mr Salinger says.

This causes yeast to grow and, according to Mr Salinger, most problems related to dandruff are caused by yeast growth.

Worse, if your scalp gets too oily, yeast on the head can grow out of control and cause bad smells.

Dr Sinclair says people who don’t use shampoo and have dandruff are likely to make it worse.

“The scalp will get itchy as well,” he says.

Dr Sinclair says oil will continue to be produced on the scalp causing hair to be flat and smelly.

Dr Sinclair says conditioners are necessary as they replace the oil in hair which shampoo has washed out.

*(Cancer Council Australia says the chemicals in beauty products like shampoo don’t cause cancer: “The chemicals used in these products are scrutinised by regulatory bodies around the world and so far there is no evidence that using cosmetics, shampoo and other such products as intended increases the risk of cancer.”) Here’s how often you should wash your hair