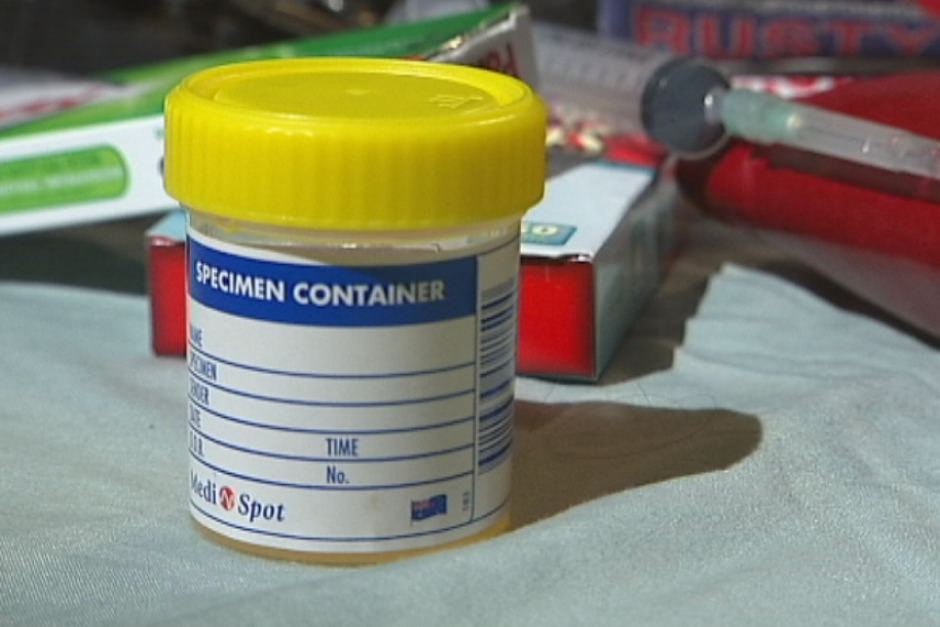 A woman who has been charged with harming her daughter by injecting her with urine is a prolific “mummy blogger” who wrote in detail about her family’s life, particularly the ill health of the child she is accused of harming.

The child was born with a genetic illness which frequently brought them in to contact with various hospitals and specialists.

“I wanted him [the doctor] to treat her. Do something. Anything. She was in pain and I could see she was becoming unwell,” the mother, who cannot be named for legal reasons, wrote in her blog, which has now been removed.

Through her mother’s advocacy and profile, the girl became a poster child for various charities, which gave the daughter the opportunity to dance in the Sydney Opera House.

“Because [the child] is such an adorable-looking child they used her for publicity, she was on big banners at the airport,” a friend of the accused, who asked to be called Karen, told the ABC’s 7.30.

“My first reaction when I heard that the police were involved in my friend’s case, I was horrified, I couldn’t believe it at all.

“She’s the last person I would expect to ever, ever do anything to any of her children.”

Earlier this year, after a number of hospital admissions, senior doctors at both John Hunter and Westmead Children’s became concerned.

Police investigators will allege that in a 24-hour period around March 11, a mixture of yeast and fungus grew in one of the tubes that made up the daughter’s venous line, in a way that indicated contamination by urine.

Medical staff had never witnessed this before.

7.30 understands the police will allege the mother tampered with the daughter’s stool samples and that the daughter’s severe rash and skin peeling was consistent with laxative abuse.

Police allegedly found syringes, urine samples and laxatives in the woman’s handbag and investigators believe they have medical evidence going back to 2008.

It is a case that has raised a controversial and often misunderstood allegation of Munchausen’s Syndrome by Proxy or MSBP.

Dr Helen Hayward-Brown has studied a number of cases where women have been accused of harming their children, under the MSBP label.

“MSBP is the label given to a mother when she intentionally harms her own child to get attention,” Dr Hayward-Brown told 7.30.

“The mother is seen as being overly protective of her child wanting to go to different doctors being overly interested in medical matters.

“It used to be MSBP but because it got such a bad name it was changed to Factitious Disorder Imposed Upon Another.”

She said the allegation could be a default when specialists had no other explanation for a child’s illness.

“I’ve been involved in approximately over 100 cases of MSBP cases in Australia where mothers have been accused and where I believe they were not guilty,” Dr Hayward-Brown said.

But that is not always the case.

In June last year, a Gold Coast mother was jailed for six years, after poisoning her young daughter with chemotherapy drugs to get attention.

The case highlighted a disturbing new trend of using social media and the internet in these kinds of crimes.

The mother wrote on her Facebook page: “[My daughter] is starting to bruise easily again, if she gets more bruises overnight, we will be making our way up to the emergency room.”

Dr Hayward-Brown said: “If you are the mother of a sick child you may use the internet and blogging to rally support and understanding of your position because often you are distressed,”

“However, the problem is a mother who may actually harm their child, may engage in exactly the same kind of behaviour so it’s difficult for an investigator to tell the difference.”

Police will claim that the daughter’s health has improved since being removed from the mother’s care by the Department of Family and Community Services.

Yet her friend Karen is standing behind the accused mother.

“In a lot of cases of parents that are accused, there is another explanation and there are other sides to the story,” she said.

The case was adjourned on Wednesday at Newcastle Local Court until December 2.