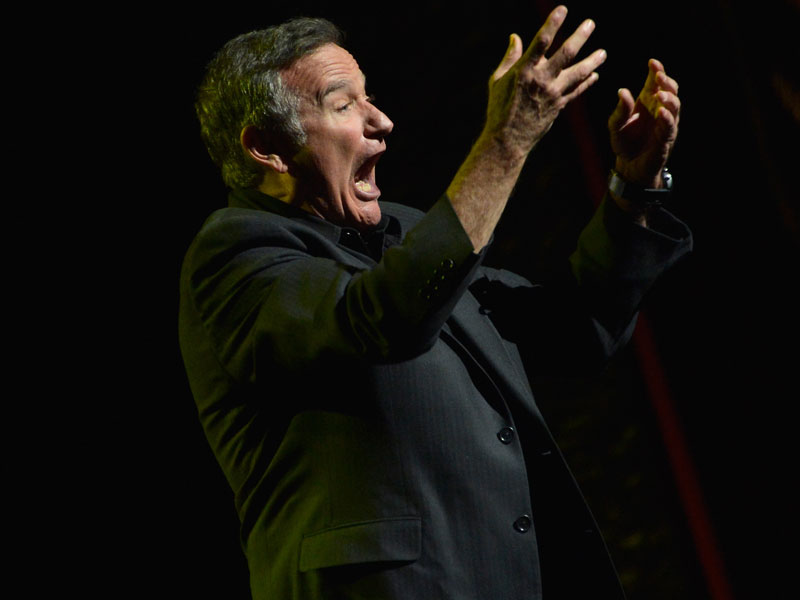 Comedy and tragedy – both have the potential to drastically alter the mood of a room.

But can the two go hand-in-hand?

In an interview with News Limited during Mental Health Week this week, comedian Eddie Perfect opened up on his experience with depression and writing a song on suicide for the ABC in 2014 titled Don’t Kill Yourself.

Many of his fellow entertainers have also spoken about their battles with mental demons, sparking an anecdotal discussion on possible links between depression and comic performers.

The 2014 death of comic wizard Robin Williams shocked the world and attracted an outpouring of grief for the beloved actor, who had spoken many times on his fight with mental illness.

Substance abuse was a particular vice for the comedian, beginning early in his career.

In 2014, Australia’s Fiona O’Loughlin spoke about a struggle with alcoholism and depression, which nearly led her to take her own life.

“I fought it off nine times out of 10 but about every 10th time it would beat me,” she told the ABC, speaking on alcoholism.

“I was the weaker and I’d go on a bender, you know… back we go to square one.”

A 2014 study analysed whether comedians had “a higher level of psychotic characteristics”, with the findings seeming to support this idea.

It also suggested manic traits could inspire out-of-the-box thinking, after looking at the survey responses of about 520 people.

But according to one expert, rather than illustrating a link between comedy and depression, it was more likely an attempt to relieve the symptoms.

‘A way to face demons’

Australian Psychological Society honorary fellow Dr Bob Montgomery told The New Daily using a public persona “as a way of trying to face their own demons” was not limited to comedians.

“Some people use their public persona … as a way of trying to face their own demons,” Dr Montgomery said.

“For a while it works but if you don’t really work out what your demons are and find out what is really bugging you … you may get temporary relief using whatever tips you have found for yourself, but be just as vulnerable next week.

“The reason in both cases is that actually the incidence is quite low but it gets a lot of media attention.”

But for the audience, he said comedy was a “good anti-depressant” with “no side effects” or risk of a harmful addiction.

“It can be really over-played. I just don’t think we’re solving anything,” she told The Sydney Morning Herald earlier this year.

“I think it’s a very momentary, but lovely, moment of release but that doesn’t solve their problems. It’s a little positive piece of a very large complicated puzzle.”

Laughter an expression of fear

Comedians had a “bad reputation” that suggested proliferation of depression, according to comedian, writer and producer Tim Ferguson.

“Laughter is greatly misunderstood, the function of laughter as far as our bodies are concerned is to express fear,” he told The New Daily.

“No one laughs when things go right.

“There is something about that that makes comedians who experience depression very adept at writing comedy.”

Perhaps those within the comedy industry have the best understanding of the mental impact of their job.

“It’s not necessarily about being sad, but about being creative people being sensitive,” Gadsby told The Sydney Morning Herald.

For help or information on depression and suicide contact Lifeline on 13 11 14. The alarming link between comedy and mental illness