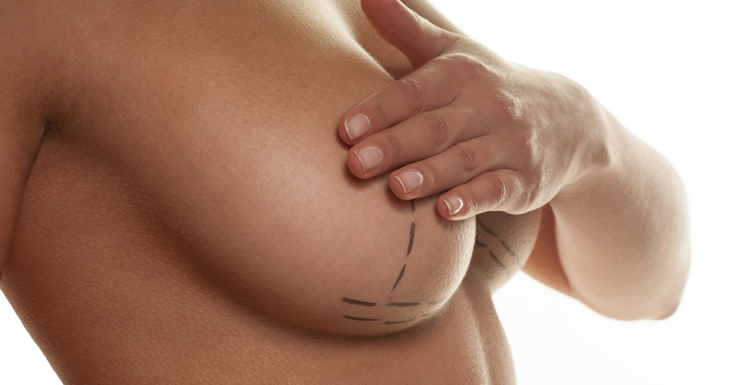 A scandal has prompted cosmetic industry leaders to warn of the dangers of breast enhancements and other elective surgeries performed by non-expert doctors.

This year, two women were rushed to hospital after suffering cardiac arrest during surgeries at the same popular Sydney clinic, The Cosmetic Institute, triggering an investigation by a state government agency.

In response, a leading cosmetic surgeon called for higher industry standards and a ban on cosmetic surgeries at clinics unlicensed to use general anaesthetic.

• ‘It affects everyone’: experts raise dementia warnings
• Eat these foods if you want to lose weight
• Abortion is still a crime in these two states

“Someone has to take the lead on this before somebody dies,” Australian Society of Plastic Surgeons (ASPS) president Dr Hugh Bartholomeusz told The New Daily.

“Cosmetic procedures should no longer be able to take place in unlicensed premises.”

Breast lifts, reshaping and enlargements, along with other elective procedures, can be legally conducted in most Australian states and territories by GPs, who are only licensed to use sedation and a local anaesthetic. These procedures are performed in private clinics, rather than in a hospital under a full anaesthetic, which is reportedly safer.

A CHOICE consumer survey revealed dangerous practices at a number of these cosmetic surgery clinics dating back to 2009.

Dr Bartholomeusz claimed these incidents often involved GPs marketing themselves as ‘cosmetic surgeons’. These doctors often lacked the almost 10 years of additional training after medical school required by the Royal Australian College of Surgeons (RACS) to be recognised as qualified plastic surgeons, he said.

“A distinction between who can and cannot perform cosmetic surgery across Australia needs to be more clearly defined.

“There is a need for ‘cooling off’ periods to give patients more consideration time between initial consultation and undergoing the surgery, and there is a strong need for national licensing and accreditation standards for cosmetic surgery day clinics.”

While most surgeries carry some element of risk, there are ways one can minimise the medical dangers associated with breast augmentation.

Unlicensed clinics use conscious or ‘twilight’ sedation instead of a general anaesthetic, which they cannot legally perform.​​

There is a potential risk that a patient could lose control of their airway passage.

In the event of local anaesthetic use, if the drug is inadvertently administered directly into the bloodstream or at too high a toxicity level, the patient could be in danger.

Advanced Aesthetics specialist plastic surgeon Dilip Gahankari said these risks are minimised when the patient is placed under a general anaesthetic during surgery.

He indicated that in procedures such as breast augmentation which require the dissection of deep tissue, there is occasional but significant bleeding. Therefore the general anaesthetic provides the safest environment for the patient.

‘Think over before you makeover’

Dr Bartholomeusz urged women to be vigilant and to take the time to research a clinic before commencing consultation.

Rather than being purely price driven, there are a number of important factors to carefully consider when choosing a clinic.

Premises that have been granted a license have been approved by the Health Department. Accreditation credentials are an indication that a facility meets certain professional standards.

Women should also research the individual surgeon and anaesthetist’s qualifications and experience. It is acceptable to ask the surgeon for references and to ask to speak with previous patients about their experiences.

The department is awaiting the Medical Board of Australia’s review, due early 2016, before considering further regulation into cosmetic surgeons.

A Ministry of Health spokesperson said the Private Health Care Unit will continue monitoring The Cosmetic Institute to ensure it operates within its limitations as an unlicensed facility, which is not permitted to use stronger means of anaesthesia than conscious sedation. These cosmetic breast surgeries ‘should be banned’