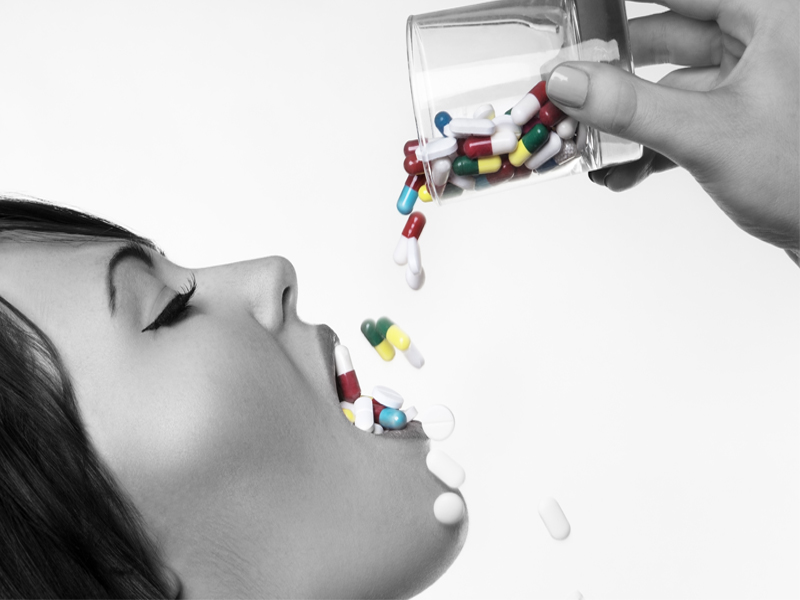 Health experts have expressed concern and dismay at an increase in demand for unnecessary and sometimes harmful vitamin pills.

Between June 2011 and June 2015, the proportion of the nation buying nutritional supplements, including vitamins and minerals, in a twelve month period increased from 36 per cent to 42 per cent, Roy Morgan reported last week — an increase of 1.5 million people.

“Wholesale vitamins to the general public is a total waste of money and can actually be detrimental to health,” Friends of Science in Medicine vice president Emeritus Professor Alastair McLennan said.

“The vast majority, and I’m talking 99 per cent, of the vitamin-taking public are wasting their money. And some vitamins, in excess, can cause harm.”

A leading nutritionist warned the new research suggested a growing number of Australians were “self-medicating” with supplements in an ill-advised attempt to correct poor diet.

“The problems in the Australian diet concern an excess of saturated fats and sugar and salt and a lack of dietary fibre. And not a single one of those four major problems is solved by taking a vitamin supplement,” Dr Rosemary Stanton told The New Daily.

A spokesman for the Royal College of GPs reminded consumers only to take dietary supplements when advised to do so by their doctor.

On Wednesday morning, two new studies published in the British Medical Journal reported that increasing calcium intake through supplements (and diet) was unlikely to improve bone health or prevent fractures in older adults.

Other studies have found vitamin and mineral pills were either ineffective for their stated purpose and/or potentially harmful, as reported in a special issue of the Annals of Internal Medicine in 2013.

Uselessness is reason enough for patients to be wary, given they may be “wasting their limited health budgets,” Royal College of GPs spokesman Dr Tim Koh said.

He also noted the risks. For example, healthy persons who supplement unnecessarily with iron can suffer constipation. And some vitamins and minerals can interact negatively with prescribed medications.

Dr Koh said consumers should always inform their doctor of any supplements they are currently taking.

The label may tell you something

A spokesman for Friends of Science in Medicine recommended that consumers only buy products bearing ‘AUST R’, as these have stronger supporting evidence.

“If it says ‘AUST R’, then you’ve got a pretty good chance that it’s been tested for safety and efficacy for the indicated reason on the label,” Emeritus Professor Alastair McLennan said.

At a well-stocked Melbourne CBD pharmacy, The New Daily was only able to locate iron and folic acid supplements sold as AUST R. All other common supplements, such as vitamin B, C and D, as well as other brands of iron supplements, were described as AUST L.

Proper formulations may be hard to find

A nutrition expert said it was difficult for those who actually need supplements to find properly formulated products.

“Even when you look for a good multivitamin for someone who really needs it, it’s actually hard to find a multivitamin that contains the right amounts of everything,” Dr Rosemary Stanton said.

“They appear to be formulated according to price.”

She recommended never buying these pills over the internet, checking that the product came from a reputable company and always consulting a doctor.

Do you really need them?

Health experts told The New Daily that vitamin and mineral takers should be restricted to those with a medically diagnosed need, which could include:

• Folic acid for expectant mothers in early pregnancy;
• Iron for those on extremely restrictive diets, such as vegans, and others with medically diagnosed deficiencies;
• Multivitamins for alcoholics;
• Multivitamins for those with eating disorders, such as anorexia nervosa or bullemia, and for those with gut disorders that hinder digestion;
• Calcium for women at risk of osteoporosis; and
• Various supplements for the frail aged.

An industry spokesman told The New Daily there “a growing body of evidence” to prove that multivitamins and supplements were useful for humans and needed by the Australian population.

“Two out of three Australian’s regularly use complementary medicines because they want to invest in their healthcare and know the benefits,” Complementary Medicines Australia CEO Carl Gibson said.

“The naysayers such as fringe group Friends of Science are stuck in the past and do the Australian public a disservice by refusing to accept the growing body of evidence on the positive effect of complementary medicines.”