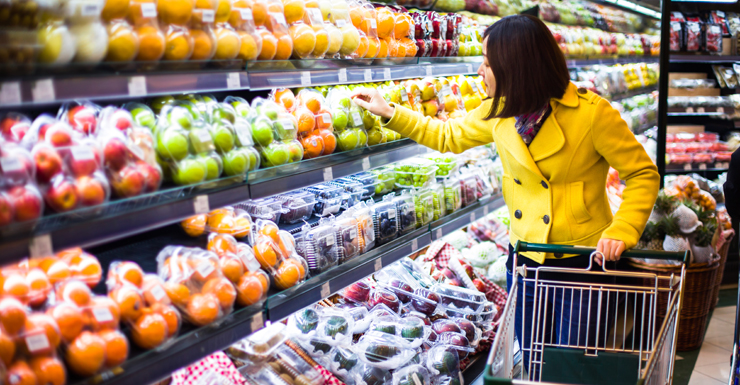 Some fruits and vegetables are better than others at boosting weight loss, possibly because they keep us feeling full for longer, new research has suggested.

A groundbreaking study based on 24 years worth of surveys from 133,000 people narrowed down these fat-busters to what a nutrition expert confirmed was a “useful” list.

• Is fruit unhealthy? Click on the owl to find out
• Why ‘eating for two’ in pregnancy is wrong
• TV weight loss is a ‘dangerous fantasy’

“This is one of the first studies to really start breaking it down into individual foods,” Deakin University nutrition expert Associate Professor Tim Crowe told The New Daily.

Hunger may explain why.

Bigger bang for your buck

A plausible explanation for why these foods aided weight loss was their higher fibre and lower energy content, the lead author said.

“Increased satiety with fewer calories could be partly responsible for the beneficial effects of increasing fruit and vegetable intake,” Harvard University public health researcher Monica Bertoia said in a statement.

This theory made sense, according to one Australian nutrition expert.

“Typically, foods that have lots of fibre and lots of water in them can be linked to better feelings of fullness and potentially better weight control,” Deakin University’s Assoc Prof Tim Crowe said.

“There’s a lot of other research showing that if you give people low energy dense foods, and fruits and vegetables are those, that they will fuller for the same volume of food compared to a volume of food that has lots of fat and calories in it.”

Any fruit and veg can kill hunger

While some may have a slight advantage, all fruits and vegetables can contribute to weight loss, the nutrition expert said.

“People that eat plenty of fruit and vegetables generally will be eating less calories overall, they’ll be eating more fibre, they’ll feel fuller, they’ll feel better and that is linked with controlling weight. And that is really what this study is picking up,” Assoc Prof Crowe said.

“I would look at the findings and if there are foods in there you like eating, well, eat more of them.”

The Harvard University study found an association between eating potatoes, corn and peas and weight gain, but this was probably a result of the unhealthy ways these starchy vegetables are often cooked in the US.

Fill up on protein

Along with fibre, there is a lot of evidence that protein is also an effective hunger killer.

A meta-analysis from 2008 that reviewed previous research found protein had the potential to play “a key role” in weight loss, in part by increasing feelings of fullness.

“[E]vidence suggests that a moderate increase in dietary protein in association with physical activity and an energy-controlled diet may improve the regulation of body weight by … increasing satiety,” it concluded.

Just don’t take that as an excuse to eat unhealthy forms of protein — such as too much red meat.

Eggs, beans, soy and lean white meat are some of the healthier sources.

In addition to fruits and vegetables, water may also promote weight loss.

A recent study published in the journal Obesity came to this conclusion after observing 84 obese adults for 12 weeks.

The group who drank more water lost more weight, despite doing no extra exercise, it found.

“We all get fatter over time, so it might well work as a prevention strategy at a population level,” study author Dr Amanda Daley told TIME.

Water seemed to work in the same way as high fibre fruits and vegetables by decreasing hunger. Eat these foods if you want to lose weight