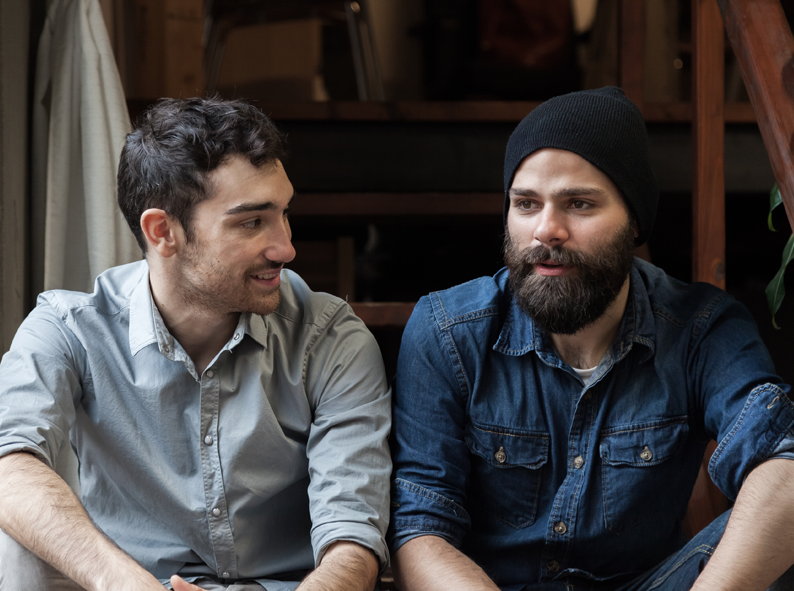 Everyone knows the importance of checking up on a loved one. But do you know the correct way to go about it?

Turns out it’s pretty important that you do.

The key is knowing how to raise your concern, an expert told The New Daily, and right now is the perfect time to learn.

• Buddy revelation has “moved the goalposts” on mental illness
• Three ways your mobile phone is bad for you
• Snooze fest: the best songs for nodding off

On Thursday, mental health initiative ‘R U OK? Day’ will be held across Australia and campaigners stress that engaging in the lost art of conversation can potentially change a loved one’s life.

“R U OK Day? is a reminder to start a conversation, or to continue one,” the initiative’s program director Rebecca Lewis told The New Daily.

“We want to inspire people to start a conversation about all of life’s ups and downs,” she said.

“It can be a work bother, living with a mental illness or even a divorce or potentially being retrenched from a job.

“The chat is about being present to another’s pain or stress or anguish.”

Ms Lewis said there is a difference between a trained counsellor and a loved one or friend. While family can’t treat a mental illness like a professional, they can identify the small changes that might indicate a problem.

But given we’re talking to each other less and less, we need to know the best way to go about the tough conversations.

Consider this data from Virgin Mobile, that shows in the last year there has been a dramatic drop in the time people spend talking on the phone.

Almost 79 per cent of those surveyed believe Australians have lost “the magic of voice-on-voice conversation”. On R U OK? Day, all calls between Virgin Mobile users will be free to encourage more conversation.

Luckily it isn’t difficult to prepare yourself to check in with someone you’re concerned about. There are just a few easy steps to follow.

Ms Lewis told The New Daily there is no point trying to help someone else, if the time isn’t right for you.

“Make sure you’re in the right frame of mind yourself,” she said. “Don’t do it if you’re really stressed out. It needs to be the right time for you to be there for someone else.

“If so, just save the conversation for a later date.”

Where you choose to have the conversation is also vitally important. You both must feel safe and secure with what is being said.

“Make sure you pick a place that is appropriate for talking about intimate and personal stuff – not the water cooler at work.

“A park or a cafe, where you can chill out is good. There can’t be concerns about people overhearing you.”

2. When asking: ‘Be yourself, trust your gut’

Act normally and politely, don’t let the person evade the question. You wouldn’t be asking if it wasn’t serious, Ms Lewis said.

“All we need to do in the first instance is ask, listen and not judge,” she said. “Try and walk in their shoes, use compassion, empathy to try and understand what is going on in their life.

“If you think someone is trying to dismiss or avoid the question don’t be shy to dig a little bit deeper.

“If they become angry, don’t take it personally. They might have other stuff going on you don’t know about it.

“Never doubt the fact that you’ve done a good thing. Showing concern, even if they aren’t willing to talk, is helpful.”

3. Listen. Do not attempt to cure

Avoid: trying to fix the problem, and giving flippant responses like ‘look on the bright side’, Ms Lewis said.

“They need to be convinced that you’re genuinely interested in their answer, it needs to be an invitation to open up.

“Show that you’re really interested in the answer, whatever it may be.”

Ms Lewis acknowledged the first chat is the toughest, but once it’s done, you must keep in check.

“Following up is incredibly important, It is critical the conversation is on going,” she said. “Continued interest is really important.

“So maybe follow up in a week’s time, initially. Let them know you’re always open.”

For help or information on depression and suicide: Matildas will be keen to forget 7-0 drubbing by Spain
Upcoming stats will reveal where and how hard rates are hitting economy
Victorian MPs pocket a tidy 2.75 per cent pay raise
Reserve Bank review isn’t a ‘get the governor’ exercise: Jim Chalmers
‘Violence for weeks’ feared after landmark US abortion ruling
Aussie Hannah Green within striking distance of Women’s PGA Championship lead
Brainwave-reading headset could ‘change the world’
Today's Stories

Are you ok? What to ask someone you’re worried about