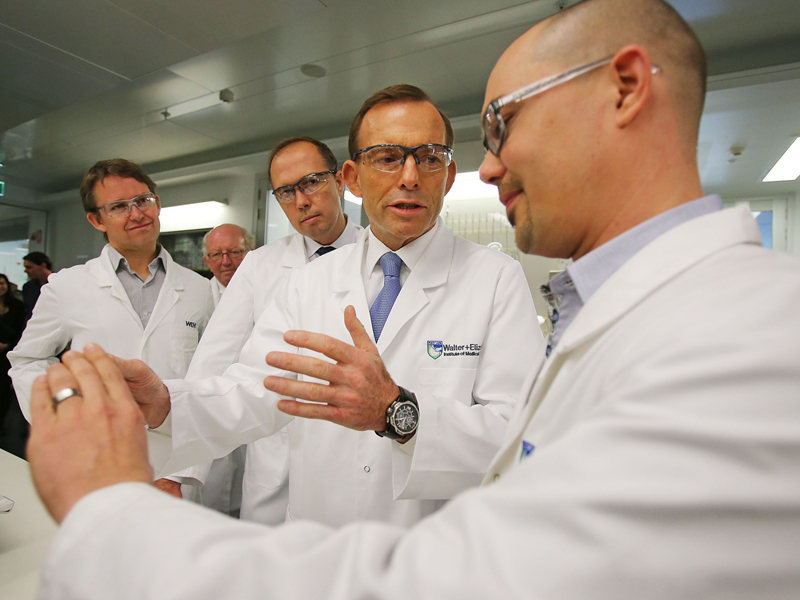 Patients visiting a GP clinic would pay more overall but less upfront under a counter-proposal to the Abbott government’s “ill-thought-out” co-payment.

In a written submission to a review of Medicare, the Australian Medical Association (AMA) lobbied for the power to impose extra costs, just five months after the new Health Minister finally put the doomed GP co-payment to rest.

A spokesman for the medical association criticised the government for failing to consult on the co-payment, saying the industry’s proposal would be “fairer”.

Under the proposal, Australians eligible for the Medicare rebate (most patients) would no longer have to pay the cost of the rebate upfront and then wait to be reimbursed. Instead, the GP would bill it directly to the government.

“If you’re a person without the means – you have a couple of kids and ready cash flow problems – your credit card may be maxed out. There could be a whole host of reasons that having to pay upfront is difficult,” AMA spokesman Dr Bryan Morton told The New Daily.

In exchange, GPs would be able, at their discretion, to charge another upfront fee (called a ‘gap fee’) on top of the Medicare rebate, which would go straight into their pockets – something they cannot do currently. This would eliminate the need for doctors to “take a hit” to help out poorer patients, the spokesman argued.

“If it was someone who lived day-to-day who didn’t qualify for any concessions, then they might only be asked to pay $5 out of their pocket. And that’s affordable and fair,” Dr Morton said.

As a result, many patients would pay less upfront, but cost the system more. Others might be asked to pay a small upfront fee when in the past they had paid nothing upfront.

“People who can afford to pay can pay a small amount according to their means and the GPs can judge that.”

This system would be “much fairer” than the co-payment because it would allow GPs to selectively impose the gap fee, whereas the co-payment was compulsory and probably would have applied to more patients, Dr Morton said.

Critics have long opposed the ability for doctors to direct bill the Medicare rebate and charge a gap fee because it was thought that Medicare costs could blow out as a result, driving up costs for everyone.

“Well, that’s not going to happen. They’re going to find that a lot of GPs only charge minimal, if anything, above the bulk billing rate.”

Health Minister Sussan Ley has ruled out any changes to Medicare until at least 2016, when the reform process is completed.

Her predecessor, Peter Dutton, failed to consult with the industry, the AMA spokesman said. If he had, the current proposal would have emerged, Dr Morton said.

“It was a very ill-thought-out system.”