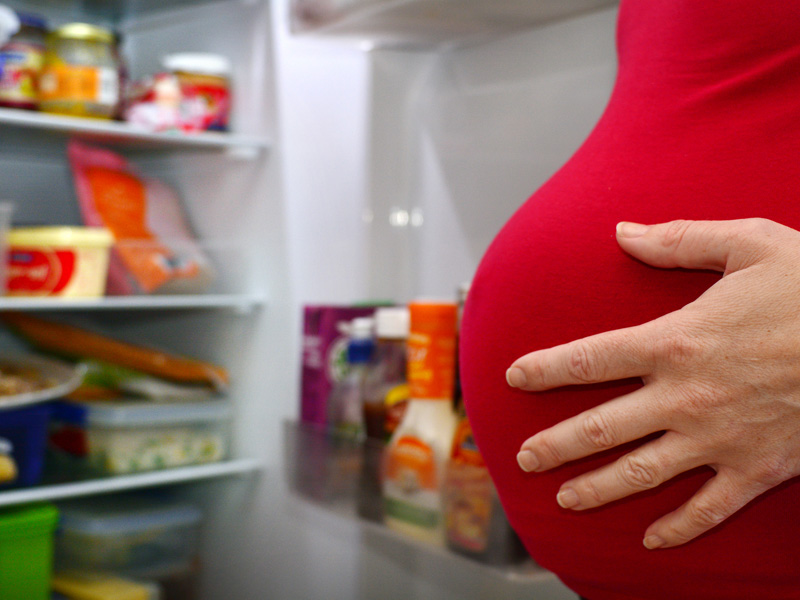 A warning from a British health body against overeating and excessive weight gain during pregnancy has been echoed by Australian experts.

A leading Australian obstetrician told The New Daily it was a myth that pregnant women should ‘eat for two’, saying instead that unhealthy weight gain was harmful to mother and baby.

“Without a doubt they should not be eating for two,” the Royal Australian and New Zealand College of Obstetricians and Gynaecologists (RANZCOG) committee member Joseph Sgroi said.

About half of all Australian mothers gain more weight than recommended in pregnancy, Obesity Australia calculated.

A local obesity researcher previously warned that excessive pregnancy weight gain has “far-reaching consequences”, both due the risk of complications and its contribution to the “cycle” of obesity.

“A mum who gains too much weight during pregnancy gives birth to an overweight daughter, who in turn is more likely to be an overweight child and young adult, who is then more likely to gain excessive weight during their first pregnancy, and give birth to a child with excess fat, and the cycle repeats itself,” University of Sydney academic Professor Jennie Brand-Miller wrote online in 2013.

“In the long run, the excessive weight gain in pregnancy has contributed to the current epidemic of obesity in women and children.”

The risks are many

One of the risks of being overweight while pregnant is gestational diabetes, which can lead to “serious complications” during pregnancy and birth, an expert said.

Diabetes Australia CEO Greg Johnson told The New Daily this type of diabetes, in which mothers develop abnormally high blood glucose levels, was becoming more common, affecting about 10 per cent of all pregnancies.

The condition increases the risk for mother and baby of getting type 2 diabetes post-pregnancy. The baby can also be prone to obesity and cardiovascular problems later in life, Mr Johnson said.

“There may be a serious health risk to the baby bigger than diabetes.

“It’s a new field and there are lot of new studies going on looking at that.”

Mr Johnson noted that obesity was only one of six risk factors for gestational diabetes, saying the cause was more than just “what you put in your mouth”. Ethnicity, family history and older age also increased risk, he said.

Side effects of being overweight while pregnant, according to Dr Sgroi, included:

• High blood pressure;
• Obstructive sleep apnea, which leads to high blood pressure;
• Not going into labour;
• Not able to progress though labour, requiring a caesarean;
• Increased chance of a bigger baby;
• Risk of a large baby getting its shoulders lodged during labour;
• During and post-birth a woman might experience a combination of blood clots in the lungs and legs; and
• Decreased breastfeeding ability.

How to avoid pregnancy weight gain

“It’s better to start at a healthy weight earlier, than trying to control it while during pregnancy, so be prepared.”

Protein was very important for the growth of the baby, and could increase to about 1.1 grams per kg intake per day, he said. Carbohydrates could jump from 120-130 grams each day (about three slices of bread) to 175 grams (four slices of bread).

“It’s important to maintain good dietary intake and have good, nutritional foods during pregnancy to maintain adequate growth of the baby,” he said.

For more information about diabetes visit diabetesaustralia.com.au or phone 1300 136 588. Why ‘eating for two’ during pregnancy is wrong